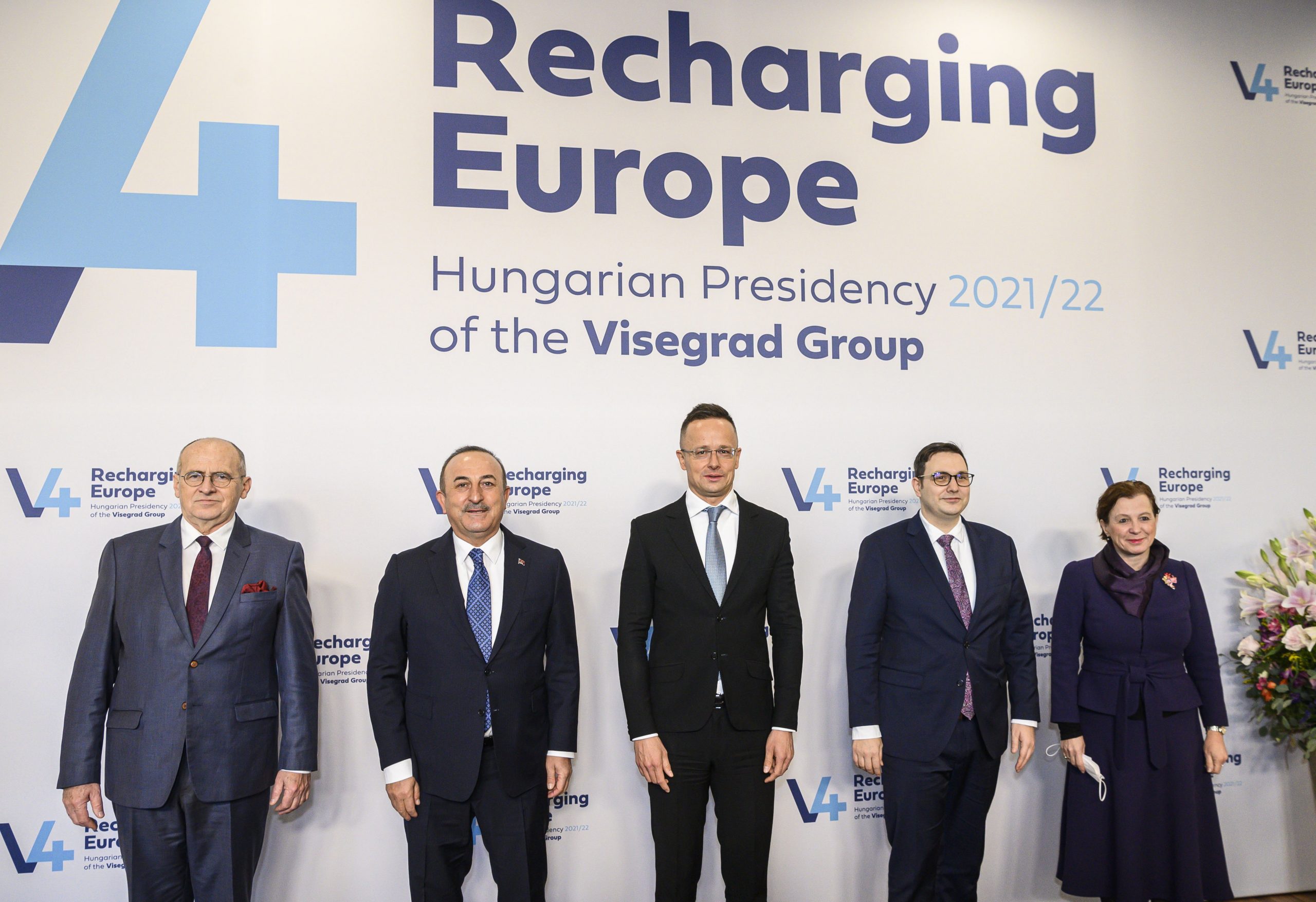 The European Union should transfer without delay all the support promised to Turkey for looking after migrants staying there because Ankara has a highlighted role in protecting the continent, the foreign ministry said citing Foreign Minister Péter Szijjártó as saying on Tuesday.

Szijjártó told a joint press conference after a Turkey-Visegrad Group foreign ministers meeting that Europe was under unprecedented attack from three directions which is expected to strengthen in the future.

One of the reasons he cited was the situation in Afghanistan. He said that following the failure of international intervention there, food supplies were in danger for some 23 million people in the country and the number of internal refugees had reached four million.

In order to present further migratory waves, the publication of statements and plans that encourage migration should be prevented and close partnership should be developed with countries on the route of migrants, he said. In terms of the latter effort, Turkey plays a key role in the protection of Europe, he added.

“The protection of Hungary’s southern borders starts in Turkey and with Turkey,” he said.

As a result, Szijjártó called on the EU to transfer the entire sum of 6 billion euros which had been promised to Ankara, especially considering that the Turkish government has already spent 40 billion dollars on looking after migrants staying in the country, the ministry said. Additionally, he said the community should support Turkey’s border protection efforts in order to prevent a further increase in migratory pressure.

Szijjártó said the Hungarian government was strongly against the EU’s plan to sign the Post-Cotonou agreement with 79 African, Caribbean and Pacific States which he described as “the little brother of the UN Global Compact for Migration”.

Instead of finding ways for Africans to come to Europe, the EU should agree with Africa on how Africans can be convinced to stay at their place of birth, he said.

Turkish Foreign Minister Mevlut Cavusoglu said his country was looking after the largest number of refugees in the world since 2014. As a result, he said settling the Afghan situation was especially important and added that the international community should gradually establish relations with the new Talib leaders.

Czech Foreign Minister Jan Lipavský said the V4 group was an important format for cooperation and added that Ankara played a key role in the fight against illegal migration.

Polish counterpart Zbigniew Rau called for speeding up EU enlargement in the Western Balkans and praised opportunities for economic cooperation between the V4 and Turkey.

Slovak foreign affairs state secretary Ingrid Brocková said it must be prevented that Afghanistan should again become a starting point of terror attacks and migratory waves. She said increasing pressure in the Western Balkans was cause for concern.