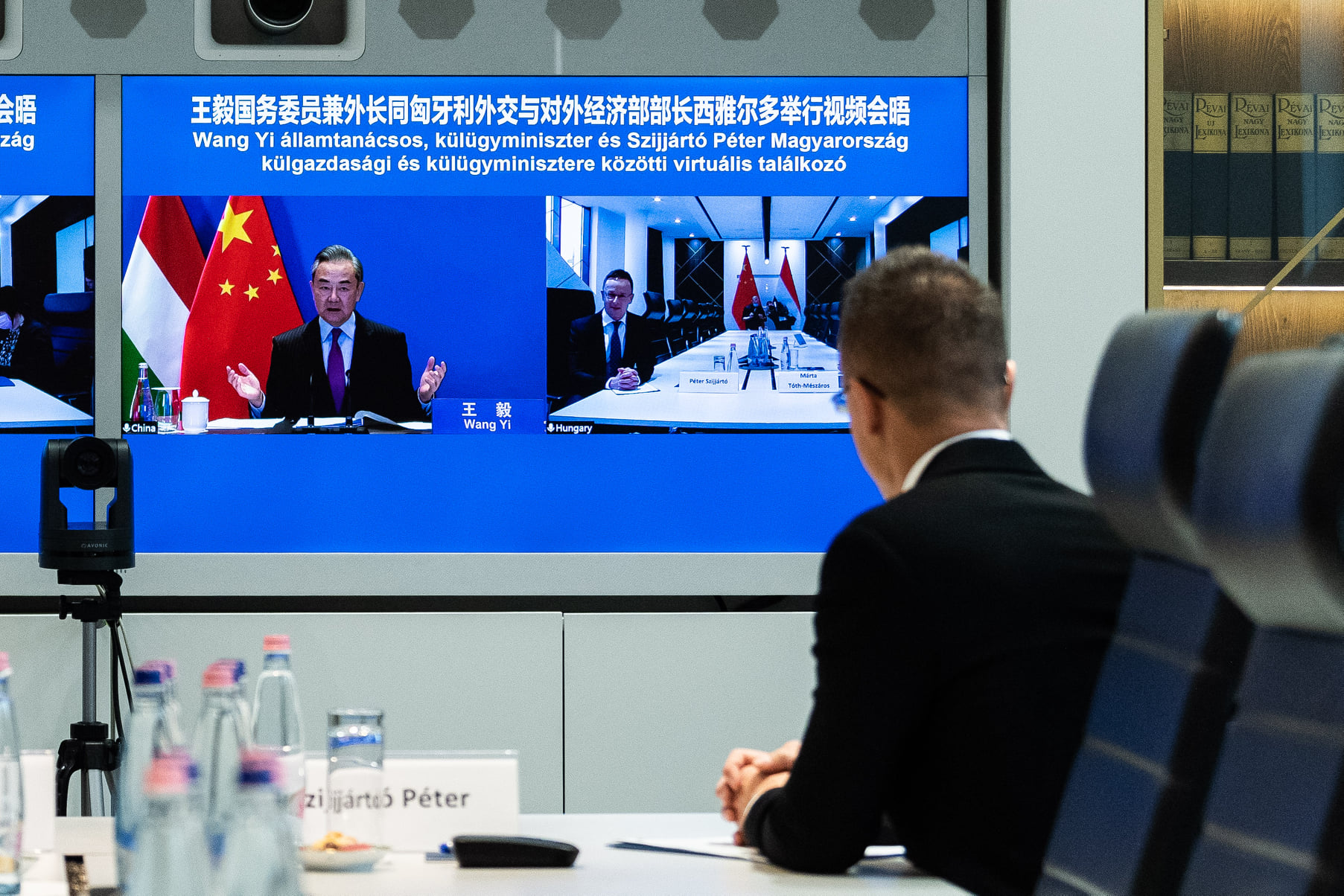 Hungary greatly profits from and seeks to continue pragmatic cooperation based on mutual trust with China, Foreign Minister Péter Szijjártó said on Thursday after a videoconference with counterpart Wang Yi.

Szijjártó told Wang that in recent weeks he had attended events announcing Chinese investment and ground-breaking ceremonies worth over 90 billion forints (EUR 245m), the ministry said. China was the largest investor in Hungary last year and came second after South Korea this year, he added.

Wang congratulated Hungary for successful crisis management and noted that when China was in trouble during the first phase of the coronavirus pandemic, Hungary came to its help. During the third wave, Budapest could rely on Beijing on the fast supply of vaccines, he added.

Szijjártó said cooperation would continue concerning vaccines, with China having expressed willingness to negotiate on the production of Sinopharm vaccine in Hungary based on a licence.

The government is willing to make available Hungary’s experiences gained during the use of the Chinese vaccine if this is necessary in the licensing process of the vaccine by the European Medicines Agency, Szijjártó said.

He announced the opening of a new Hungarian consulate-general in Guangzhou, adding that this is expected to further improve economic and investment links between the two countries.

He said that the value of bilateral trade increased by 21 percent this year and reached 8 billion dollars by August, while the Hungarian export volume to China increased by 33 percent.

Szijjártó said that around twenty Hungarians athletes would compete at the Winter Olympics in Beijing this winter. Commenting on various calls for boycott, he expressed hope that “politics would not be mixed up with sport”.