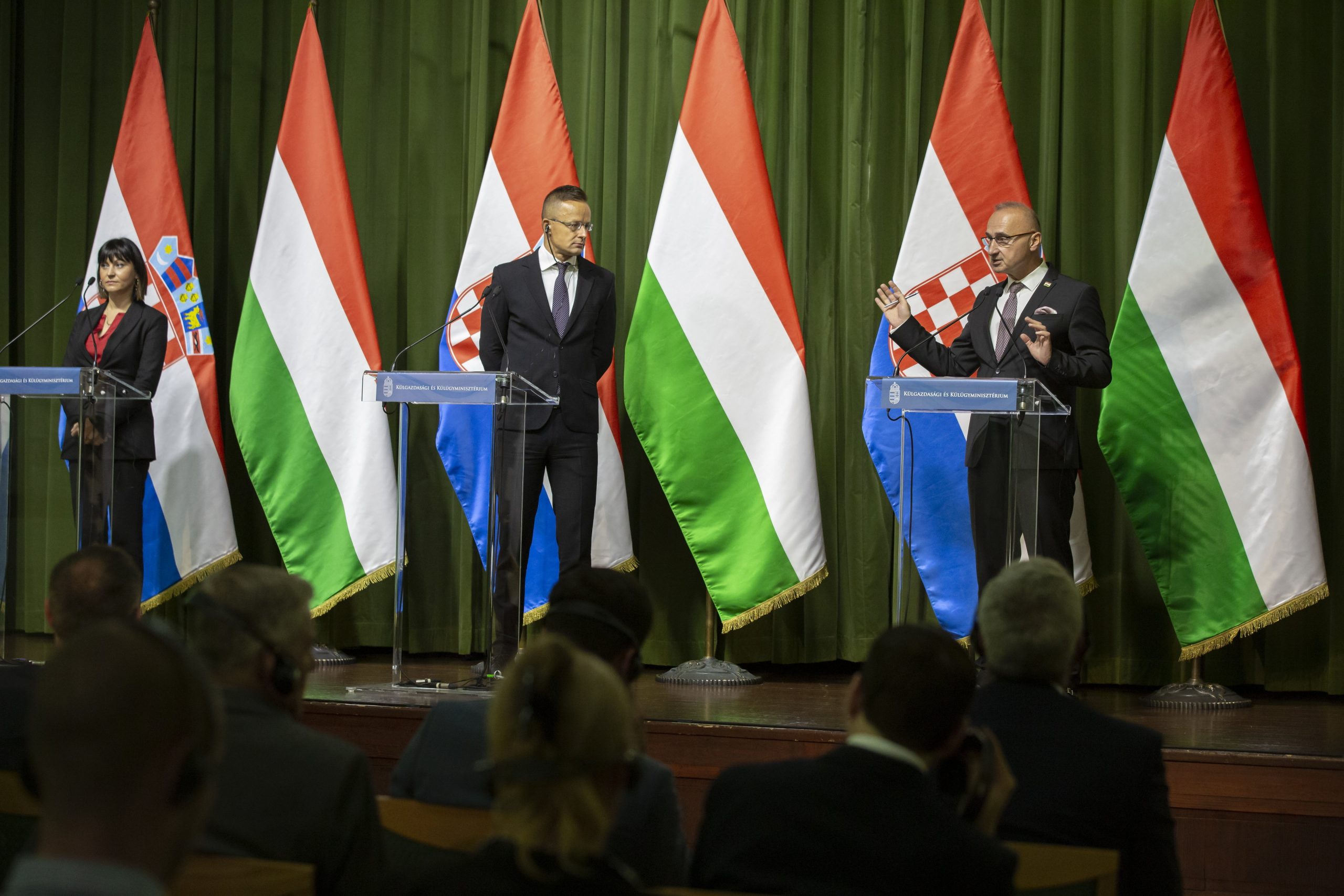 The foreign ministry said that at the meeting in Nagykanizsa, in southwest Hungary, Szijjártó said Hungary’s M6 highway will reach the Croatian border by 2024, and meet a Croatian highway, which will have also been completed by that time, at Ivándárda.

Hungary and Croatia have jointly won European Union funding for the construction of a bridge on the river Mura between Murakeresztúr in Hungary and Kotoriba in Croatia, and will open two new border crossings between the localities of Zákány and Gotalovo, as well as Sarok and Knezevo (Főherceglak), he said.

Meanwhile, the two countries are working to integrate their gas transport systems to improve regional competitiveness, he said.

Hungary and Croatia are on similar footing regarding migration too, Szijjártó said. “Our stance is clear: we do not wish to see illegal migrants in this part of Europe, and will protect our borders and preserve our right to decide who to allow into the country,” he said.

featured image: Szijjártó (in the middle) with Grlic-Radman (right) and Natasa Tramisak (left); via György Varga/MTI