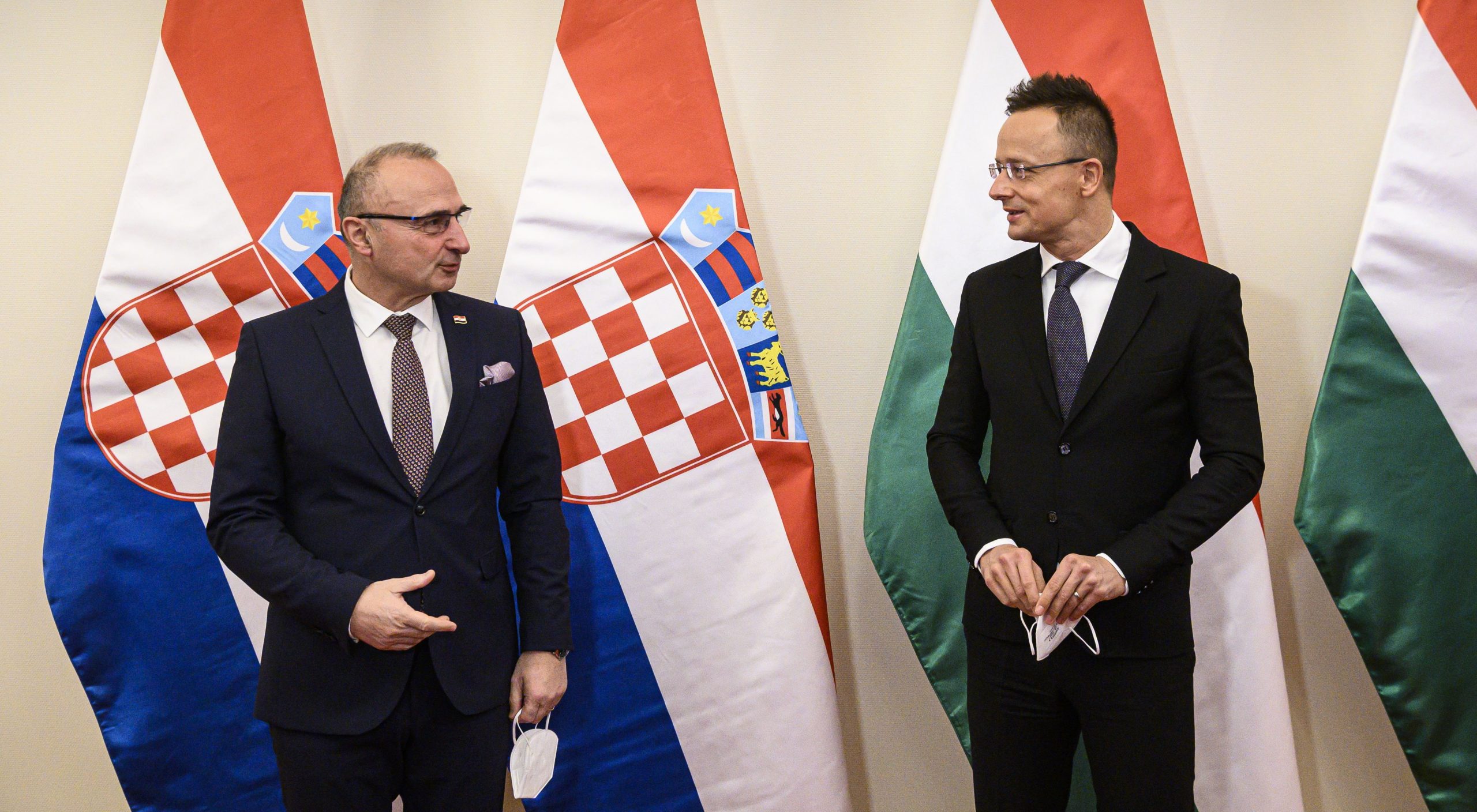 Hungary and Croatia have mutually benefitted from bilateral cooperation, with trade volume more than doubling since 2010, Péter Szijjártó, the minister of foreign affairs and trade, said on Tuesday.

Trade thrived even during the coronavirus pandemic, with trade volume reaching a record 2.6 billion euros in the first ten months of 2021, the minister said at a panel discussion marking the 30th anniversary of diplomatic ties between the two countries.

Hungarian companies such as MOL and OTP see Croatia as an important market, and it plays an important role in the government’s foreign investment strategy, he said.

Hungary also supported Croatia when it was bidding to join the European Union, particularly during the last stretch of accession talks under Hungary’s 2013 presidency, he noted. “Croatia joined the EU just in the nick of time, before anti-enlargement sentiment grew in certain member states,” he said. “The EU has benefitted from Croatia’s integration,” he said. “That is a serious argument for pursuing with [enlargement] policy,” he added.

Croatia also supported Hungary during its presidency in 2020, demanding fairness “even in the face of forceful, hypocritical attacks” against the country, he said.

Szijjártó welcomed the development of the energy networks of both countries, adding that access to Croatia’s liquid natural gas (LNG) terminal had enabled Hungary to sign a long-term gas supply contract with “another player than Russia” for the first time.

Meanwhile, support for national minorities in Hungary and Croatia is exemplary, and related funding “is at an all-time high”, he said.

Szijjártó said central European countries could punch above their weight whenever they cooperated.

Croatian Foreign Minister Gordan Grlic-Radman said Hungary had been “an important friend” to Croatia ever since the fall of communism, and bilateral cooperation had thrived. “Had it not been for Hungary, we probably could not have joined the European Union,” he said.