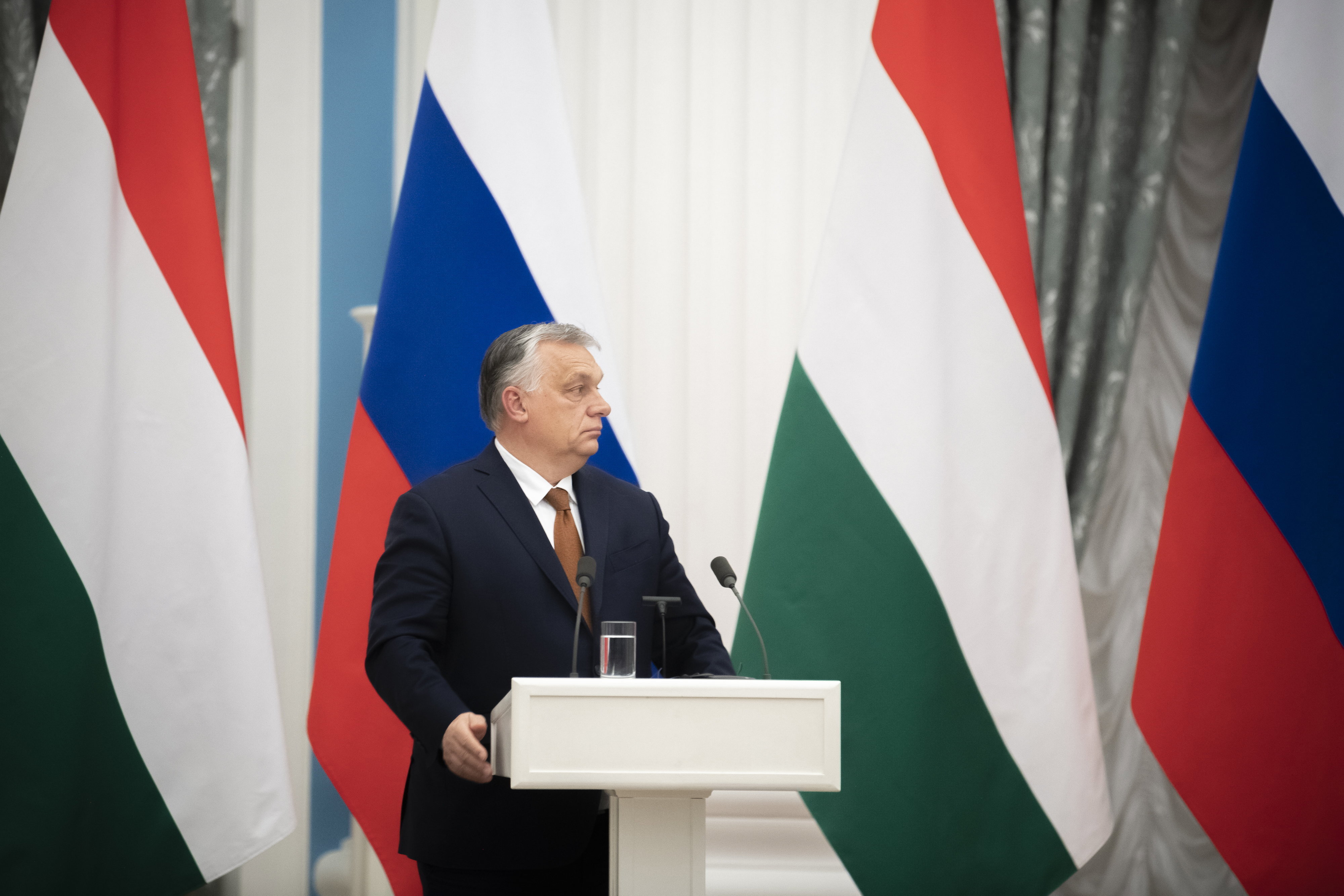 As elections are nearing, both major political sides have suggested the threat of foreign interference. While the highest-ranking politicians on the ruling side suspect such actions from George Soros and the west, even including the European Union which Hungary is a member of, several opposition politicians point to Russia, referring to Viktor Orbán’s good relations with Vladimir Putin and a recent controversial case.

Recently, it was the head of the PMO who put the question back on the agenda. He noted the Orbán government’s “opposition to the European mainstream” on key issues, and warned of “an attack” from abroad rather than “recognition” of the government’s policies. Referring to “the western European elite,” he insisted they want to take over “the helm of Hungary’s ship.” The minister said this elite was “pro-immigration, pro-LGBTQ, and internationalist.” “We, a sovereign country, reject any foreign intervention.”

As of late, the Foreign Minister has also suggested potential foreign interference in the Hungarian elections. Without revealing any concrete examples, Péter Szijjártó stated that some embassies in Hungary “are instigating others to joint action.” He attributes this to the Hungarian government going against the liberal mainstream and its hegemonic goals, which is why they want them to go and are doing their best to help the opposition.

A few months ago, the Financial Times quoted the Foreign Minister as saying that they will try to interfere in the upcoming Hungarian election between Viktor Orbán and Péter Márki-Zay through the Global Magnitsky Act. He also claimed that “certain preparatory phases have already been detected.” However, in response to CNN to clarify his statement, Szijjártó softened his position some days later and argued that he had only said that in Central Europe, “…we always have to count on the West and East, so both sides willing to put influence in this region.” However, a few days later, when talking to Tucker Carlson, he did not refute the host’s claim that the “liberal mainstream” sees the Orbán government “as a much bigger threat than China- which tells you everything. They are going to try to interfere with your election.”

Viktor Orbán is also convinced about foreign interference. In August last year, he told the rightist Tucker Carlson show that “we are not worried because we are prepared. Of course, the international left-wing will do everything to change the government in Hungary. We are prepared for that.”

In the EU, there are fears that it is rather the Hungarian government that facilitates foreign interference, endangering the block. Lately, the Fidesz administration has been condemned by a European Parliament committee over the illegal use of the Israeli Pegasus spyware and the planned Budapest campus of the Chinese Fudan University. The document of the MEPs of the Special Committee for foreign interference in all democratic processes in the EU, including disinformation (INGE), actually includes several strong statements regarding Hungary, such as: “the country, together with Serbia, is helping China and Russia with their geopolitical objectives and spreading disinformation in the region.” It also names politicians, countries, and organizations they believe are complicit in facilitating external interference aimed at undermining European democracy. Fidesz (and opposition Jobbik too) are mentioned explicitly as also reportedly having close contact with the Kremlin.

Several op-eds in the media under Fidesz’s influence have repeatedly published opinion pieces and articles about suspected western interference in the upcoming elections.

It was Budapest mayor Gergely Karácsony (of opposition Párbeszéd party) and his allies who suggested that the City Hall case, through which he was attacked by the media under Fidesz’s influence and ruling politicians, is a genuine “kompromat” case, made up in order to denigrate the opposition (the recordings were made when he was the favorite to win the primaries to then head the opposition alliance’s list at the elections).

Related article
US Will Not Interfere in Hungarian Elections, Says Deputy Chief of Mission 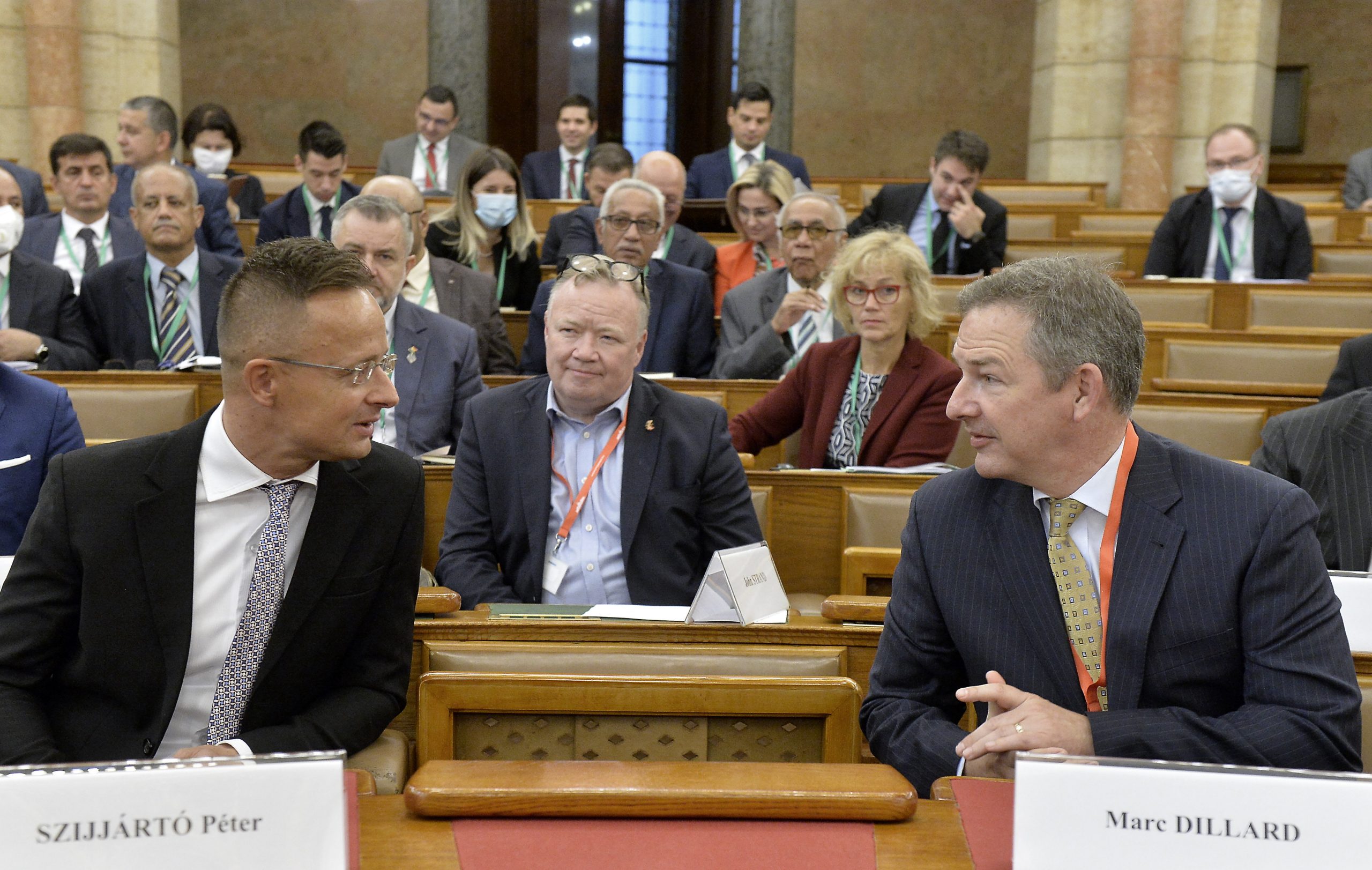 The United States respects Hungary's sovereignty and democratic institutions and they are confident that the electorate will make the right choice about the path the country should follow, Marc Dillard said.Continue reading

The Budapest Assembly even invited one of the most well-known Russian experts to the Assembly’s investigative meeting. The research fellow of the University of Public Service (NKE) hasn’t ruled out the possibility of such phenomenon either. András Rácz said it was clear that it was in Russia’s interest to keep the incumbent government in power, and it would be “very surprising” if Moscow didn’t try to interfere in the outcome. This is because a new opposition-led administration would presumably take a U-turn on issues important to Russia, such as the Paks upgrade, EU sanctions, and the relation to Ukraine, Rácz argued.