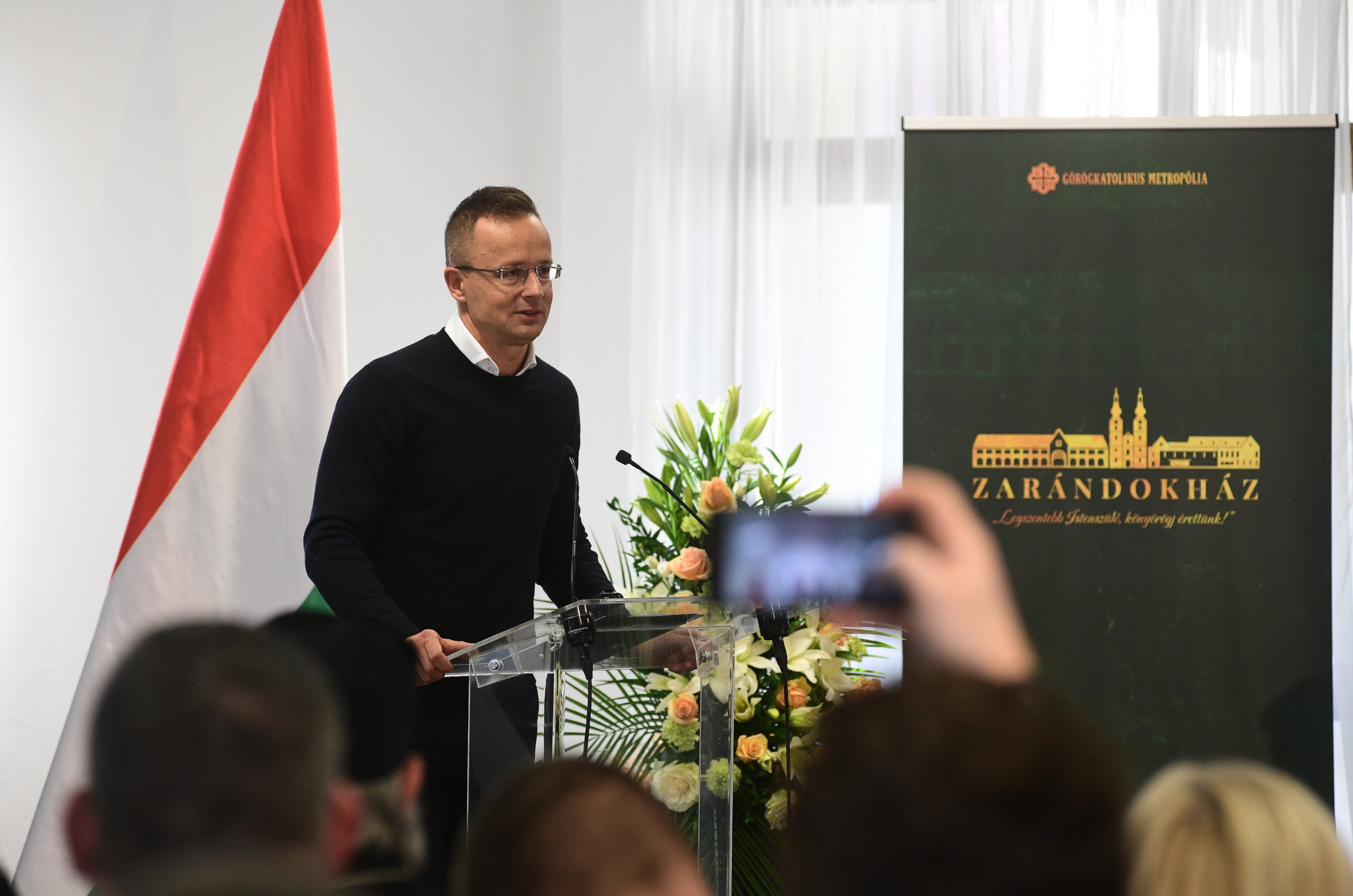 Péter Szijjártó, Hungary’s minister of foreign affairs and trade, inaugurated a memorial of national cohesion in Máriapócs, in northeast Hungary, on Friday.

Addressing the ceremony, he said that the April 3 general election would be “crucial, not just a decision between social or economic approaches but also a question of security or war.”

Szijjártó called on ethnic Hungarians living in Transylvania to vote “because the [Hungarian] left is trying to drag the country into war, and we have to prevent that.”

The Hungarian right has fought much to give all Hungarians a role in the decisions on the country’s future, irrespective of their place of residence, he said. Meanwhile, “the leftists tried to exclude Hungarians across the borders from our joint decisions,” he said.

Meanwhile, Szijjártó said some 300,000 voting documents were being posted to Transylvanian Hungarians. He thanked the Romanian government for helping the election.

Romanian Deputy Prime Minister Hunor Kelemen highlighted the importance of cross-border cohesion. The “paradigm shift” in Hungary’s policy for Hungarians across the borders in the past 12 years has strengthened that cohesion, he said.