Hungary and Kyrgyzstan have recently lifted their cooperation to a strategic partnership and have taken the decisions needed to further advance their relations, Foreign Minister Péter Szijjártó said in Bishkek on Tuesday.

Central Asia is one of the world’s fastest-growing regions and will continue to be a key destination when it comes to Hungary’s foreign trade aspirations, Szijjártó said in a joint press briefing with his Kyrgyz counterpart Jeenbek Kulubayev, according to a foreign ministry statement.

The Hungarian-Kyrgyz development fund recently began operations, Szijjártó said, adding that the Hungarian government had contributed five billion forints (EUR 13.2m) to it with a view to supporting investments by Hungarian companies in Kyrgyzstan. Preparations on the first projects are underway, with Hungary and Kyrgyzstan engaged in advanced talks on the construction of hydropower plants, the delivery of live animals, the export of ATMs and the construction of irrigation and sewage systems, Szijjártó said. 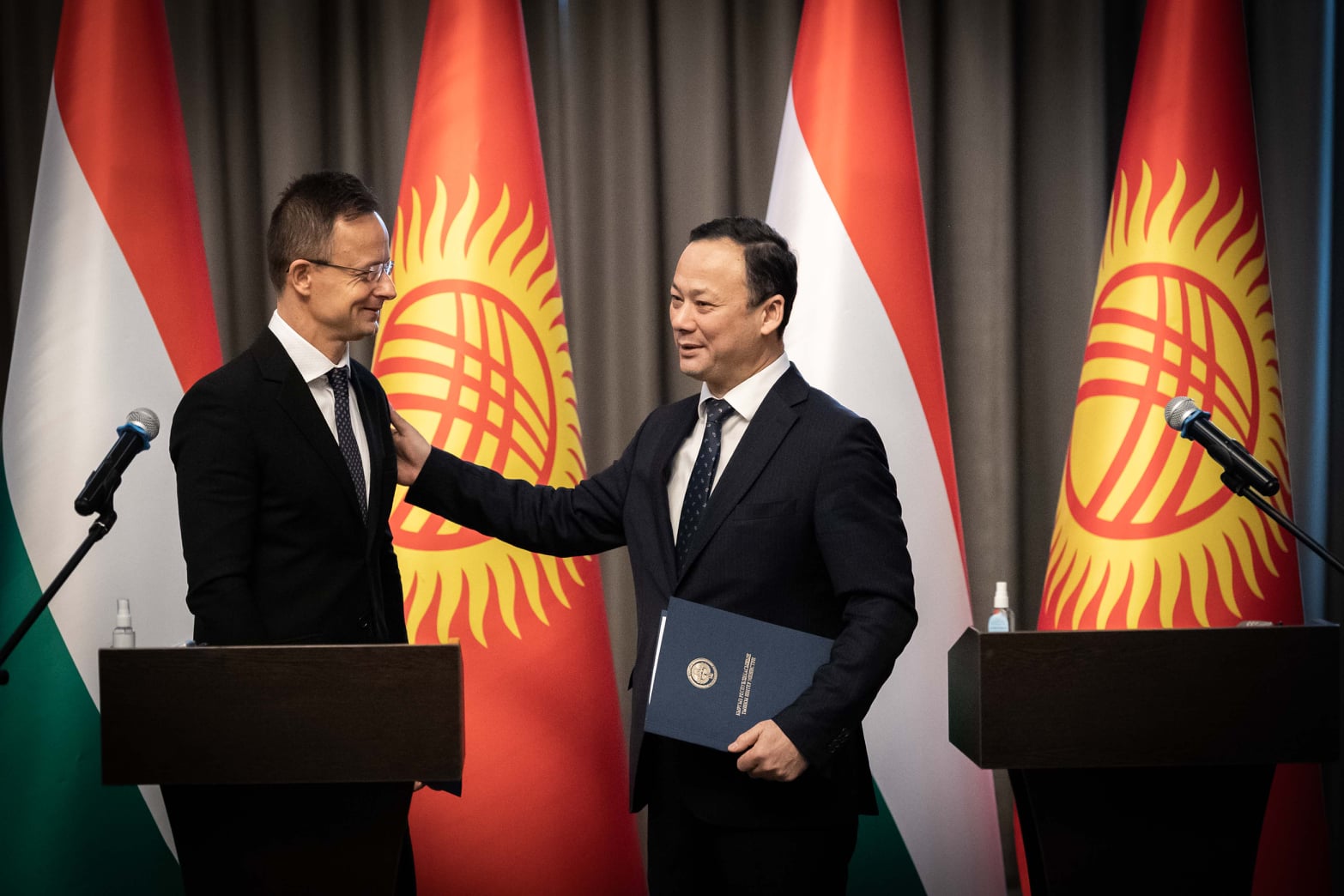 Péter Szijjártó said the 16 million dollar fund will ensure credit and other financial instruments for investments by Hungarian companies in Kyrgyzstan.Continue reading

As regards the war in Ukraine, Szijjártó said the conflict was also affecting Hungarian-Kyrgyz relations, noting that a direct air link between Budapest and Bishkek had yet to be established due to the crisis.

Szijjártó underlined the importance of preventing security threats in Central Asia, preventing Afghanistan from becoming a source of migration waves, waging a successful fight against terrorism and putting a stop to the spread of extremist ideologies.

Szijjártó urged greater European Union support for Kyrgyzstan’s efforts in this area and called on the bloc to sign a cooperation agreement with Kyrgyzstan as soon as possible. He said the EU should also double its financial support for the border protection efforts of Central Asian countries.

Kulubayev noted that Kyrgyzstan and Hungary mark the 30th anniversary of the establishment of diplomatic ties in 2022. The two countries have come a long way since 1992, he said, stressing the importance of boosting cooperation in several areas.

At the second meeting of the Hungarian-Kyrgyz Strategic Council, the parties signed a cultural cooperation agreement and agreed on the schedule of bilateral cooperation for 2022-2025.

Earlier in the day, Kyrgyz President Sadyr Japarov decorated Szijjártó with the Order of Friendship in recognition of his efforts to advance bilateral relations.