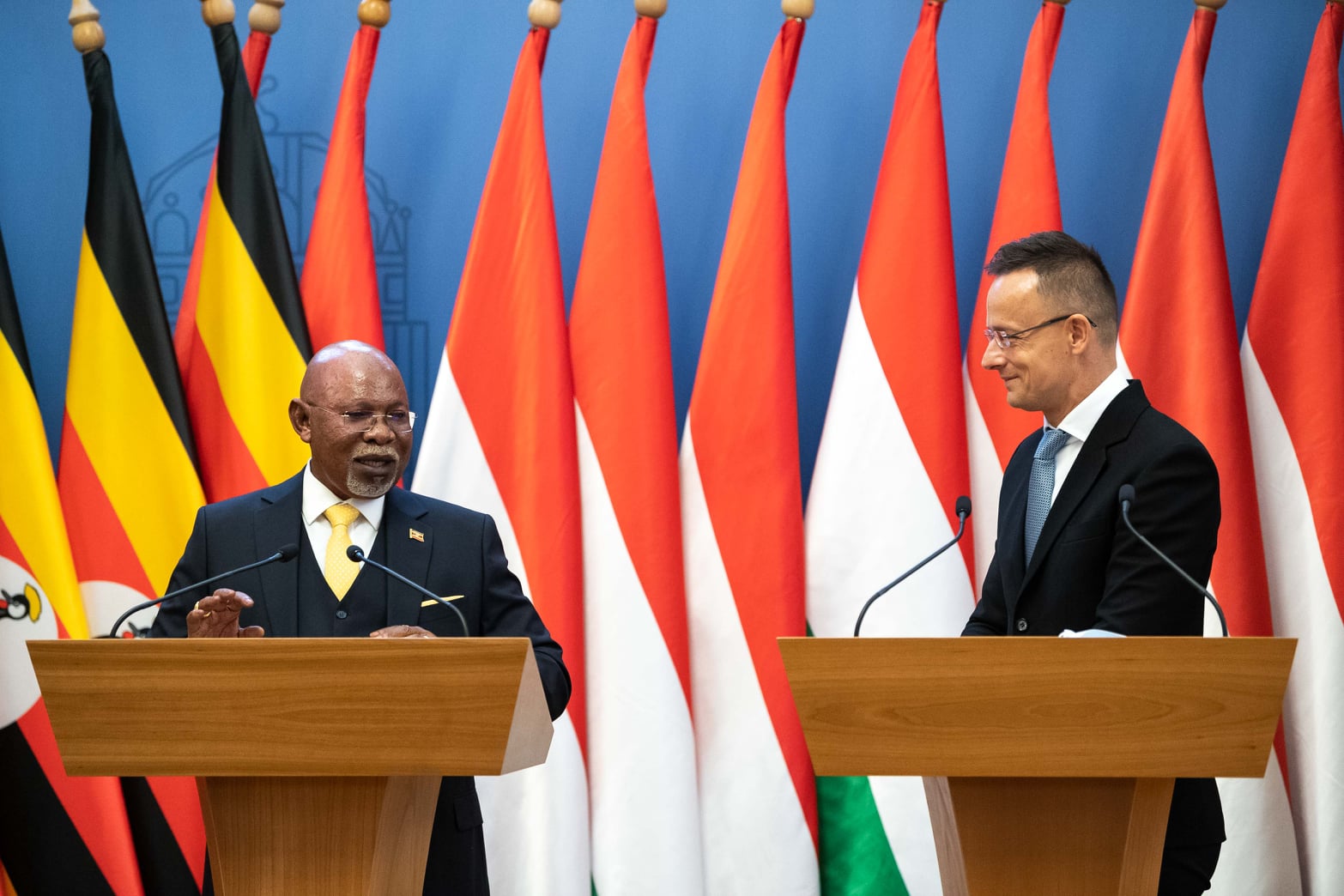 Hungary is implementing its largest ever international economy development in Uganda in an effort to halt migration, Foreign Minister Péter Szijjártó said on Monday in Budapest.

He told a joint press conference with Ugandan counterpart, Abubaker Jeje Odongo, that “migration and terrorism, which are closely interlinked, pose the greatest threat to the security of Europe” and Africa represents the primary source for both.

The Hungarian government believes in enabling locals to stay in their homelands. African countries that want to retain their citizens are important allies in this effort, he said.

“It is a vested interest of European countries and people that the European Union, Brussels, should support these countries in these efforts,” he added. Instead of “constantly increasing the funding for migration”, European resources should be used for stopping it, he added.

The government’s position is that help must be taken to where it is needed, he said. As a result, a 5.2 billion forint (EUR 14.4m) economy development scheme is being implemented with Hungarian financing and by Hungarian participants in Uganda, a country which receives one of the largest number or refugees and migrants in the world, he added. 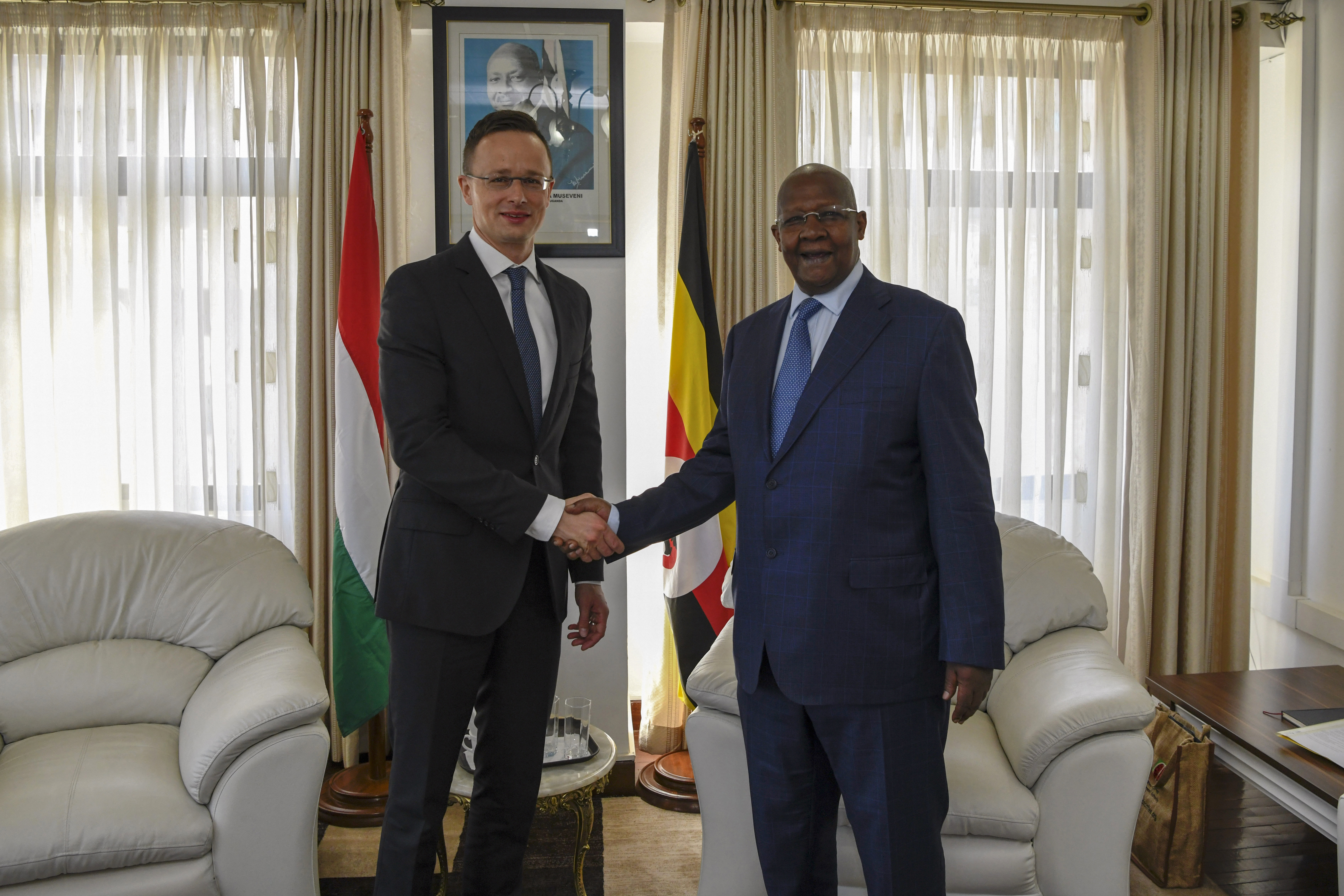 Hungary will implement “the largest foreign investment project in its history”, worth 5.1 billion forints (EUR 16.2m), in Uganda, Foreign Minister Péter Szijjártó told wire service MTI by phone from Kampala on Tuesday. The project, implemented in cooperation with the Ugandan government, will “help locals and refugees prosper in the country so that they do […]Continue reading

Hungarian water treatment solutions are being used to provide daily 160,000 litres of drinking water in a refugee camp, mobile health containers have been supplied and a hospital in Kampala is being supplied with Hungarian cardiology equipment, he said. Hungarian companies have set up a cyber security centre and biometric registry for refugees and migrants, and Hungary supports developments in the tourism sector, he added.

The security, hygienic and economic developments are planned to enable Ugandan people and migrants in Uganda to stay in place, Szijjártó said. The scheme is planned to continue, with Eximbank opening a 46 million dollar credit line to support Hungarian companies to get involved, he added.

In cooperation with Germany, Hungary is participating in a development programme dubbed Sanitation for Millions which involves a 300 million forint contribution to improving hygienic conditions in schools and hospitals, he said.

Szijjártó also said that Uganda needs long-term economic development and the modernisation of agriculture is an important area of bilateral cooperation. Hungary has started agricultural training in Uganda to offer competitive skills to local experts. Additionally, twenty Ugandan students can attend Hungarian universities each year with the help of state scholarships. Some 122 applications were submitted for the positions this year, which demonstrated significant interest, he added.

Jeje Odongo thanked Hungary for its support and expressed appreciation of the southern and eastern opening strategies which he said contributed to global cooperation to resolve common challenges. He said vaccination was the most important means in the fight against coronavirus pandemic but warned that vaccines were still not equally available around the world.