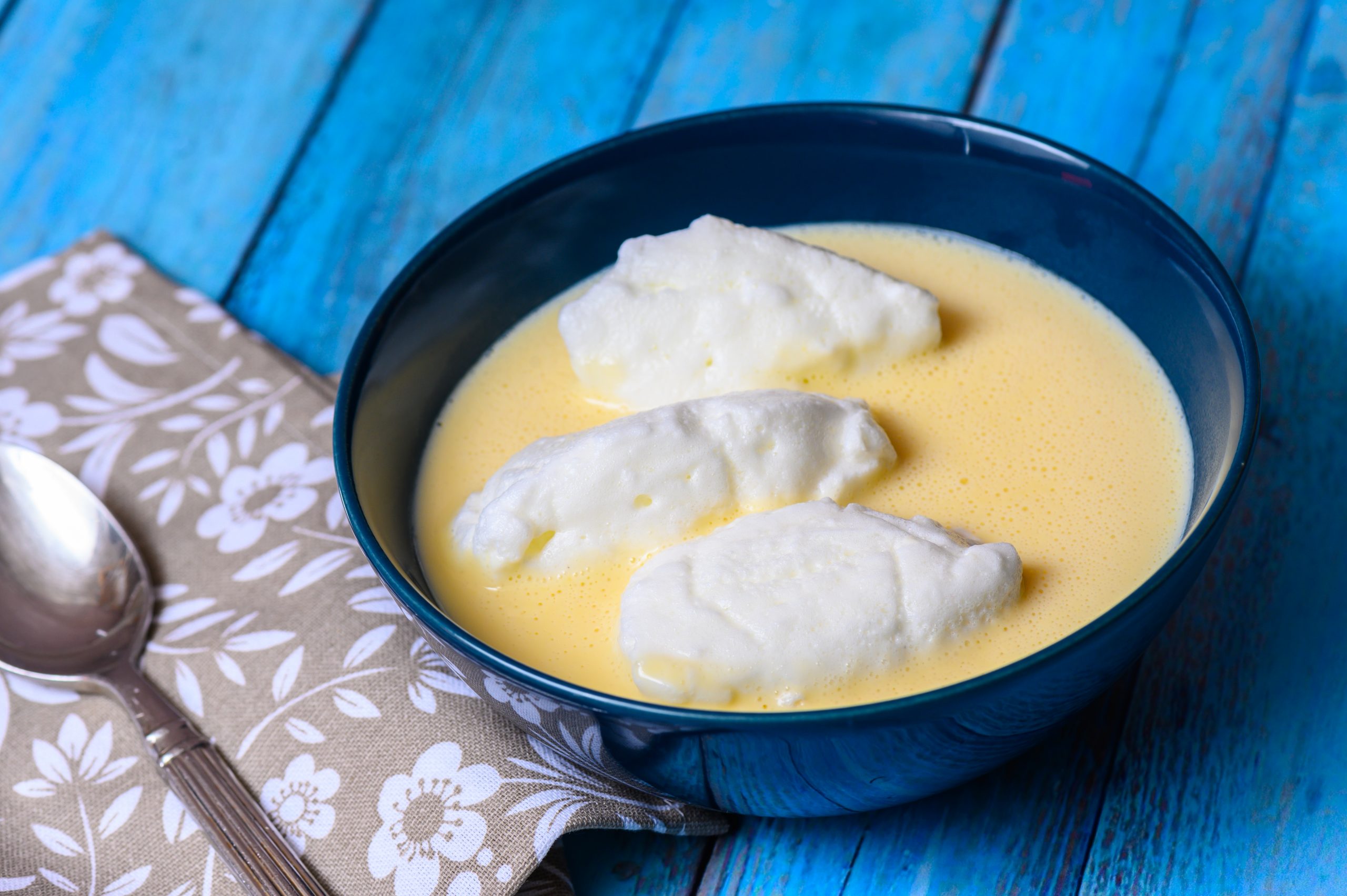 Just about all Hungarians believe to this day that madártej is one of our homeland’s splendid desserts, and I would wager that a multitude of other countries know it as their own creation, simply based on the fact that everyone came up with their own name for the dish.

The original version of the dessert, the classic French œufs à la neige (“eggs in snow”), comes from a recipe which appeared at the beginning of the 19th century. The origin of that recipe goes even further back, however, all the way to the 17th century approach which mixed salted butter into boiled egg whites. The froth of the egg whites was then added before the entire dish was sweetened prior to serving.

At the same time another recipe for the same dessert was being popularized in French cuisine, under the name of îles flottantes (“floating island”). Interestingly enough, the first mention of this dessert comes from America, from a letter written by Benjamin Franklin in 1771. The English/American recipe for the floating island contained spongecake soaked in cherry liquor and served in a peach puree. 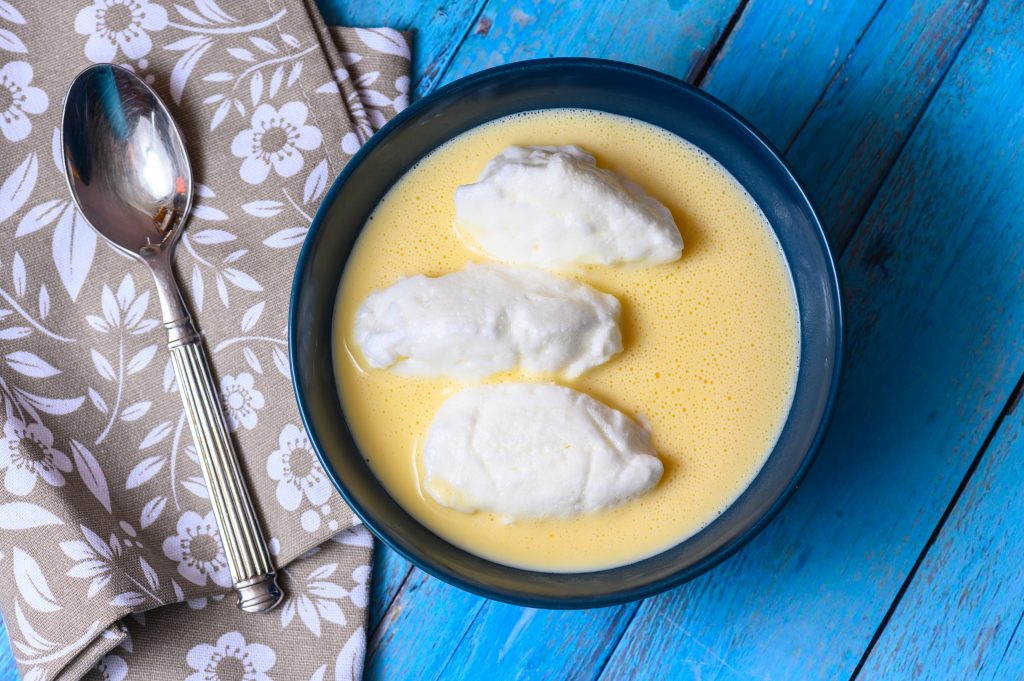 The Hungarian madártej (“bird’s milk”) is a slightly simplified variation which proves incredibly refreshing on hot summer days. The light dessert is a well known favorite for many.

Whisk the egg whites into a hard froth with a pinch of salt, then add the two tablespoons of powdered sugar to the froth and whisk it until it has completely hardened. Add the vanilla to the milk, then warm it up until it begins to steam but is not yet bubbling. Keep it at that heat level. Using a spoon, tear the dumplings of the whisked egg whites into the milk.

Cook the egg white froth for two minutes, then careful flip it, cooking it for another two minutes before placing into an empty bowl.

In a separate bowl, Mix the egg yolks with starch and sugar until they are nice and frothy, then sift a small amount of the lukewarm milk onto them and immediately stir the mix until it is smooth. Sift in the leftover milk, stir it all up, and pour the entire mix back into the pot. (It is worth sifting the milk, because there may be bits of the cooked egg whites still in it.)

Cook the egg yolk mix on low heat, stirring continuously, until it has thickened, then leave it to cool down. Place the mix in the fridge with the egg white dumplings on top for at least 2-3 hours before serving. 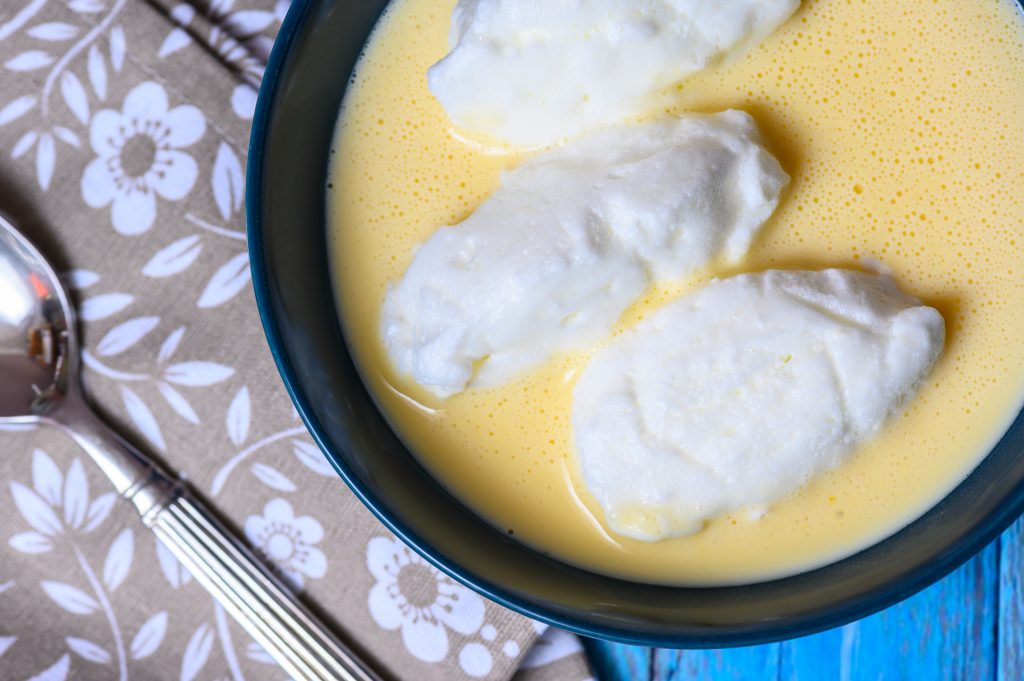 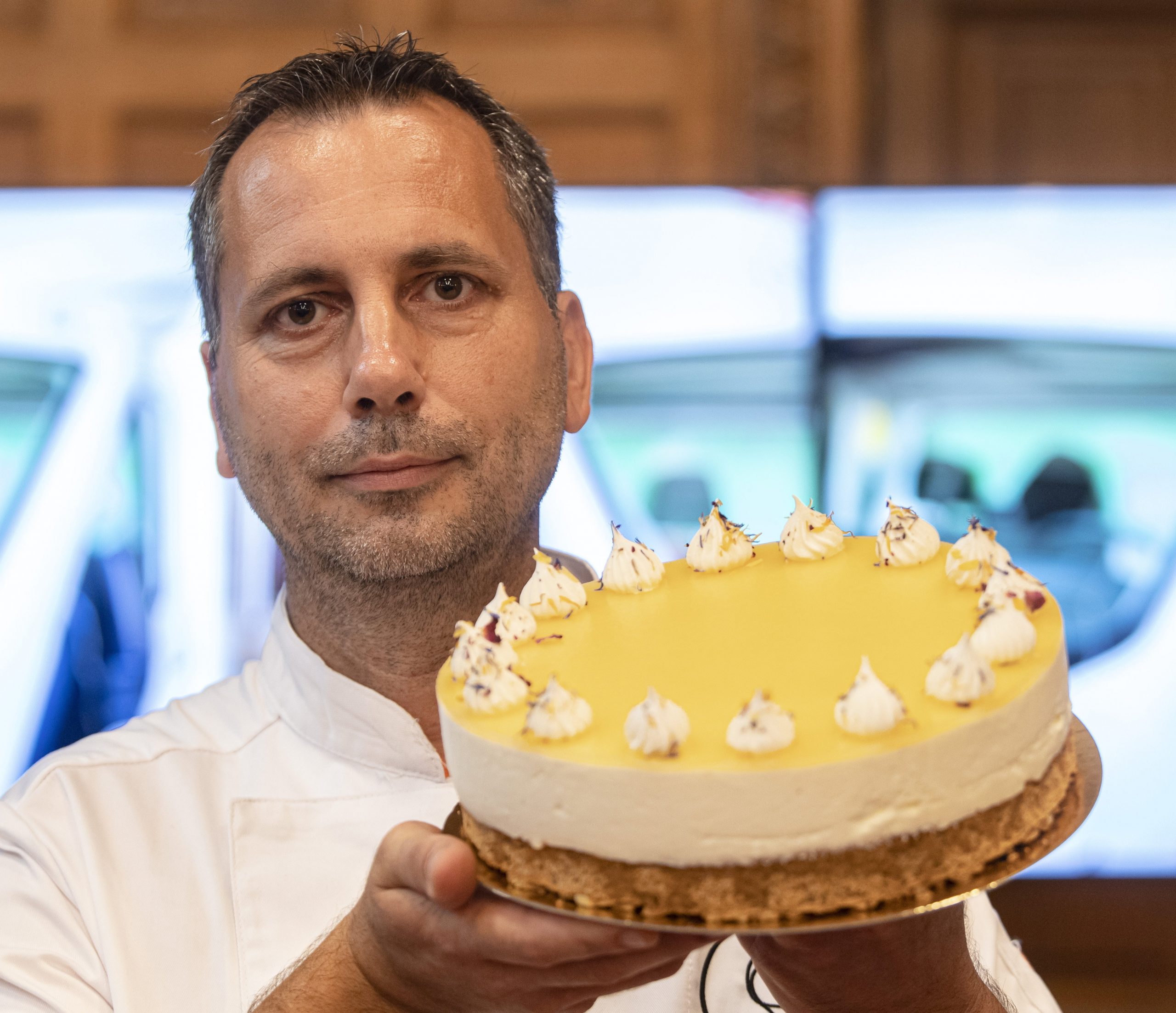