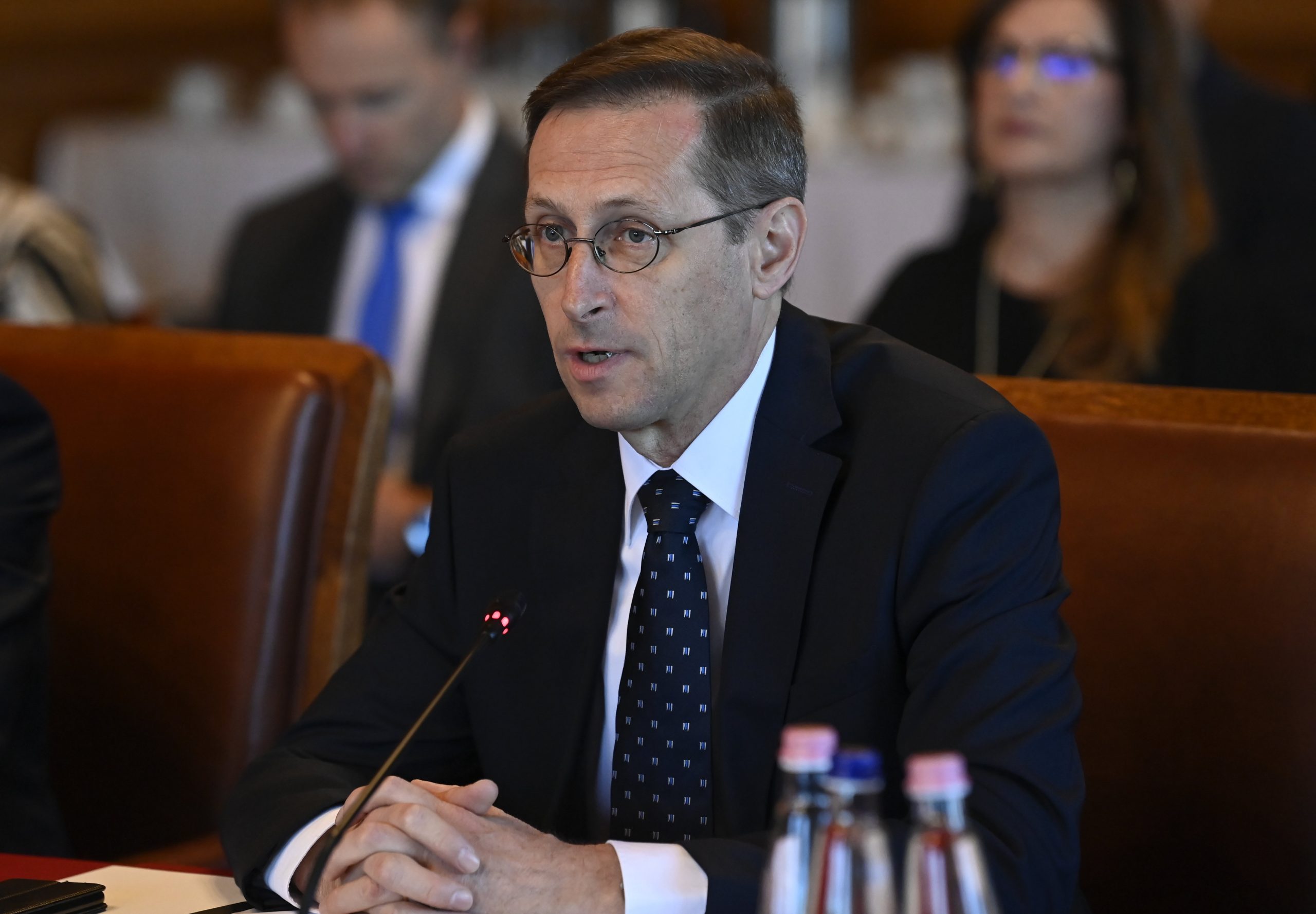 The government will continue to improve budgetary balance, and expects to have budget deficit down at 4.9 percent and state debt at 76.1 percent of GDP by the end of the year, Mihály Varga, candidate for finance minister, told parliament’s budgetary committee on Thursday.

The budget will have to be amended to maintain deficit target, in view of the changes to the economic environment due to high inflation, rising energy prices and the war in Ukraine, he said.

The government aims to preserve stability, keep the economy on a safe growth path and protect earlier achievements such as family allowances, he said.

The draft budget for 2023 will be submitted early next month, he said, with an estimated growth of 3-4 percent of GDP and the deficit expected to fall to around 3.5 percent and state debt to 73.8 percent of GDP, he said.

Responding to a question, Varga said next year’s budget was planned with a 5.7 percent inflation.

The government has already started improving budgetary balance, he said: it curbed expenses by 350 billion forints (EUR 910m) and postponed investments worth 700 billion.

Thanks to the government’s successful handling of the coronavirus pandemic, Hungary is now considered one of the fastest-growing countries in the bloc, Varga said. The investment rate was the second-highest in the EU last year, with investements totalling 12,000 billion forints, he added.

Varga said the government did not plan austerity measures or tax raises but “mulling other incentives”.

Responding to a question on whether the government would “allow local governmnets to take out loans”, Varga said the government would continue to review the local authority’s ability to pay back the monies before approving it. This year, 45 requests have already been approved, he said.

The committee approved Varga’s nomination with 11 votes in favour and five abstentions.

At a hearing before parliament’s economic committee  Varga said that Hungary must carry on with its existing policies, calling for disciplined, predictable and restrained policies and a reduction of risks.

Though rising inflation and energy prices and the end of the era of cheap money cause hundreds of billions of forints of stress to the state budget, the deficit target of 4.9 percent of GDP is viable, he said, adding that the public debt would be reduced further by the end of the year.

Varga said parliament could approve next year’s budget in June or July, giving economic players around six months to adapt.

The primary goals when it comes to the state budget are stability, keeping the country on a growth path and achieving results such as the protection of jobs, wages and family subsidies, Varga said.

He flagged certain changes in the structure of the ministry, noting that the utilisation of European Union funds was set to be overseen by a new minister without portfolio. Meanwhile, the area of banking and finances will be handled by the minister in charge of economic development, while the finance ministry’s responsibilities will be expanded to cover pensions, Varga said.

Asked about the possibility of cutting the VAT on basic foods to 0 percent, Varga said the government’s economic policy was centred on income and payroll tax cuts.

Asked about the government’s negotiations with the European Commission on post-pandemic recovery monies, Varga said he was optimistic about the matter. The government has so far pre-financed 300 billion forints’ (EUR 780m) worth of projects that the funds were meant to cover.

The committee supported Varga’s nomination for minister with 12 votes in favour and 3 against.