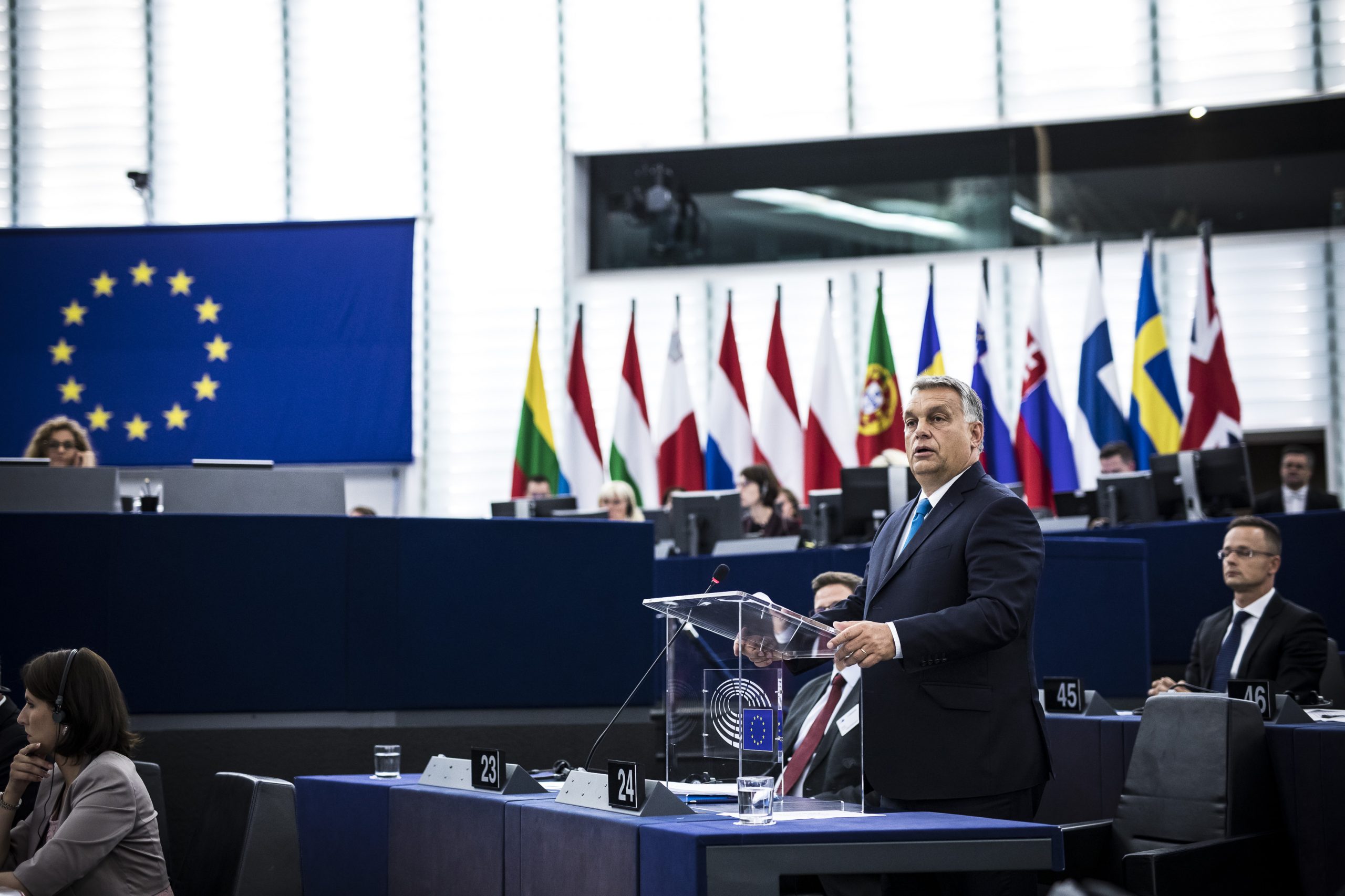 According to a recent survey, the governing Fidesz-KDNP parties could win up to three-quarters of Hungary’s seats in the European Parliament.

If the European Parliament elections were held this Sunday, Fidesz would win 56 percent of the vote, according to a recent poll by the Nézőpont Institute.

All the other parties  – including most parties of the joint opposition coalition for the 2022 general elections – would be below the five percent threshold. Of those, the satirical Two-Tailed Dog Party would be the closest to reaching the threshold with its four percent. 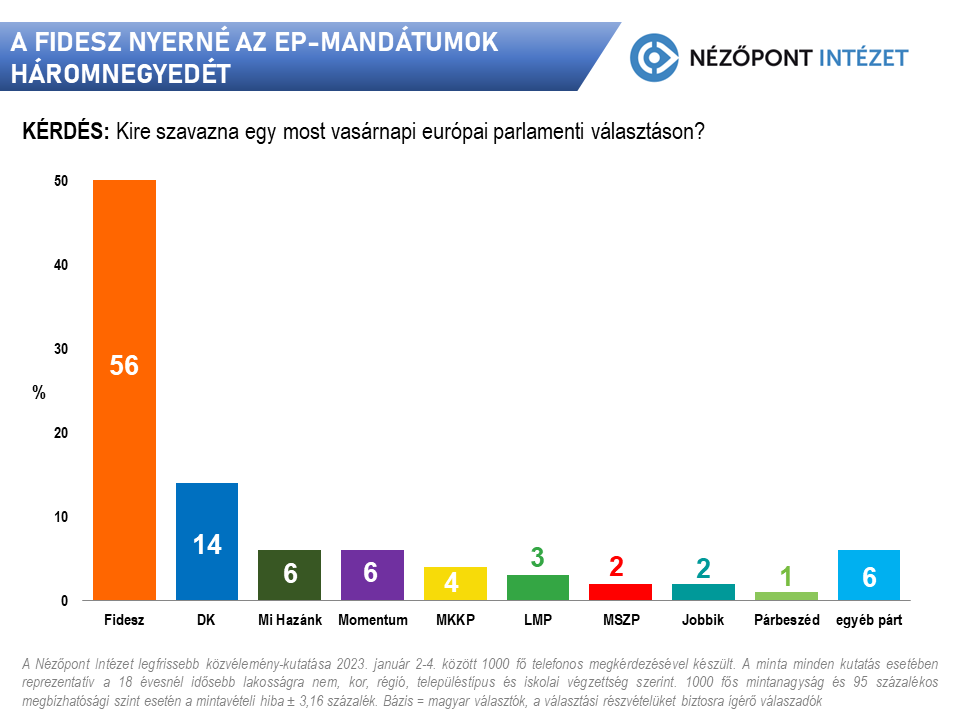 Hungary has 21 seats in the European Parliament, so the five percent threshold is not arbitrary, but self-evident.

For the current, 2019-2024 term, the governing parties have 13 MEPs. 12 Fidesz MEPs are independent, and one MEP from the Christian Democrat KDNP belongs to the EPP group.

DK has four MEPs in the socialist S&D group, of which former socialist MEP István Ujhelyi is also a member. Momentum has two MEPs in the Renew group, and the right-wing Jobbik MEP is independent.

According to the Nézőpont poll, Fidesz-KDNP would win 16 seats today, DK 3, Momentum 1, and Mi Hazánk 1. 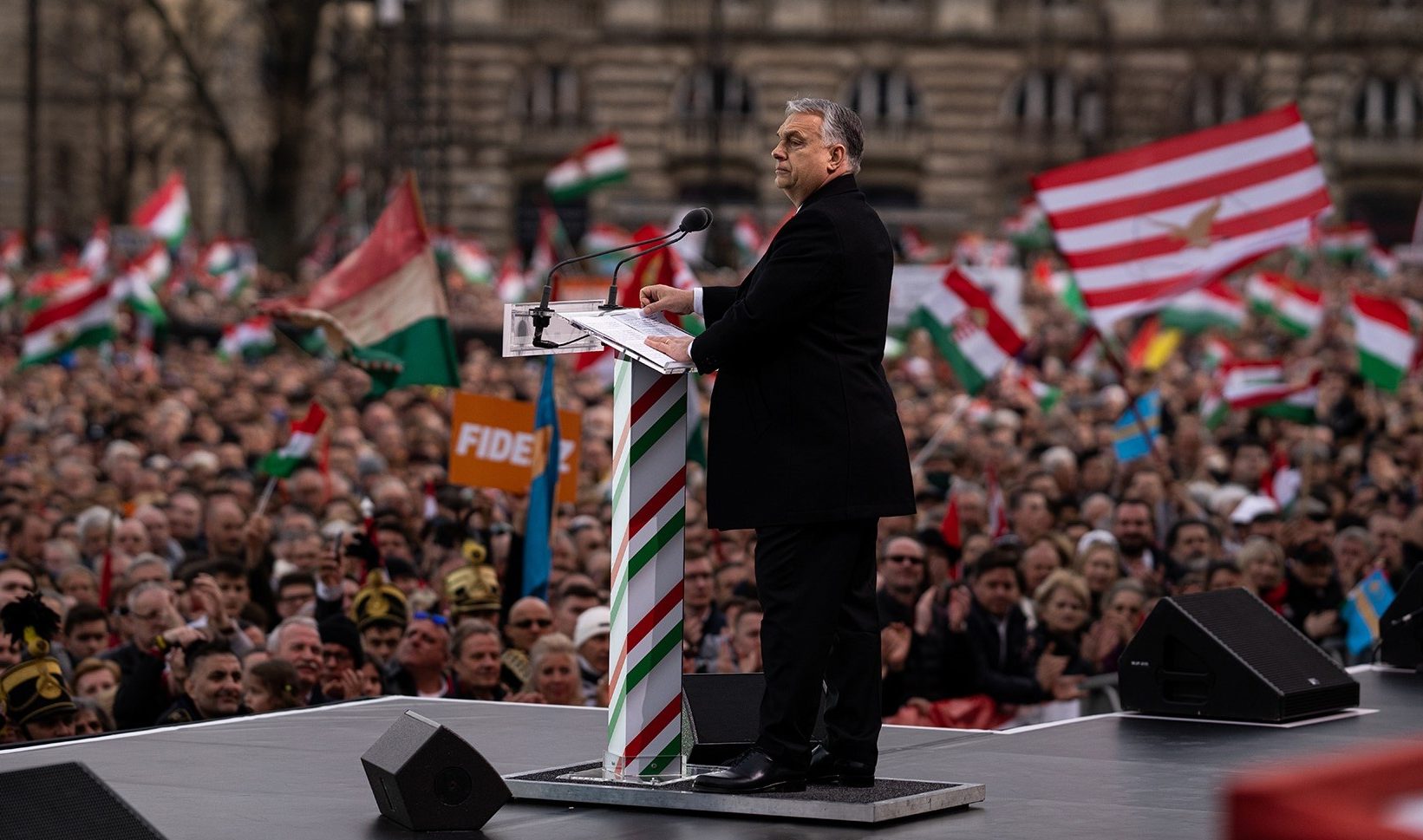