Pro-Fidesz CÖF-CÖKA foundations have started their billboard campaign against Péter Márki-Zay, the opposition candidate for prime minister. They depict the conservative politician and leftist-liberal Democratic Coalition (DK) leader Ferenc Gyurcsány as Dr. Evil and Márki-Zay as his clone, Mini-Me.

According to the wording of the ads: “The boss has a new clone: Mini-Feri,” referring to the movie Austin Powers, starring Mike Myers and Verne Troyer.

During the primaries, Budapest mayor Gergely Karácsony, who was expected by many to win the race, was depicted as the puppet in the “Gyurcsány show,” despite even Gyurcsány’s wife, DK MEP Klára Dobrev having been in the running.

The billboards are certainly set to mirror one of the ruling forces’ main campaign messages, which accuses Márki-Zay to be only a puppet of the former Prime Minister, even though the Hódmezővásárhely mayor defeated Gyurcásny’s wife in the primaries after a fiery campaign. 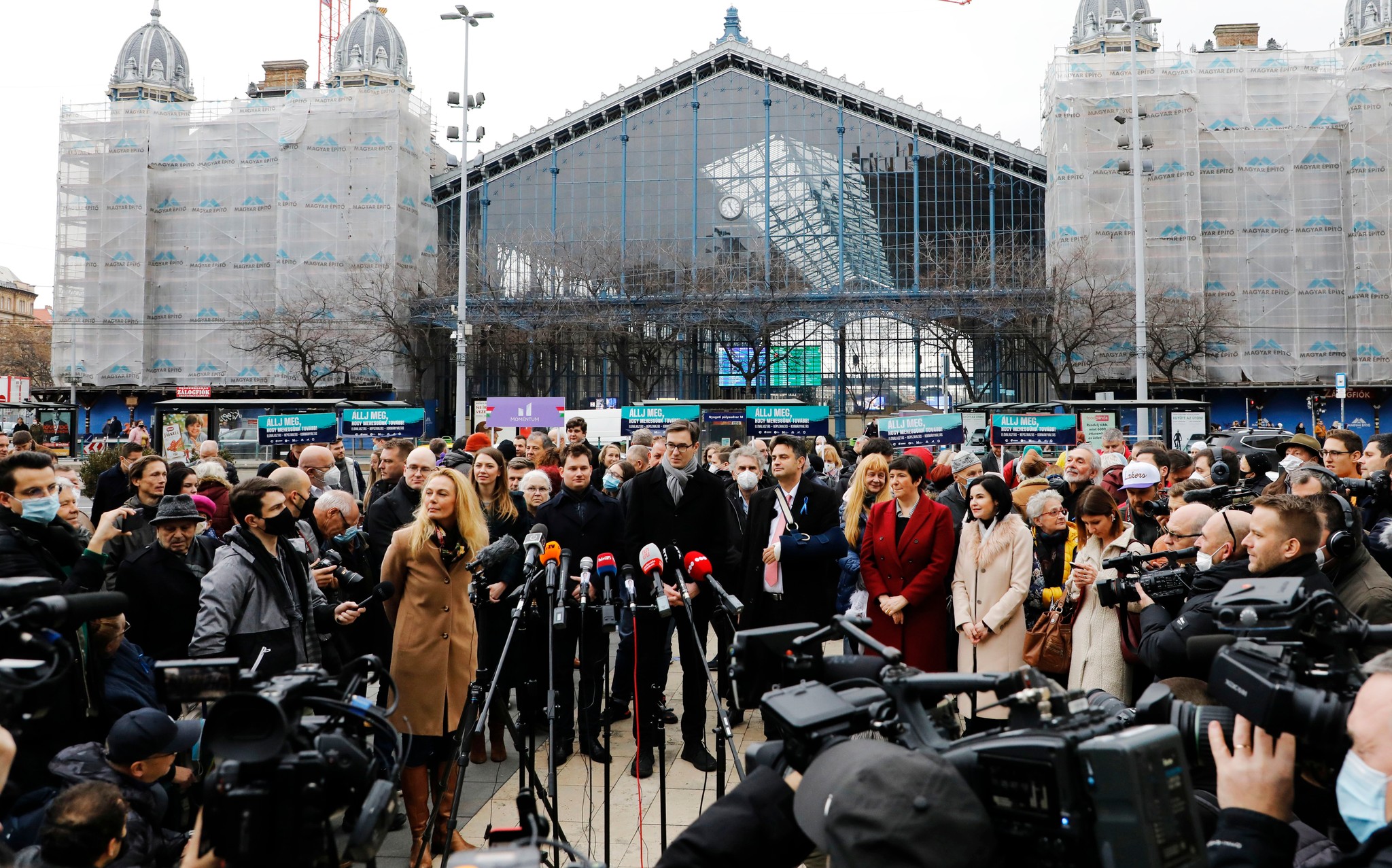 Those messages published and used so far, concentrate on the departure of Orbán and "Fidesz privileged" while promising to upkeep certain welfare and security measures and the establishment of separate healthcare and education ministries.Continue reading