In recent days, the forint has repeatedly set negative records against the euro, inching further and further towards the long-feared threshold of 400 forints per euro. Experts have attributed the short-term depreciation of the currency to a number of domestic and international factors, including the strengthening dollar, high inflation, and risk aversion from investors. However, looking back at the radical change in Hungary’s monetary policy over the past decades, the weakening seems rather unsurprising. According to some experts, at this point, an exchange rate of 400 forints per euro is not a question of “if” but “when.”

After breaking an all-time low on Monday, the Hungarian currency continued its downfall, reaching a new historic low against the Euro at 372.

Most analysts attributed the forint fall to risk aversion on emerging markets, the Orbán-led government’s lenient response to the high number of coronavirus infections, and the financial consequences of the EU’s rule of law proceedings. In the short-run, economists noted the expansionary fiscal policy and pre-election spending spree as an upside risk to inflation. 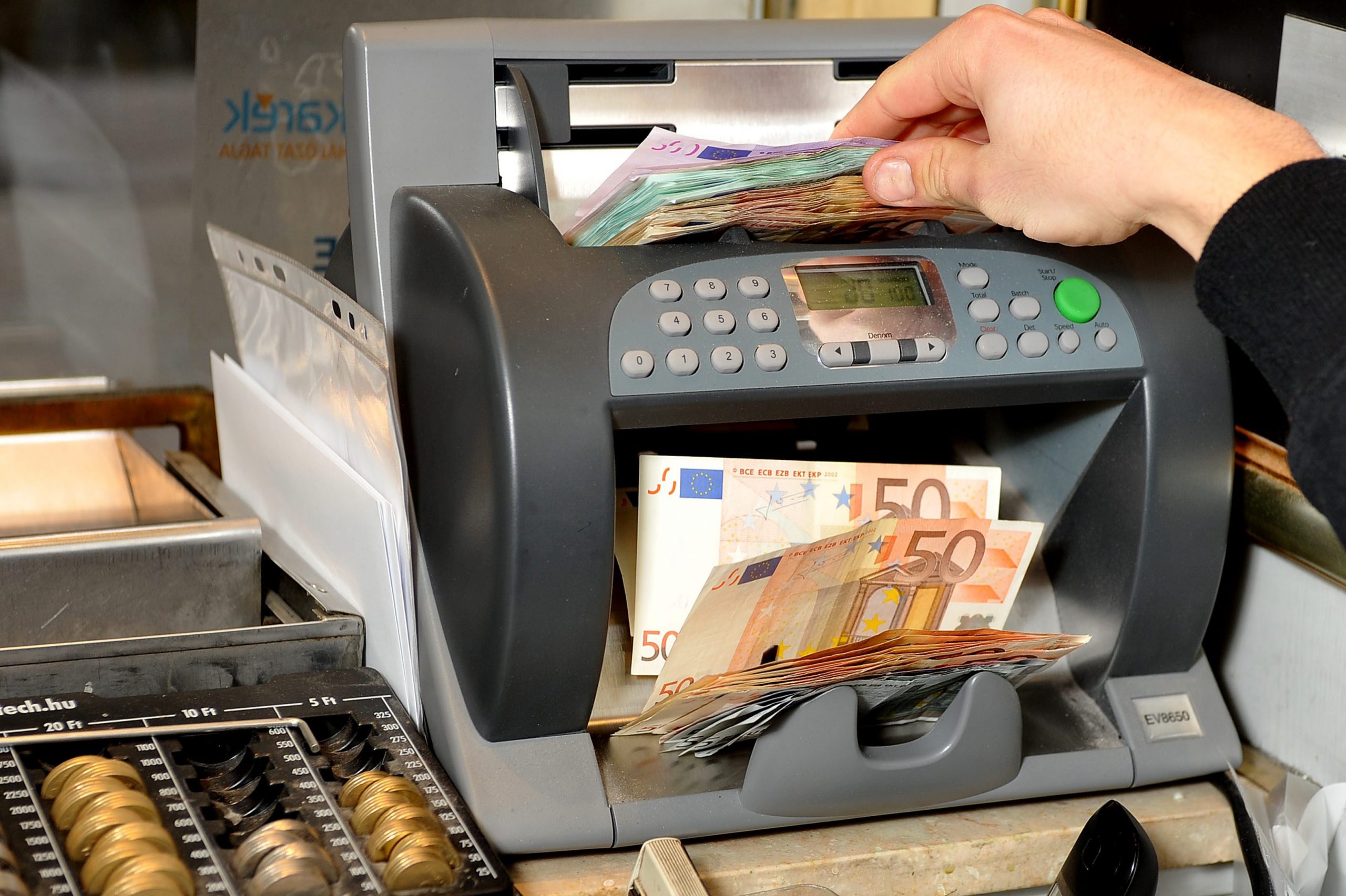 Besides several domestic factors, such as the high level of government expenditures in the run-up to the elections, international factors are also working against the forint exchange rate.Continue reading

There is no doubt that all of these trends had a role to play in the weakening of the forint, but what actually allows market changes to have such an impact on the Hungarian currency is in fact due to the sharp change in Hungary’s exchange rate policy over the past several years.

Looking back on past decades, it becomes clear that Hungary’s perception on the ideal exchange rate policy has done a 180. As Zoltán Török, senior analyst at Raiffeisen bank, put it in his op-ed last year on the Hungarian monetary policy of the past decades, it seems the rate of 400 forint per euro is not a question of “if” but “when.”

During the first Orbán government (1998-2002), policymakers were convinced that the establishment of a strong forint was the desirable approach, as the benefits of this could be felt directly by all Hungarians: their forint income would be worth more, just as their forint savings. Furthermore, inflation, which was around 10% at the time, could also be reduced by the appreciation of the currency, or at least by keeping it stable.

The leadership of the National Bank of Hungary (MNB) at the time followed this philosophy, and decided to introduce an inflation targeting regime, tried to keep the euro exchange rate stable at around 245 forints, and set the goal of introducing the Euro as soon as possible.

The Socialist governments that followed Orbán’s first administration were less inclined to keep to these goals, but the MNB nevertheless continued to share the view that the forint should not be allowed to fall, as this would cause inflation and make repayments of retail FX loans (which by that time had become extremely popular in Hungary) more expensive. (However, the 2008 financial crisis and the fall of the forint still had a dramatic effect on Hungarians with forex loans). 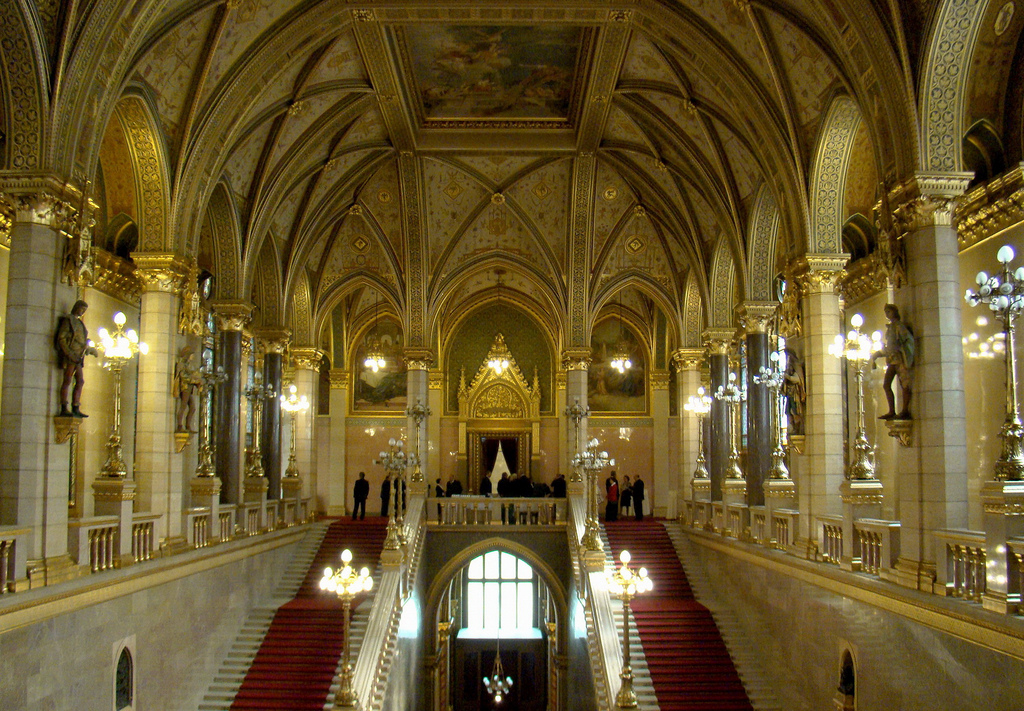 Parliament has passed the law regarding forex loans on Friday, in which the state will be involved in converting forex loans to Hungarian Forint based ones. The vote passed with 184 in favor, 1 against, while 2 abstained, which will enter into force after eight days of publication. The law states that after bypassing the […]Continue reading

The change in this approach was brought about in 2015 by the third Orbán administration amid a global, persistently low inflationary environment.

In this environment, policymakers argued that the weakening of the forint might not be unwelcome after all, because on the one hand there is no real inflation on the global markets anyway, so at least the depreciation of the forint will generate some revenue in Hungary, and on the other hand, the weakening of the forint is not such a threat anymore, as household FX loans had been taken care of. (The government made the decision to convert retail foreign currency loans into forints in an attempt to help aggrieved parties of fx loans).

They also argued that a high forint interest rate would put Hungarian companies at a competitive disadvantage against those competitors who are able to borrow at lower interest rates in neighboring countries and the eurozone.

The main objective of the MNB has therefore become to create a low interest rate environment to stimulate corporate investment growth. In 2017-2019, the offered rate between banks in Hungary was at a super-low level: between 0.1 and 0.2 percent.

The only problem with this policy is that the super-low forint interest rate does not protect the forint from depreciation when something happens on the global market, i.e. when financial speculators are trying to avoid risks on emerging markets and they are getting rid of less safe investments.

The other important factor is that many market players, including many companies, the central bank, and even the Hungarian state itself are not interested in a strong forint. On the contrary.

There are many companies operating in Hungary for whom the weak forint is a competitive advantage. The National Bank also makes a substantial central bank profit when the Hungarian currency depreciates by converting its foreign exchange reserves into forints.

So in this situation, further depreciation of the Hungarian currency is inevitable, and policymakers have only one thing in mind: not to let it slip too much, too fast.

What do the next months hold for the forint?

The opinions of analysts are divided on what lies ahead. Some think that the forint could recover somewhat by December, while others believe that if current conditions persist, the deterioration will continue.

The forint is unlikely to make a turnaround in the short term, with the currency likely to remain around 370 in the next two weeks. In December, however, the dollar tends to weaken, which is good news for emerging market assets, as they could strengthen.

If the MNB continues to raise interest rates and is able to convey the relevant messages to the market, and the global environment improves, the euro/forint exchange rate could strengthen to 360 forints by the end of the year, but these strengthening effects are only expected in the second half of December,” says Péter Virovácz, Senior Analyst at ING Bank.

If the central bank raises the deposit rate on Thursday, that could also strengthen the forint, at least for a while, according to Péter Kiss, Investment Director of Amundi. However, the analysts note that a more lasting turnaround in the forint exchange rate can only be expected if there are changes in several fundamental factors on the market.