Hungary issued 54,835 residence permits to non-EU nationals last year, most of them to citizens from ten countries, according to data from Eurostat. Compared to the neighboring EU countries, the number of Ukrainian, Chinese, and South Korean nationals granted residence permits is particularly high, with many of them likely to be working as guest workers in the factories of multinational corporations found across Hungary. This is indicated by the fact that almost 60% percent of the issued documents are granted for work and only 16% for education.

Eurostat has published its latest set of data on last year’s statistics on residence permits issued by individual EU countries. In 2020, about 2.2 million permits were issued in the European Union to non-EU countries (706,000 fewer than in 2019), the first dip seen in the upward trend since 2012. According to Eurostat, the main reason for the decline is the COVID-19 pandemic and the related travel and administrative restrictions imposed. Poland issued more than a quarter of the permits (598,000), Germany 313,000, and Spain 312,000, (14-14% of the total). The only increase in the total number of permits issued in 2020 when compared with 2019 was recorded in Lithuania, where the number of temporary admissions increased from 21,400 to 22,500 (5%). The largest decrease on the other hand was recorded in the Czech Republic, where the number of permits fell by 54% from 117,000 to 54,000. 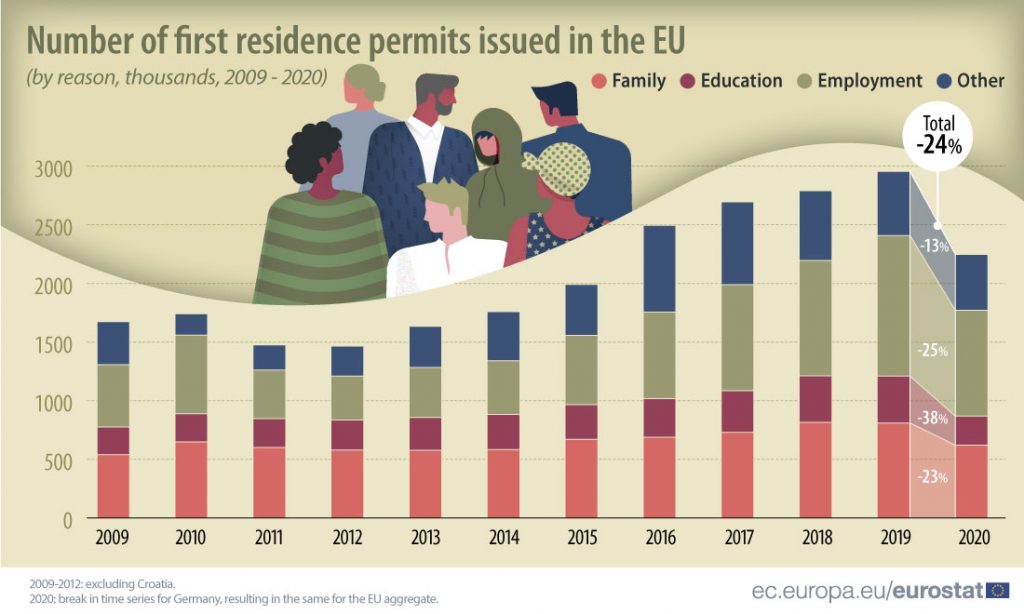 Hungary also grants residence permits to an exceptionally high number of Ukrainian, Chinese, South Korean, and Indian nationals compared to the neighboring EU countries. While last year Hungary allowed 20,744 Ukrainians (presumably including many Hungarians living in Ukraine) to stay in the country, the number was 258 in Slovenia, 512 in Romania, 1,192 in Austria, 1,614 in Croatia, and 10,017 in Slovakia. However, Ukraine has a Hungarian minority, counting more than 150,000 people according to the latest census (2001). 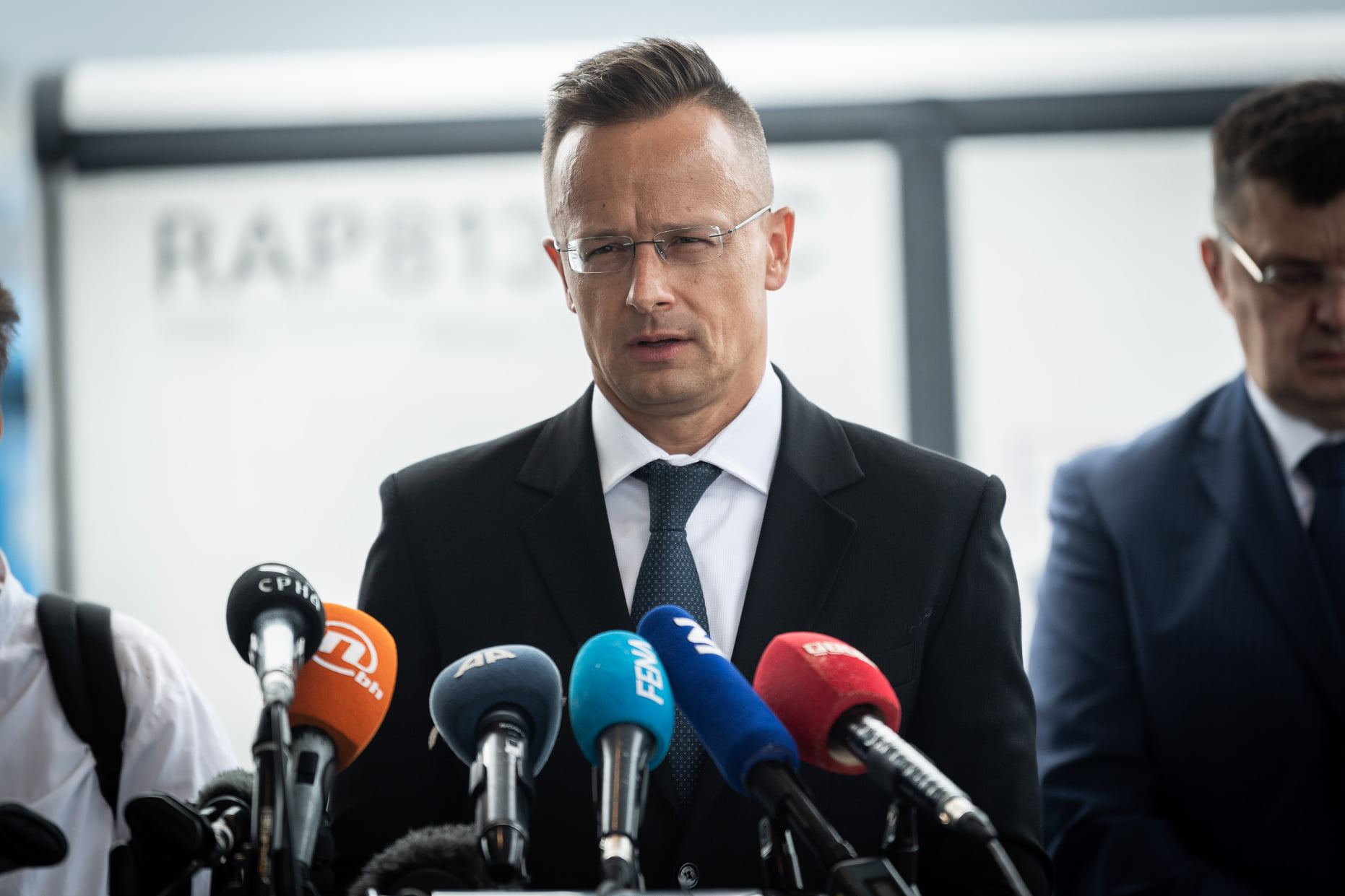 The government wants to create a skilled temporary workforce under strict conditions.Continue reading

Meanwhile, 2,063 South Korean nationals have been granted temporary work permits (presumably related to the south Korean battery and tire factories found in Hungary) or other reasons in Hungary. In contrast, 19 South Koreans were granted such documents in Slovenia, 30 in Croatia, 46 in Romania, 167 in Austria, and 203 in Slovakia. It is important to point out that economic ties between Hungary and South Korea are very strong, with the far-east country the biggest foreign investor in Hungary in 2019.

Hungary is also the regional leader in the number of residence permits granted to Indians, with 1,569 people allowed to travel to Hungary on this basis last year. Slovenia granted temporary residence to 57, Slovakia 147, Croatia 614, Austria 803, and Romania 1,401 Indian nationals.

Of those granted permits in Hungary, employment was the main reason with 58%, 16% was education-related, every fifteenth for family reasons, and one in five for other reasons.