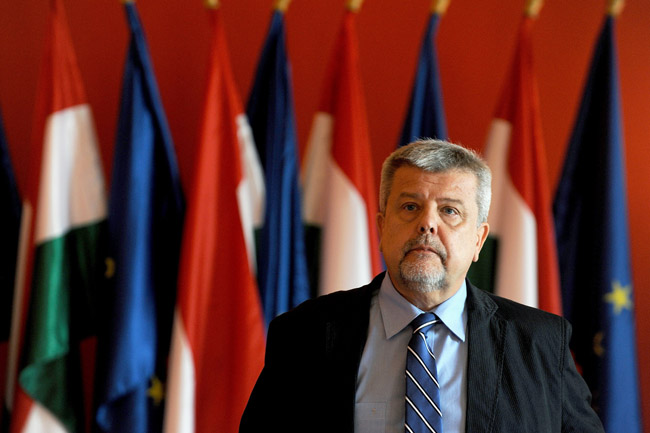 The European Union should be a community built on the cooperation of sovereign nation states, member organizations of the European Union Civil Cooperation Council (EuCET) said in a closing statement following a two-day conference on Saturday.

The closing statement called for the creation of an EU that takes member states’ historical traditions, economic strength and national interests into consideration while striving for the broadest possible cooperation.

In the statement, the EuCET rejected what they called the current EU leadership’s efforts to centralize the bloc as well as “ideologies that question Europe’s historical heritage and Judeo-Christian roots”.

The EuCET wants a strong Europe in which the decisions of the European Council cannot be overruled by lower-level resolutions, the statement said, and called for strengthening the institution of the European citizens’ initiative.

The council also expressed its support for local economies, the protection of the EU’s borders, stopping illegal immigration and environmental protection.

As regards foreign policy, the EuCET voiced its respect for the customs, traditions and political systems of other countries, saying it did not want to interfere in them through “the export of democracy”

László Csizmadia, the founder of the pro-government Civic Union Forum (CÖF) and associated COKA foundation which established the EuCET civil umbrella organization, told a press conference that the EU should be organized from the bottom up rather than from the top down.

Imre Palkovics, who heads unions association MOSZ, noted the ongoing EU debate on the future of the bloc. The EuCET will therefore establish a committee comprising representatives of its member organizations which will submit the group’s proposals to the bloc’s leadership, he said.

Szijjártó said that "the international liberal mainstream" had mounted "very serious attacks" in the areas of family affairs, religious freedom and minority protection regarding which "a dictatorship of opinion, a hegemony of opinion" had in effect emerged.Continue reading

Luca Malcotti, deputy secretary general of Italy’s General Labor Union (UGL), called for the establishment of a social Europe in which dialogue between employers and workers and the sovereignty of member states are guaranteed.

Henri Malosse, former president of the European Economic and Social Committee (EESC) and head of Vocal Europe and the Jean Monnet Association, said EU institutions today were dividing Europeans and turning member states against each other. He also said that European freedom today was in central Europe, but western Europeans were “no longer free”.