Kinga Gál: “Europe can only move forward if it embraces its heritage”

A conference on the Hungary’s Golden Bull and the challenges facing Europe was held in Brussels on November 8.

On the occasion of the 800th anniversary of the publication of Hungary’s Golden Bull, the Foundation for a Civic Hungary, the Károli Gáspár University of the Reformed Church in Hungary, and the Athens-based European Public Law Organization (EPLO) organized a conference in Brussels on November 8, with the participation of academics, politicians, and students.

The Golden Bull was issued by King Andrew II in 1222, one of the first examples of constitutional limits being placed on the powers of a European monarch. The law established the rights of the Hungarian nobility, including the right to disobey the King when he acted contrary to law (jus resistendi). The nobles and the church were freed from all taxes and could not be forced to go to war outside of Hungary and were not obligated to finance it.

Kinga Gál, the president of the Hungarian governing Fidesz party’s delegation in the European Parliament, gave a historical overview of the Hungarian Magna Carta and stressed that “only the common European cultural and constitutional heritage can serve as a common basis for integration and cooperation.”

Europe can only move forward if it embraces its heritage,

The conference also featured two panel discussions. Former Hungarian Foreign Minister János Martonyi pointed out that “our backgrounds are different, our historical experience is different, but diversity is the key word. Diversity was one of the main reasons for European integration.”

Francois-Xavier Bellamy, MEP for the French Republicans, made it clear that the EU project was a political one from its founding years, not just economic, but it was not designed to replace the member states.

On migration, he said that it is not a good idea to send a signal to the rest of the world that Europe is the only place where borders no longer matter. “We need to make it clear that people cannot stay in the EU if they do not have a permit to come to the EU. If that happened, people would stop traveling across the sea. In this respect, humanism is becoming increasingly inhuman,” he explained.

Fidesz MEP and former justice minister László Trócsányi stressed that “the future of Europe and the European Union can only be imagined in the light of its civilizational heritage, and the importance of constitutional foundations must be emphasized.”

Related article
President Novak Praises Golden Bull: “We are not just the suffering subjects of, but also makers of Europe's history”

Hungary’s president praised the creation of the Golden Bull of 1222 as a defining event of Hungary's thousand years of statehood.Continue reading 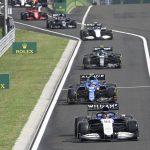