The Government Debt Management Agency (ÁKK) has modified its 2021 issuance plan to make room for an additional 4.5 billion euros of FX bond issue. The decision was necessary because of a dispute between the Hungarian government and the EU, which has delayed the release of the EU’s Covid recovery fund. The ÁKK’s recent move is the largest-ever, one day new debt issuance in Hungary.

The ÁKK modified its 2021 financing plan on Tuesday in order to establish the possibility for the issuance of benchmark-sized international foreign currency denominated bonds to raise up to EUR 4.5 billion equivalent of net proceeds.

The move was made as the advance payment of the covid recovery fund (Recovery and Resilience Facility, RRF) from the EU is delayed due to a dispute between the European Commission and the Hungarian government.

In addition, to help cover the potentially delayed transfers, ÁKK also aimed to finance other discretionary government expenditures in 2021 as well as to pre-finance some 2022 budgetary expenditures.

In a statement published on Moday, ÁKK emphasized that the 2021 ESA deficit target of the government remains unchanged at 7.5% of GDP.

As a result of the decision, the ÁKK made its largest-ever, one day new debt issuance on Tuesday, according to the calculations by the economic news portal Portfolio.

When the European Commission proposed prolonging the assessment period of Hungary’s recovery plan in July, thereby likely delaying the payment, the Orbán administration emphasized that the tenders would still be launched as planned and that the country would raise the necessary funds from its own budget and market financing until the situation with the EU was resolved.

However, the loan is somewhat peculiar given the fact that the Orbán administration had previously forgone the HUF 3.4 billion (EUR 9.1bn) credit line of the EU’s recovery package, and only requested the grants, arguing that it did not intend to get further into debt.

Regarding the timing of the bond issuance, Gergely Gulyás, the head of the prime minister’s office, said on Wednesday at a weekly press briefing, that at the moment it is possible to borrow on favorable terms in the market due to the budgetary situation and economic growth in Hungary.

Gulyás said that the government requires funds to run its prefinancing system of distributing EU development grants, but said that the favorable terms could also allow the refinancing of existing loans with better conditions.

Hungary issued $4.25 billion in dollar bonds in a transaction that was four times oversubscribed, under favorable conditions, at a low interest rate and long, 10- and 30-year maturities, Finance Minister Mihály Varga said in a video posted on Facebook on Wednesday.

Varga said later in the day that Hungary also sold euro-denominated bonds worth one billion euros.

According to the Finance Minister, this shows that investors continue to have confidence in the Hungarian economy.

“Brussels expects submission in exchange for financial assistance” to reduce the impact of the coronavirus, the justice minister said on Facebook on Wednesday. 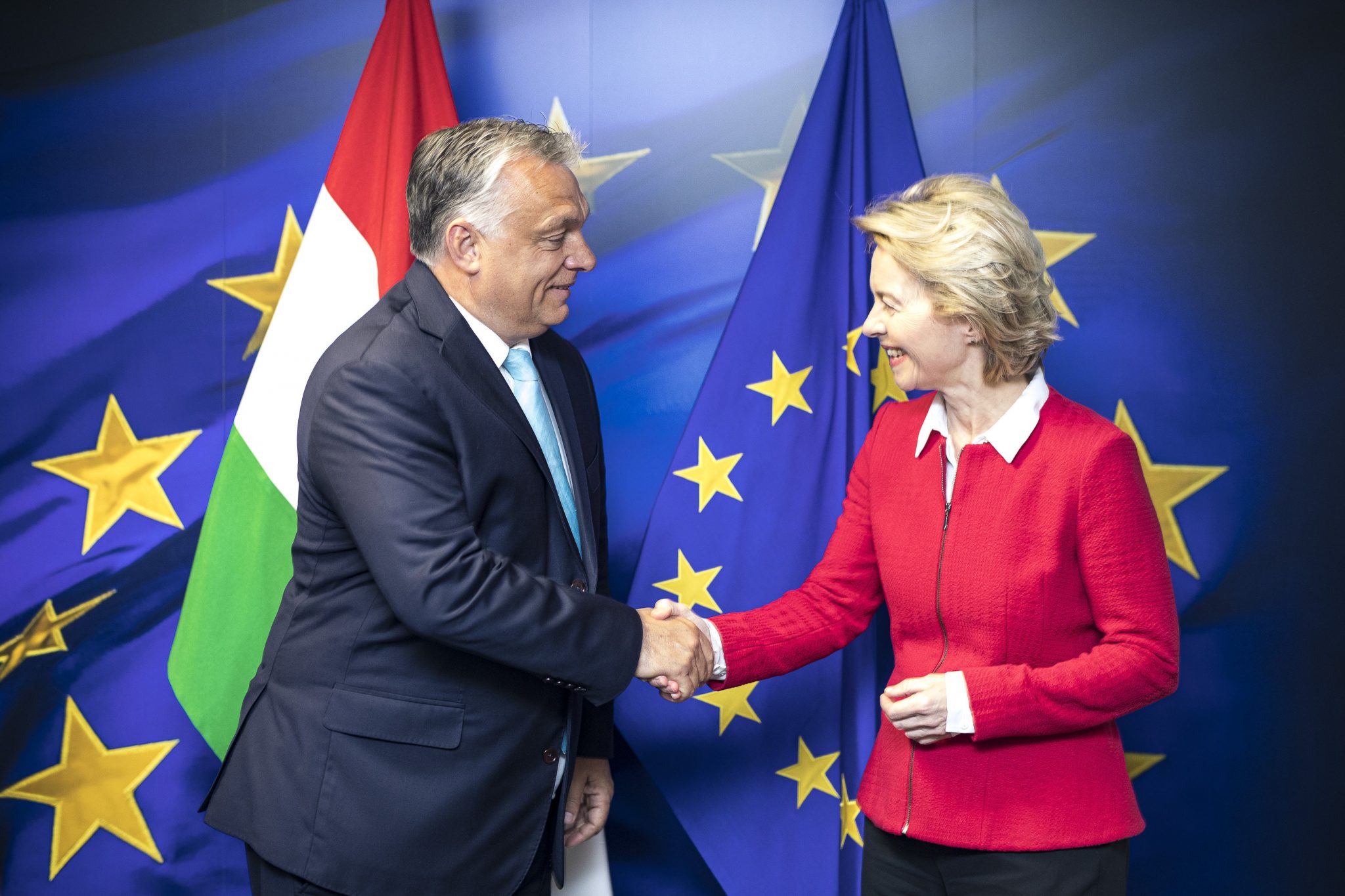 "The European Commission maintains constructive cooperation with Hungary in order for the negoatiators to finalise the evaluation of the plans by the end of September," EC spokesperson Veerle Nuyts said.Continue reading

Judit Varga said that “Brussels uses recovery funds to have a say in the formulation of national policies”. She cited Romania as an example, which had been “forced to raise taxes, impose constraints and liberalise education before receiving aid during the pandemic”.

She insisted, however, that the Hungarian economy was strong, adding that “Brussels cannot force any restrictions on us”