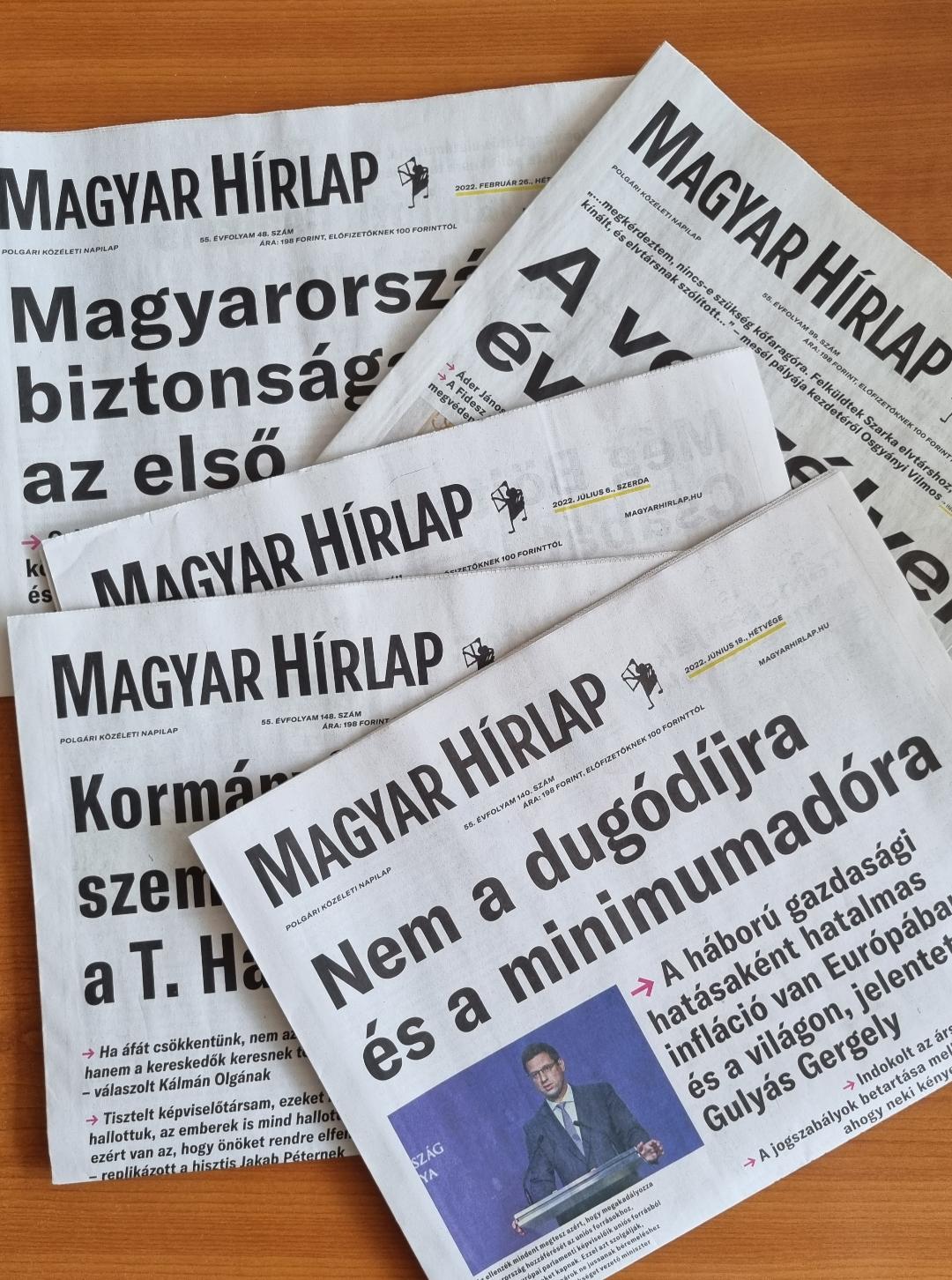 One of only two conservative daily newspapers with a national distribution reach will cease its printed edition after sky-high printing and distribution costs lead its owner and editors to opt for online edition only.

From Monday on, readers will only be able to read the venerable newspaper in its online edition, which could cause some inconvenience to its elder readers. However, Magyar Hírlap will retain its staff and will strengthen its online presence.

In their official statement the newspaper wrote that

The unfavourable economic climate and wartime inflation put the publisher in a difficult situation. However, the online presence of the newspaper will remain uninterrupted, available on magyarhirlap.hu. The authors and columns favoured by our readers will continue to be available, so the Magyar Hírlap experience will be maintained. Magyar Hírlap Kiadói Kft. would like to thank the readers of the newspaper for their continued support over such a long period of time.

The newspaper originally founded in 1891 first closed its offices in 1938, just before World War II. The then libertarian daily was again resurrected in 1968 during the communist era, and went on to survive the regime change in 1989 as a liberal paper. In 2006 the paper was bought by businessman Gábor Széles, and was transformed into a center-right conservative political daily.

The final 1938 edition, with “Farewell” in the headline. Copyright: Daniel Deme