The horror movie Post Mortem, directed by Péter Bergendy, has been selected to represent Hungary in the international feature film race of the 94th Academy Awards. The movie tells the story of a post-mortem photographer and an orphaned young girl trying to figure out what the ghosts in a haunted village want. We went to see it to get a better idea of its chances of winning the Oscar.

It is the winter of 1918. But the frosty atmosphere is not only due to the time of year. World War I has ended. The Spanish flu epidemic has swept across the world. The ground is frozen and many dead remain unburied. This environment and a desolate, Hungarian village set the mood for Post Mortem.

The protagonist, Tomás (Viktor Klem), who survived the war, now works as a post-mortem photographer. When Anna (Fruzsina Hais) tells him that there is a lot of dead in her village, he goes there to take photos of them. But as it turns out, the dead never really left.

Post-mortem photography is a piece of history of the art of photography. Back in the 19th century, when camera technology became publicly available, documenting loved ones on their death beds or even after death was not uncommon. The photographs “served as a vital part of a healthy grieving process, providing a tangible way to keep the memory of a departed loved one alive and close at hand in times of need, displayed in parlors and in family photo albums, side by side with photos of the living.” Sometimes photos were about the dead only, but other times family members posed with the deceased, even with their pets that died. For some people, the photograph of the deceased individual may have been the only photograph ever taken.

The custom of post-mortem photography is so alien to the way most of us grieve today that it only adds to the eerie atmosphere already present.

There is no doubt that the movie has what is most important in its genre: it is very scary, from beginning to end. Some movies have a trailer that is scarier than the movie itself; at times, all the creepy bits are packed into it and there is nothing left when we actually sit down to watch it. Post Mortem is not like this. If you find the trailer terrifying, then be prepared for it to get worse as the movie progresses.

The post-mortem photographer must deal with the fact that the corpses cannot be buried into the frozen ground, and because there are so many of them due to the war and an epidemic, the dead are always present. As the villagers talk about the death of their loved ones and we can see them being photographed, we recognize them in later scenes too and that makes them just as familiar as the living. It is very unique to the plot to have many souls instead of just one chasing the living. 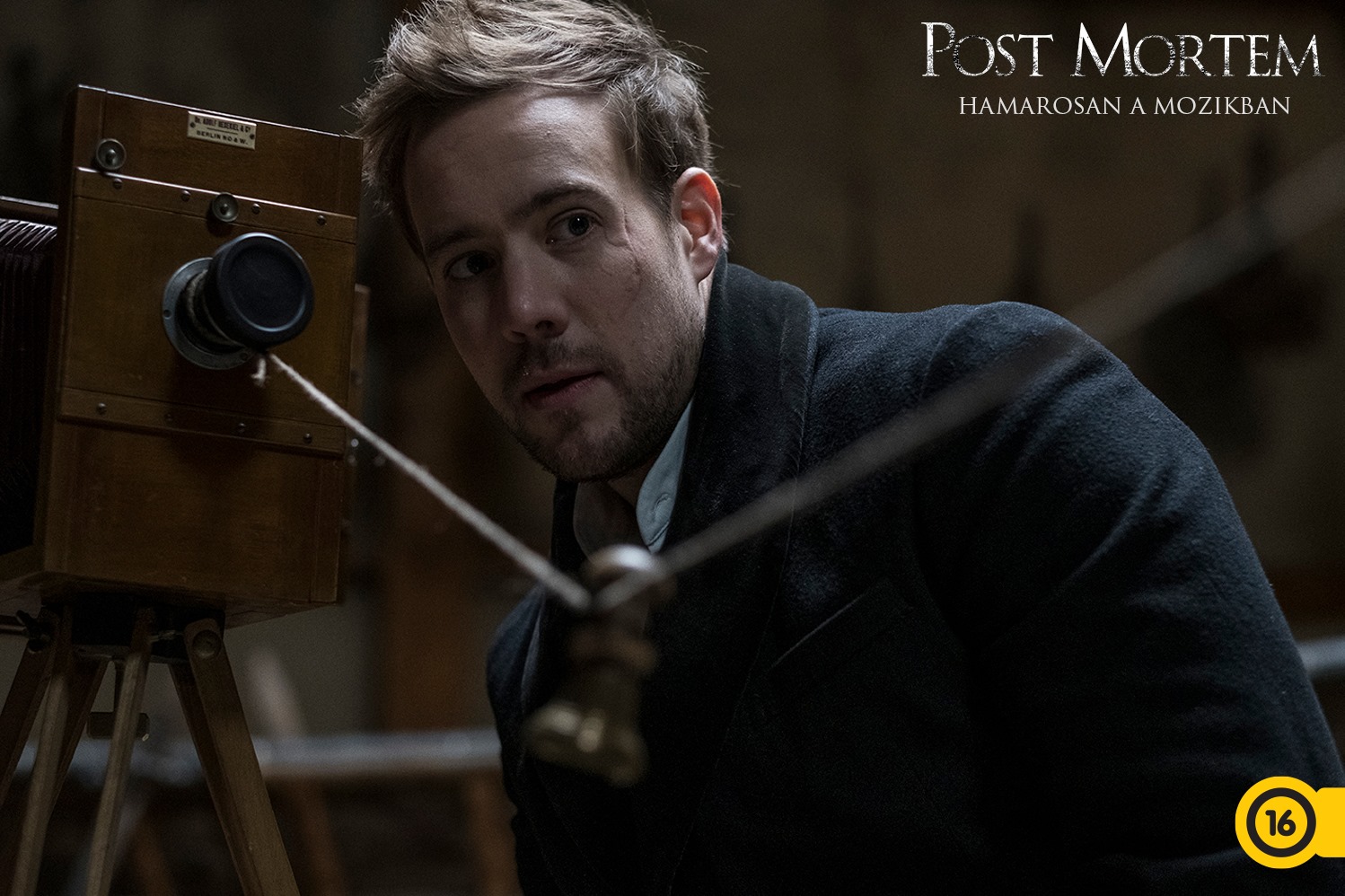 Post Mortem is a horror film about a young itinerant photographer who scrapes a living in Europe after the first world war by photographing the recently deceased with their families.Continue reading

If the topic of unburied corpses rings a bell, it is no coincidence. The movie was originally set to premiere last year, but was delayed due to the coronavirus. Strangely enough, the pandemic of the current era makes the story topical, as hundreds of bodies of COVID-19 victims are still in refrigerated trucks in New York, more than a year into the pandemic.

What also makes the movie different from other standard thrillers, is that we are clearly in Eastern Europe. It was shot at the Hungarian Open Air Museum in Szentendre, providing a unique backdrop for the film.

The 63 hectares of the site are dedicated to the folk architecture, housing, farming, and lifestyle of the Hungarian-speaking region. The museum’s permanent exhibition presents the rural heritage of the past, divided into different landscapes, through original and relocated buildings and authentic copies of buildings- dwellings, outbuildings, mills, and churches. The permanent outdoor exhibition covers the period from the mid-18th to the mid-20th century.

Residents react exactly as we expect villagers to react. As the situation escalates, Tomás, the outsider, who is not even Hungarian but German, is blamed, as things become worse after his arrival. So although some are hospitable, there is mistrust towards strangers as well.

The film, set in 1918 during the Spanish flu epidemic, was awarded in the categories of best film, best actor, best screenplay, and best photography.Continue reading

Based on articles about the movie, many critics miss the depth of the characters and a deeper explanation for why it is Tomás who is the solution to the problem. But does a horror movie need complex characters, or a story with depth and meaning? Or do we just need to be scared? Of course, it can be both but it is not included in the definition of the horror genre. Nor is it in the genre of thriller or psychological thriller, as some say the movie actually is. For thrillers, it is even emphasized that they are “characterized and defined by the moods they elicit, giving viewers heightened feelings of suspense, excitement, surprise, anticipation, and anxiety.” Post Mortem definitely fits into this categorization.

Yet critics may rightly expect more, since Post Mortem has been selected to represent Hungary at the 94th Academy Awards. It is not the first Hungarian horror movie despite many publications claiming otherwise, but it is true that there are very few of them, and even those are not well-known. For that reason alone, it’s worth a watch. It is also interesting that one of the first Hungarian horror films, Alraune, was made in 1918, and this movie is set in the same year.

The latest Hungarian movies to win an Oscar were The Son of Saul in 2015 for Best International Feature Film, directed by László Nemes-Jeles, and Sing (its original title is “Mindenki,” Hungarian for “Everyone”) in 2016, directed by Kristóf Deák, for Best Live Action Short Film.

In Sing, one of the protagonists is played by Dorottya Hais, the sister of Post Mortem‘s Anna, Fruzsina Hais.

Despite the criticism, the movie has won a total of 23 awards so far. For example, ten prizes at the Toronto After Dark Film Festival where the audience votes instead of a jury.

The solution in the movie feels a bit sudden and maybe too simple, and there are also a few loose ends. It is not the most thought-provoking story nor does it have great meaning or very round characters- things that might be expected from a production that is selected to represent a country at the Academy Awards. But if we forget about the Oscars then maybe Post Mortem does not need to do any of that. Perhaps it is enough that these shortcomings are amply balanced by the thrills and chills of watching a clearly professionally-made horror movie from a country that has a distinct lack of genre films.

The movie premiers today, October 28th. It is available with English subtitles as well, at the Művész and Toldi Cinemas in Budapest.

In a cost-cutting move by the Warner Bros.-Discovery merger, the company is stopping the production of self-produced content in Central Europe. The news that a large number of series have been removed from the HBO Max platform came as somewhat of a surprise. The official response did not reveal much, but the scraps of information […]
Hungary Today 2022.07.05. 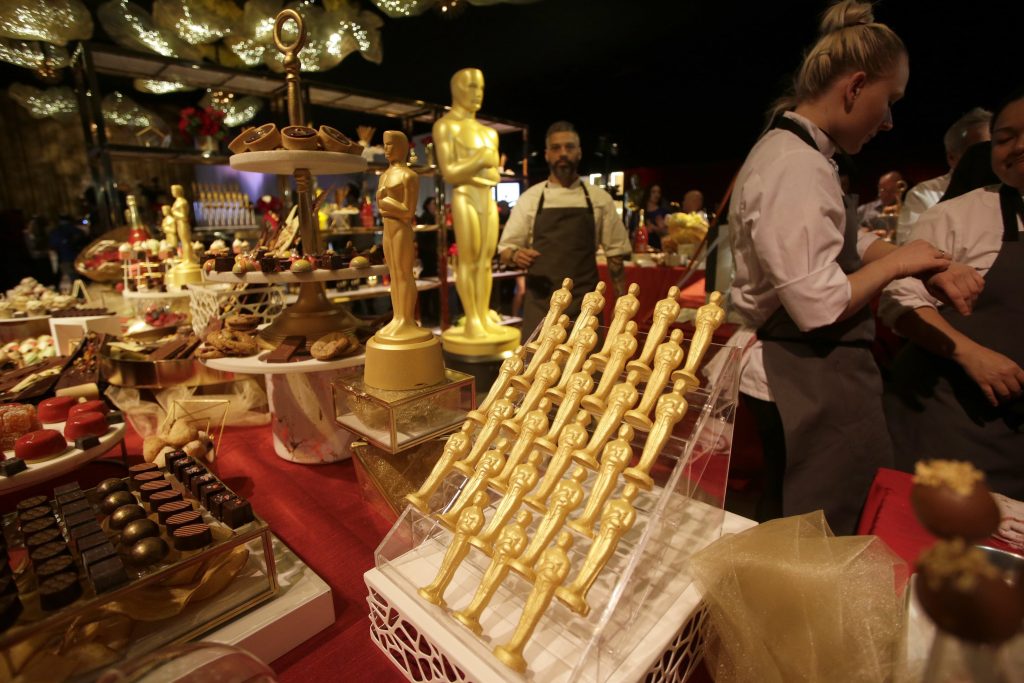 As we reported before, István Szántó, the head chef of Spago restaurant in Budapest, had the chance to present some iconic Hungarian dishes at the Oscars Governors Ball in Los Angeles on Sunday. Szántó also met celebrities, as he was not working in the kitchen, but in the event hall at the display counters. Some […]
Hungary Today 2022.03.31.