“It Has Become Fashionable to Criticize Hungary” – E. Sylvester Vizi to Mandiner 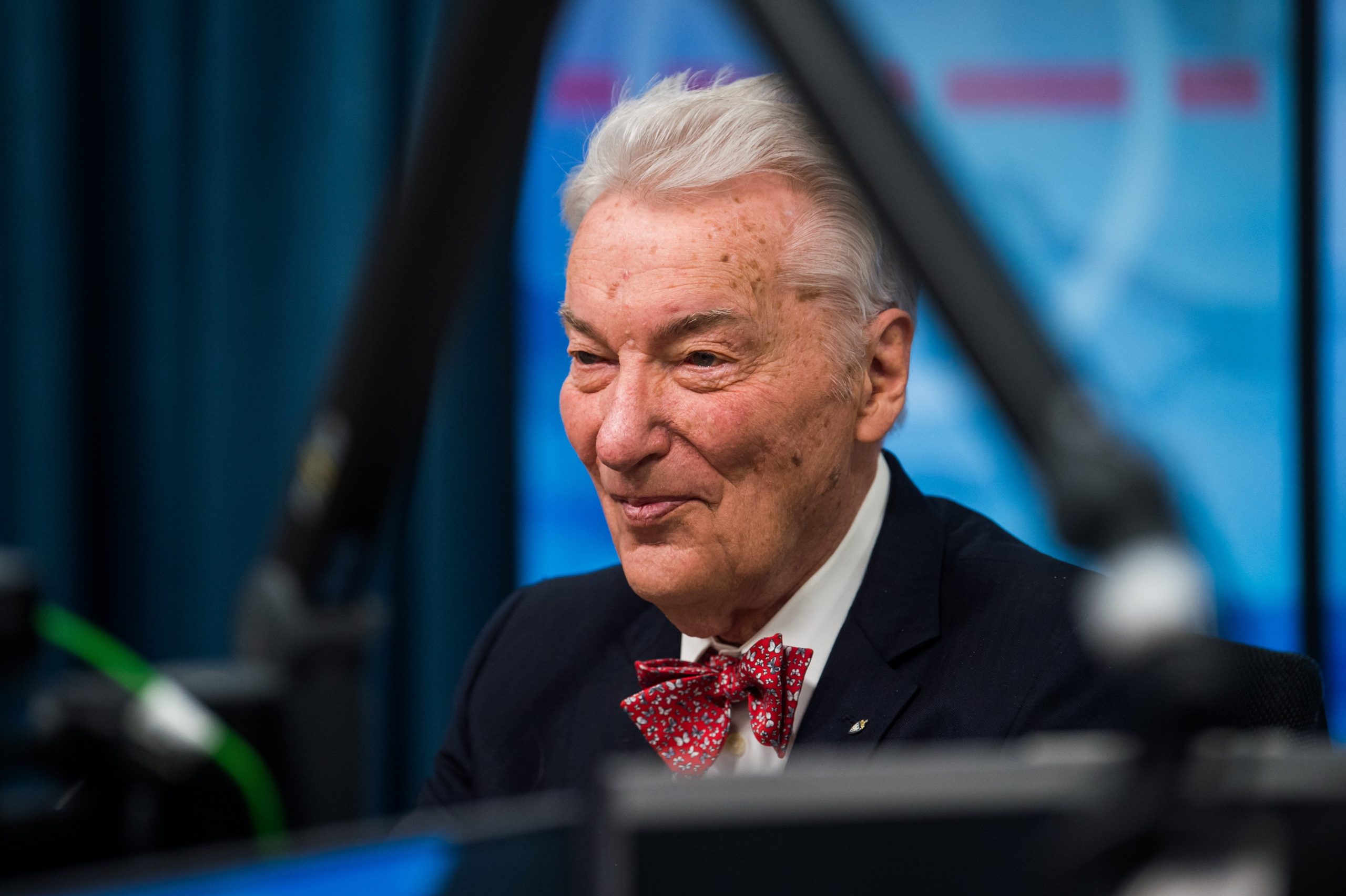 “I would expect more respect for the Hungarian people from the political elite that is attacking us,” the former president of the Hungarian Academy of Sciences (MTA) said in an interview with pro-government political weekly Mandiner. The Chair of the Board of Trustees of the Friends of Hungary Foundation, which publishes our news portal, was also asked about whether scientific life in Hungary remains free and what he thinks about the future of the European Union. The professor highlights from the past 10 years the economic performance of the country and says that it is unacceptable for anyone to claim that “everything is bad” in Hungary.

It has become “fashionable to criticize Hungary,” E. Sylvester Vizi, former president of the Hungarian Academy of Sciences, as well as the Chair of the Friends of Hungary Foundation’s Board of Trustees, told pro-government weekly Mandiner.

According to Vizi, there are some foreign politicians and part of the international press who are not objective when it comes to our country. The professor points out, “In the West, some politicians who put their political interests first sometimes say untrue things about us, even though they themselves are not convinced of it. This does not give the public a true picture of our country. I would expect the political elite that attacks us to show much more respect to the Hungarian people,” says Vizi, who also emphasizes that Hungarians have contributed a lot to world culture. The country has many Nobel Prize winners, it is one of the greatest sports nations in the world, and “we Hungarians have many geniuses in music and literature, as well as many saints who set a moral example to the world.”

If a country wants to be proud of its greatness, it is not nationalism,”

E. Sylvester Vizi is a Hungarian physician, pharmacologist, professor, holder of the Hungarian Order of St. Stephen, full member of the Hungarian Academy of Sciences (MTA), and St. Stephen’s Academy of Sciences. He is a renowned researcher in the field of transmission of impulses in the central and peripheral nervous system, discoverer of the “non-synaptic” (analog) communication system of the brain. Between 1989 and 2002, he was the Director-General of the Institute of Experimental Medicine of the Hungarian Academy of Sciences. From 1996 to 2002 he was one of the vice-presidents of the MTA and then its president until 2008. He is the author and owner of more than 450 scientific papers and eight patents. He is an honorary member of Academia Europaea (London), Académie royal de médecine de Belgique, the Polish Academy of Sciences and Arts (Krakow), and several European academies. In 2011, together with other public figures, he established the Friends of Hungary Foundation and has been the Chair of it ever since.

As Honorary President of the Hungarian Atlantic Council, he describes himself as an Atlanticist and a supporter of the European Union, although he adds that the community has strayed far from its original goals. For example, the goal of spending 3% of GDP on R&D (research and development) in each country has not been achieved in any country except Germany and Finland. 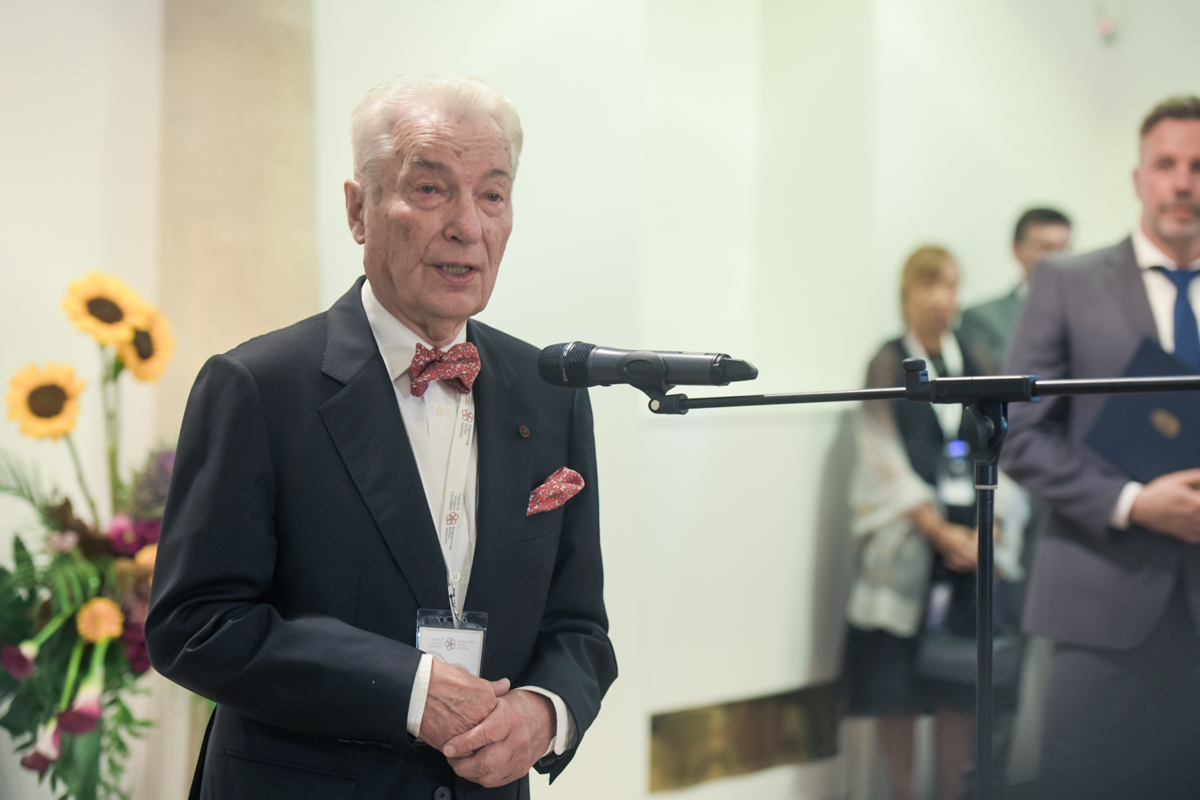 Those committed with a desire and the ability to do something for Hungary met at the VII annual conference of the Friends of Hungary Foundation, which is celebrating its 10th anniversary.Continue reading

He says Europe is going in the wrong direction, losing important values like family and faith and replacing them with “quick wealth.” Europe is forgetting that it was precisely its roots, the Judeo-Christian tradition, that made it great, he says. In the interview, Vizi repeatedly emphasizes the role of family and faith, which he believes can be the key to Europe’s future.

With regard to the criticism of Hungary, Vizi calls it unacceptable when someone claims that everything is bad here in Hungary and that there is a dictatorship in the country. In the same way, the same thing (everything is bad) cannot be said about Brussels.

According to Vizi, Hungary must be seen from a historical perspective. The West does not understand Hungarian rhetoric because it did not have to live under a [communist] dictatorship and its economic conditions are also much better, thanks in part to Marshall Plan aid after World War II. Vizi also recalled that the Hungarian people stood up against the world’s biggest power in 1956 and that nobody helped us then, although we were celebrated as heroes.

The world needs to know: there is a nation in the middle of Europe that is successful.”

When asked about Hungary’s last 10 years, Vizi highlights the country’s economic performance, family policy, support for young people, tourism development, the fact that the government has rebuilt many architects’ masterpieces, but also the construction of the Puskás Arena, which he says is “a credit to a sports nation.” The professor also points to the International Eucharistic Congress, where he was a member of the organizing committee and the fact that Pope Francis is planning another visit to Hungary. However, Vizi also mentions that the Orbán administration should spend more on science, education, and health.

Related article
Professor E. Sylvester Vizi: “The Hungarian Revolution of 1956 was the most European moment in recent history” 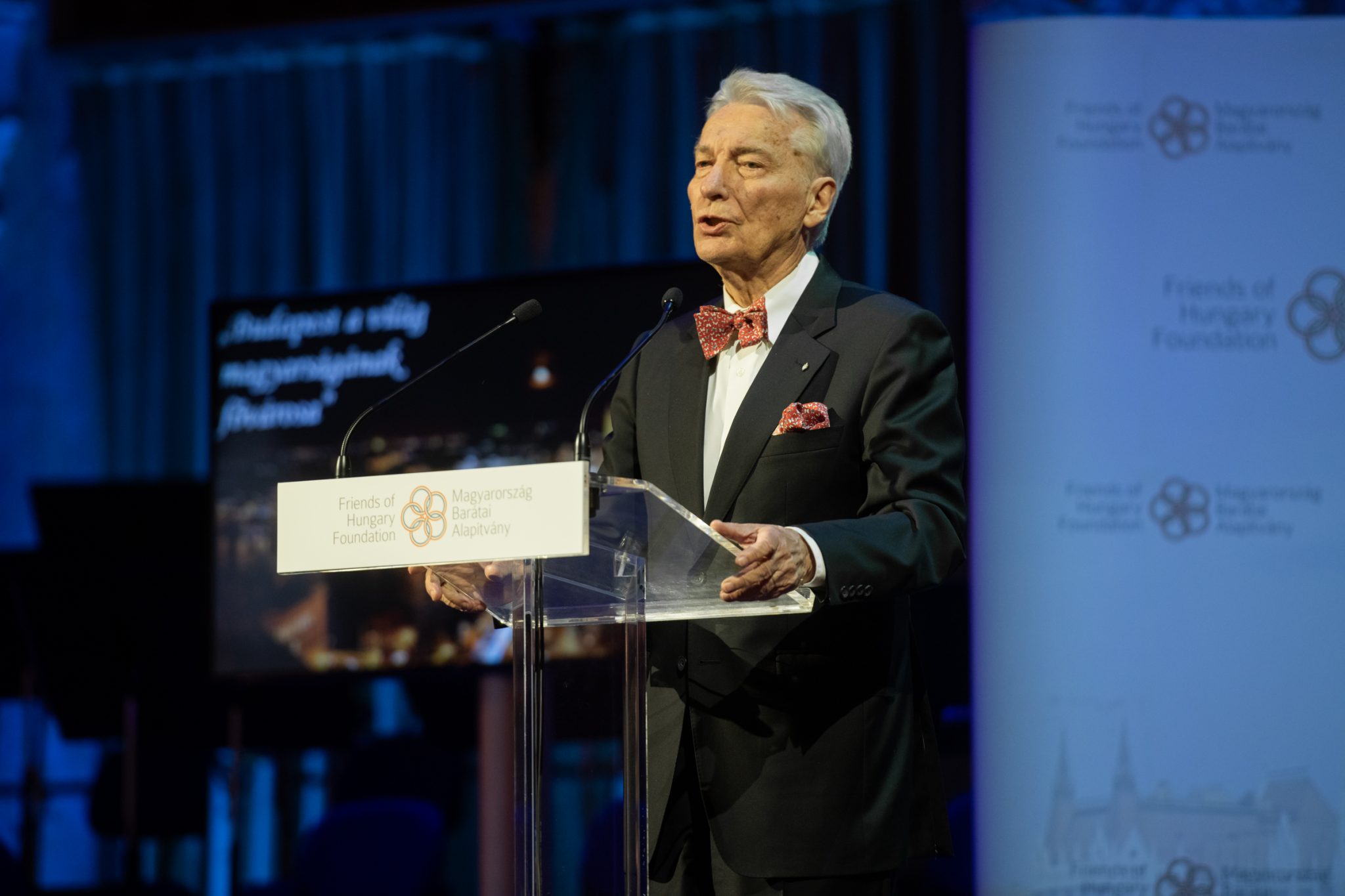 "The many thousands of deaths of the Hungarian Revolution and the people condemned to death and executed after the Revolution was the moral Stalingrad of world Bolshevism."Continue reading

Regarding the situation of the press and freedom of expression and research, the president says that in Hungary they are allowed to write anything. As an example, he refers to the internet, where numerous articles critical of the government appear, as well as the sessions of the Hungarian National Assembly, and asks the question:

Where else in the world do you hear so many vicious remarks about a prime minister as in the Hungarian parliament?”

Vizi also talked about the fact that before the restructuring of the research network, he took a different position from the government, but the cabinet finally decided to “outsource” the network from the academy. According to him, however, the research could remain free, i.e. independent, and more money put into the system.

“Hungary has many friends”

“Ordinary people, be they Americans, Germans, English, or French love our country, our culture, they respect our past,” Vizi said as the Friends of Hungary Foundation’s Chair when asked about the foundation celebrating its tenth anniversary.

The organization brings together Hungarians and people of Hungarian origin who love Hungarian culture and who have the power to influence people’s opinions about Hungary all over the world. The foundation celebrated its tenth anniversary this year, and its members from more than 20 countries around the world traveled home with their families to meet each other despite the pandemic.

The Friends of Hungary Foundation was established in 2011 with the aim to inform the public in a value-oriented but objective way about the events and results from Hungary and from Hungarians all over the world. The foundation follows and documents the successful social, cultural, scientific, and economic activities of Hungarians and consolidates the relations between Hungarians inside and outside the motherland. Among the founders are great personalities: from the Nobel Prize winner in Chemistry György Oláh, to the former governor of the State of New York, George Pataki, to the economist Sándor Lámfalussy, the biochemist Sir George Radda, and the obstetrician and gynecologist, Alfréd Pasternák, who survived the Holocaust and became a successful physician in the United States. April H. Foley, former ambassador of the United States of America, and Christopher Long, former ambassador of the United Kingdom, continue to support the work of the organization to this day. Reinhard Olt, the well-known publicist for the Frankfurter Allgemeine Zeitung, is also among the ranks of members. “They all contribute to giving a true picture of Hungary,” said Chair E. Sylvester Vizi.

Vizi describes it as one of the most important tasks of the Friends of Hungary Foundation “to promote the reputation of the country.” It does this with the help of many respected public figures who act as “little ambassadors” abroad.

Featured image: E. Sylvester Vizi in the studio of Kossuth Radio, during the recording of the program “Faith, Science, Society” on 13 April 2021. Photo by Zoltán Balogh/MTI