Doubts about Government’s Move to Restrict Home Delivery of Medication

The government moved to ban non-prescription medication deliveries by courier companies from next year, pointing to security and protection of pharmacies in smaller towns. However, the move would adversely affect not only several pharmacies, but customers too in the middle of a pandemic, according to critics.

With the move, Hungary joins Greece and Bulgaria, the only countries in the EU with such a restriction in effect.

“We had to act now while we are still at the beginning of the process,” president of the Hungarian Chamber Of Pharmacists (MGYK) argued in 24.hu‘s report. According to their estimations, online sales currently account for 1%, but could grow to 15% in 3-5 years.

Zoltán Hankó revealed that recently, a number of high-volume mail-order contracts have come to light. Based on international examples, they expected a fast, dynamic, and aggressive market occupation which would have quickly threatened the survival of pharmacies in small towns, as this would have deprived them of the turnover essential for their existence.

The official’s other main argument was drug security and proper client information. “We didn’t feel that there was a guarantee of tamper-proofing, adequate quality, or the conditions that must be documented and ensured within the closed pharmacy distribution system, with personal liability.” He said that when the courier enters the delivery process, this closed chain is broken and personal responsibility and control are lost.

Online sale of medications were made possible ten years ago, and around five hundred pharmacies have now taken advantage of the opportunity, while some of the major players have invested large sums in the relevant developments, according to an official from the Association of Pharmacies Operating in Network (HGYSZ). In addition, one in five pharmacies sell medications online, and in the last two or three years, web-based sales of medications have increased by 50-80%. Pharmacies receive around 150,000 orders per month online, which number rose two-fold during the pandemic’s second and third waves.

Doubts: New rules to cause a loss of income?

Similarly to the aforementioned HGYSZ official, Phoenix Pharma’s (one of the biggest pharmaceutical companies) CEO also finds the timing of the amendment surprising, arguing that due to the coronavirus epidemic, an increasing number of people have requested delivery. Tamás Kaló also notes that pharmacies always prepare orders under the supervision of a pharmacist and hand them over in a sealed package to a courier who delivers the package within a few hours. They are not aware of any cases where someone has suffered ill health as a result of a parcel being sent.

In addition, he called attention to the fact that the new regulations don’t deal with drugs sold outside pharmacies (meaning without professional supervision), such as at petrol stations, or in small shops in towns without pharmacies.

Related article
Almost Half of All Hungarian Municipalities Lack Pharmacies

In total, there are more than 3,000 pharmacies in Hungary; however, 47% of municipalities are left without one at all according to 24.hu’s in-depth analysis.  Overall, there are approx. 2,300 public pharmacies and 680 branch pharmacies (with fewer restrictions and no obligation to prepare pharmaceuticals on the spot) in Hungary, and more than 200 pharmaceutical dispensaries and 180 […]Continue reading

On their end, Phoenix Pharma doesn’t expect a major loss of traffic as all other products can still be ordered online, including food supplements, vitamins, and cosmetics. On the other hand, the sales of some other non-pharmaceutical products may additionally fall out of the hands of the pharmacies, he predicts, explaining that chances are that people will buy them through other online channels, which could already cause a loss of income for pharmacies.

The Chamber expects that in parallel with the growing demand of home delivery, pharmacies would be able to gradually adjust to the conditions, but an unnamed source told 24.hu that this is doubtful, due to the shortage in pharmacists. 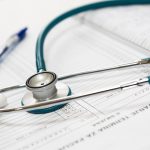