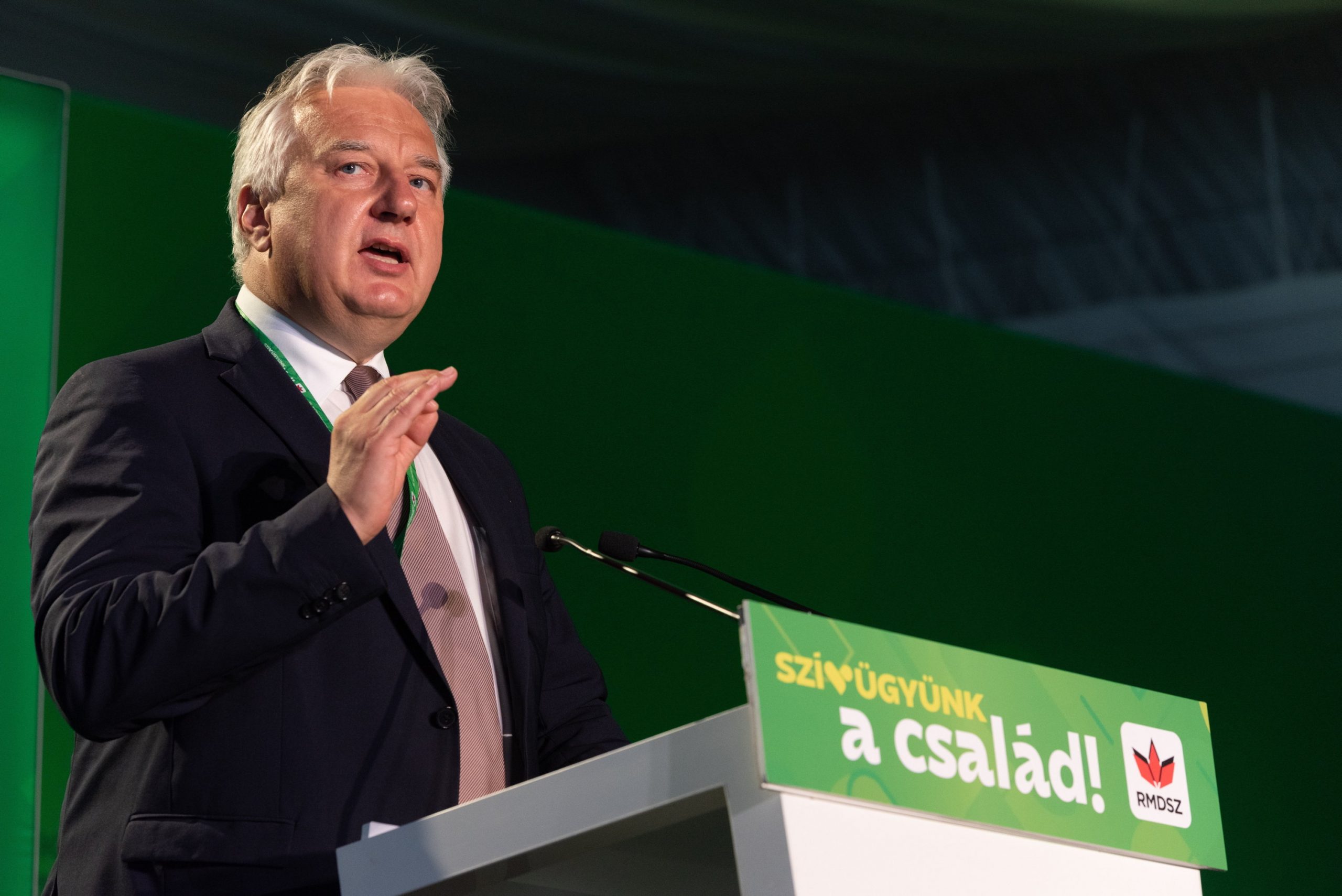 In his address, Semjén referred to “confidential” ties between RMDSZ and the Hungarian government since 2010, adding that no relevant government decision concerning Romania had been made without consulting Hunor Kelemen, the head of the party. He added that the government was expecting RMDSZ to play a crucial role in a reconciliation process between the two countries’ governments.

Three Seas is a flagship initiative for efforts to create a united economic space in central and eastern Europe, the Fidesz politician said.Continue reading

“All Hungarians have an interest in good Hungary-Romania ties,” Semjén said. He also said that Hungary and Serbia had “completed a full historical reconciliation”, adding that “if we could do that with Serbia, why couldn’t we do the same with our Romanian friends?”.

At the congress, Katalin Novák, Hungary’s minister in charge of families and deputy head of ruling Fidesz, read out a letter from Prime Minister Viktor Orbán.

In his letter, the prime minister quoted architect Károly Kós as saying “we can only own what we can fight for”, and added that it applied to both Bucharest and Brussels.

“In the fight for our language, Christian culture and national identity, we, Hungarians, could always rely on ourselves only. That should encourage us to jointly protect the achievements of Hungary’s nation policy next spring,” Orbán’s letter said.