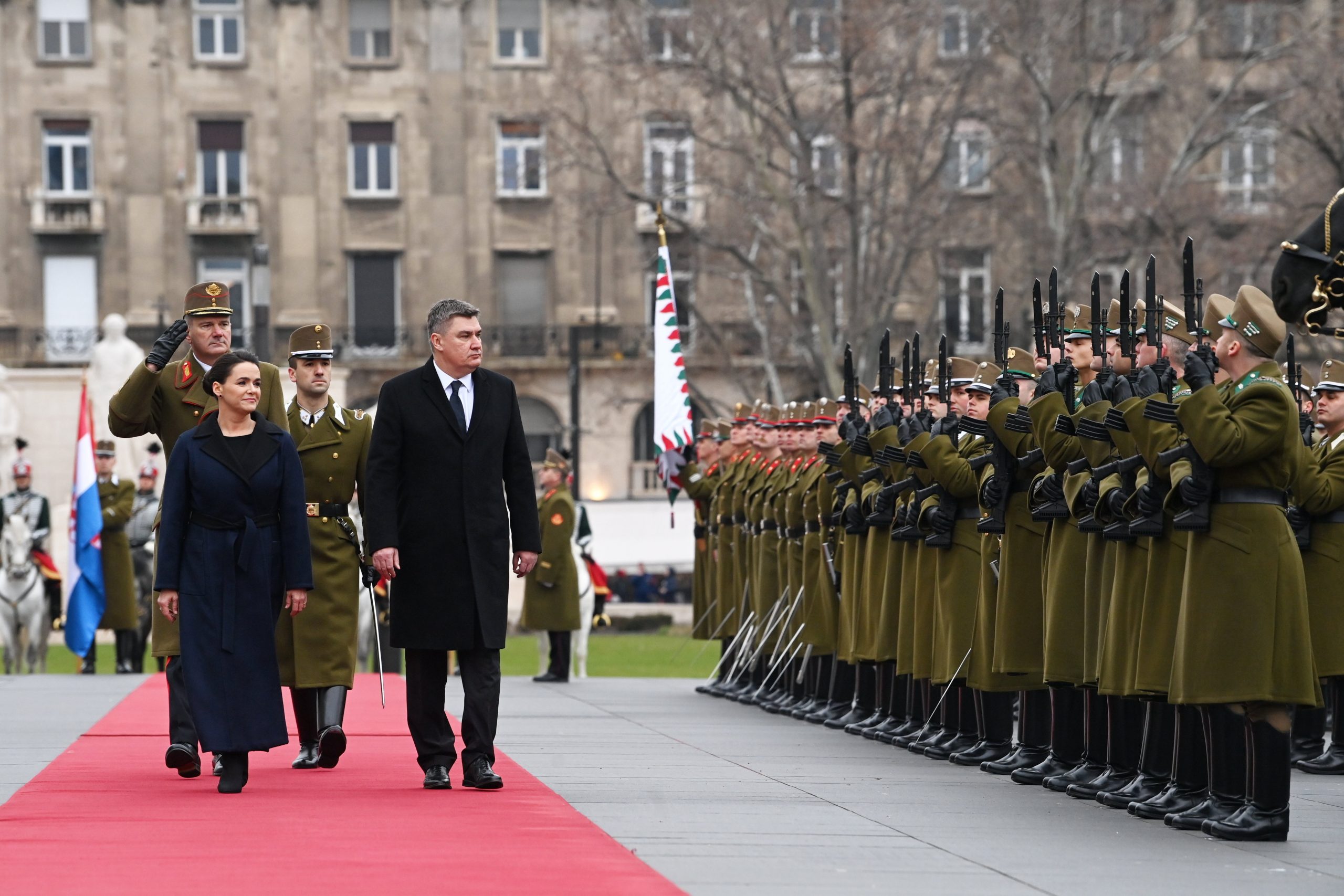 Croatian President Zoran Milanovic arrived in Budapest at the invitation of his Hungarian counterpart, Katalin Novák on Friday.

We condemn Russian aggression and the attack on Ukraine, we stand for the sovereignty of the country and we stand for peace, Novák said at their joint press conference in the Sándor Palace, Origo reports. 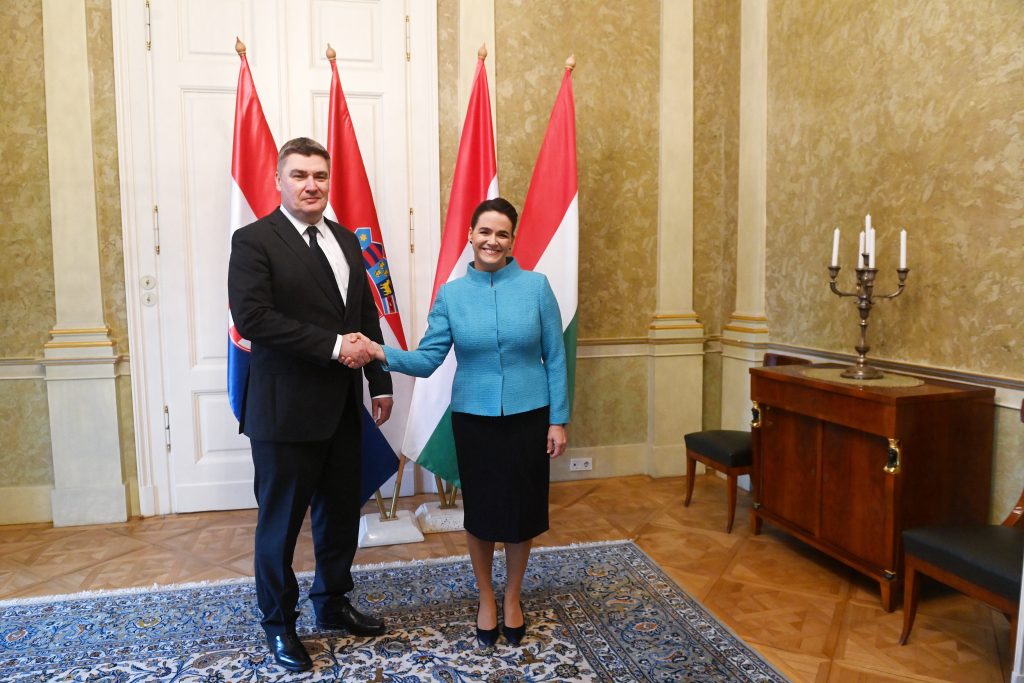 EU enlargement towards the Western Balkans must continue, she added. Illegal migration must be stopped as it is a threat to Europe. 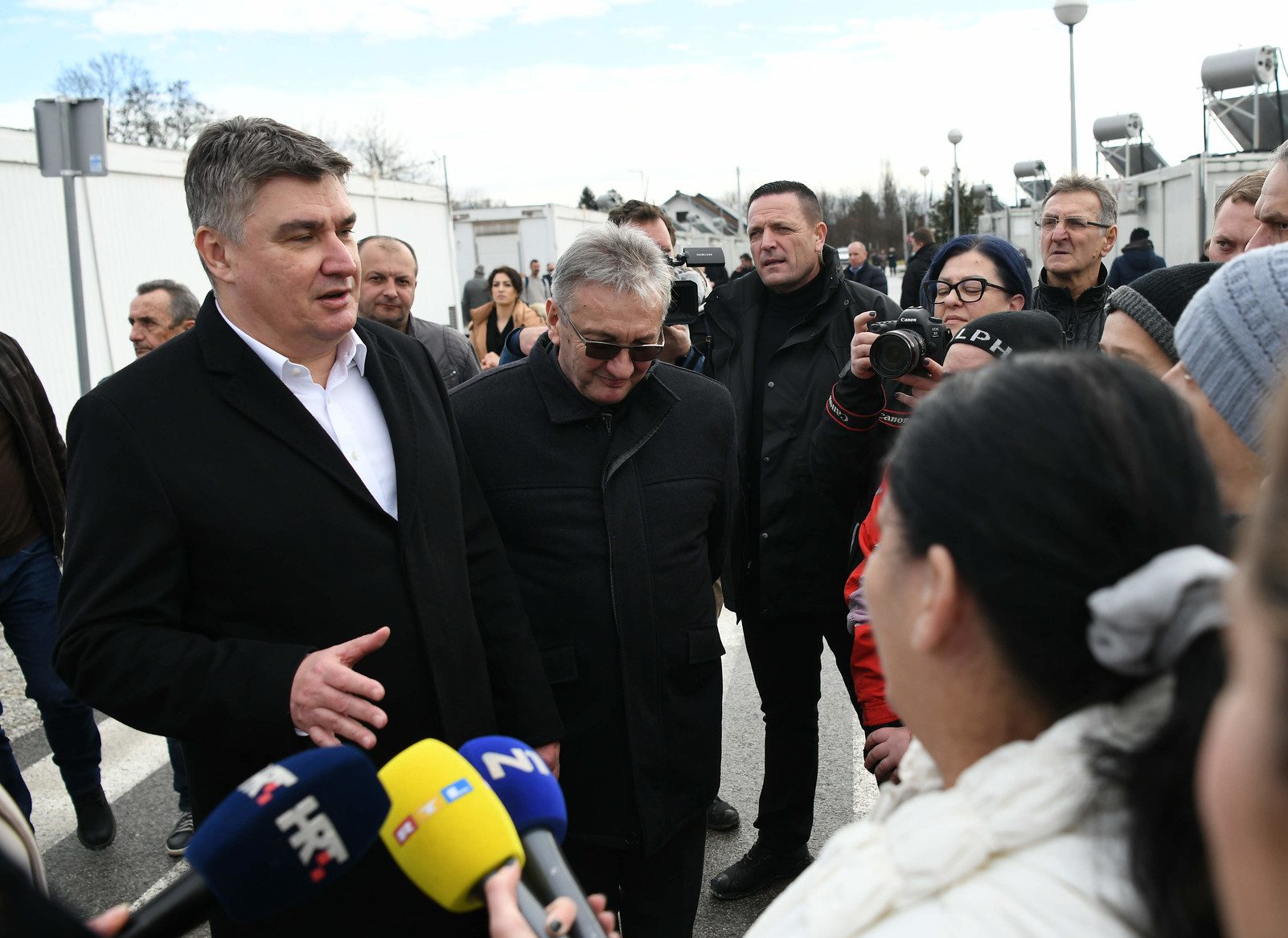 The Croatian president expressed his pleasure at being welcomed as a friend in Hungary. “European values are not the same in all countries and not all governments are alike. The EU cannot function with Brussels bureaucracy dictating everything, we must be open to diversity,” Milanovic said. “I think one of the most acute problems is that without clear criteria, the allocation of funds in the European Union is decided on the right of the strongest,” he stressed.

“We do not support a united states of Europe. The EU’s too tight embrace has driven the British out of the Union,” he warned.

Lessons must be drawn from the British departure. Croatia joined the EU to preserve its independence and openness,”

He also said that in 2015 he had a different view on migration. “Croatia now has to protect its southern borders because of Schengen accession”, he added.

In response to a question, Katalin Novák said that she had informed the Croatian President that 150,000 Hungarians live in Transcarpathia, Ukraine and that their rights are being curtailed. What is happening in Transcarpathia is unacceptable. The current version of the minority law is not acceptable to Hungary, she added. 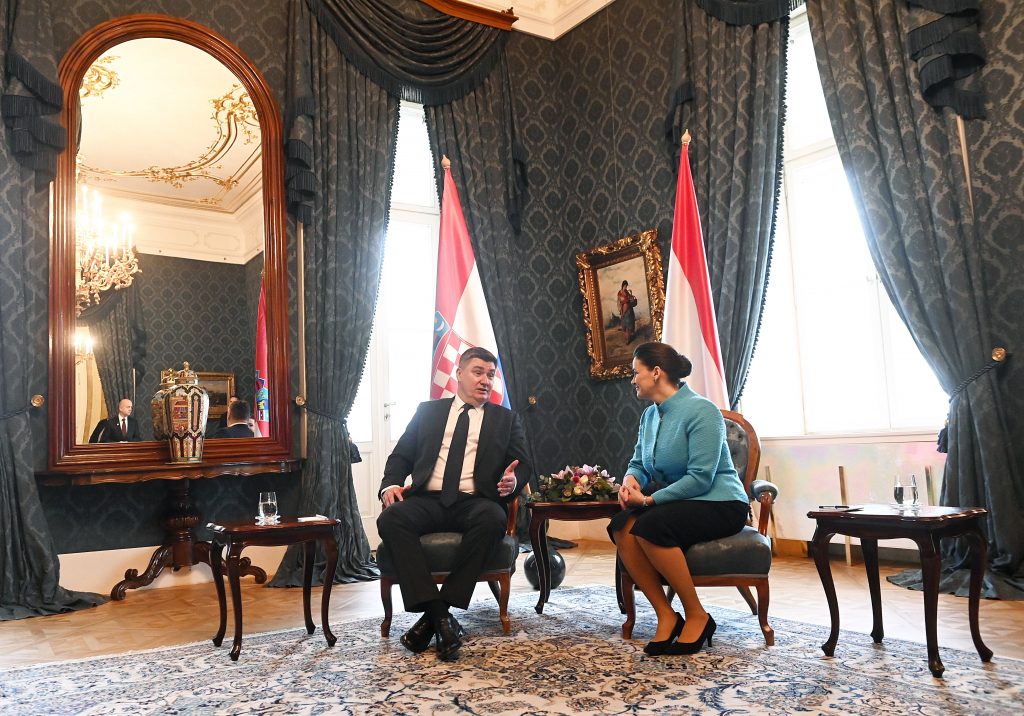 Katalin Novák said that she raised the issue of minorities during her visit to Ukraine last year. The Ukrainians were aware of the Hungarian point of view but did not take it into account. The president said she sent a letter earlier to her Ukrainian counterpart, Volodymyr Zelensky, but so far has not received a reply.

Milanovic said it was incomprehensible why the EU was silent on the issue of minorities in Ukraine and the crackdown on Hungarians.

Local politicians from Munkatsch arranged for the removal of Hungarian flags and the dismissal of a Hungarian school principal.Continue reading