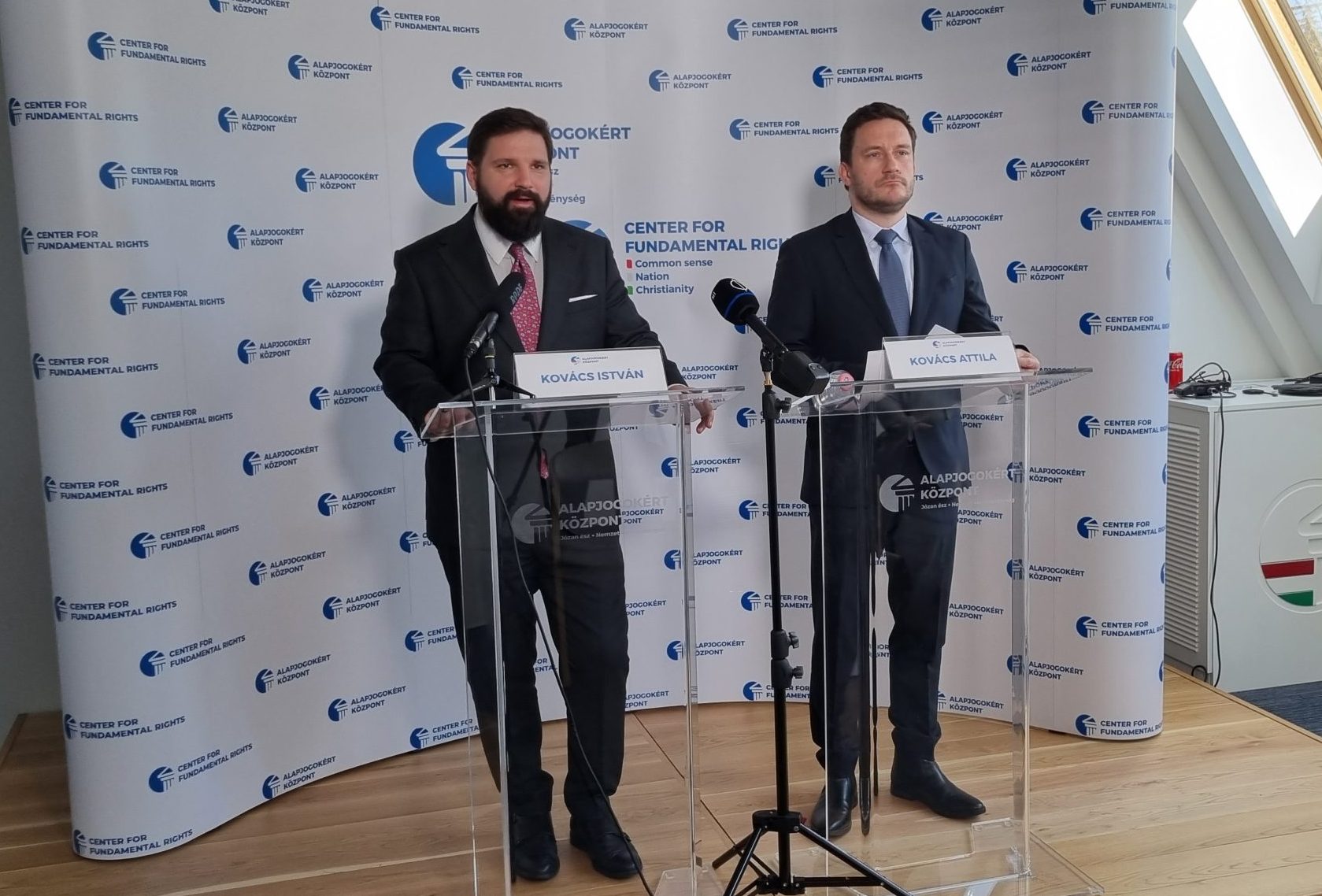 During a press conference held at the headquarters of the Center for Fundamental Rights (Alapjogokért Központ) in Budapest, we asked the institutes’ directors about their opinions concerning the threat of the European Commission’ withdrawal of Erasmus and Horizon research funds from Universities operated as public trust foundations. What are the primary motifs of the Commission for withholding these vital funds from Hungarian education?

István Kovács:
– There is a point in the Council decision itself that says that such public interest trusts cannot receive EU funds. The model change from state to foundation has happened at many universities in Hungary, but not in all. There is a perception in the European Commission that the model change is wrong because they think it serves political ends. The question is how the Eurocrats, who are always in favor of education and the free market, can support a model in which the university is one-to-one dependent on the state. In which the state is the maintainer, and the state holds the appointment rights.

The point of changing the foundation model was to make universities independent of the state once and for all. The public trust foundation would exercise most of the functions previously exercised by the state.

It is a conceptual thing. The foundation model is not necessarily better, but as far as I can see it is better suited to the challenges of our time. The old model is left over from the times of socialism.

For the European Commission to get involved in higher education in Hungary on such spurious grounds, is a clear interference in academic freedoms. This is being done in a discriminatory manner. They are not sharing certain resources with all Hungarian universities; instead, they are targeting certain universities in a very clearly defined way, with political motives. They do not like the management there, they do not like the people on the boards of trustees of the foundations. 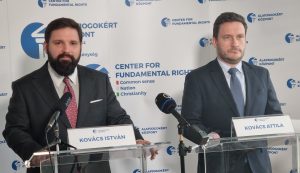 There is a clear process by which these people are put in these positions in accordance with Hungarian law. The problem with the Commission is that their political preferences do not prevail here. It is that they aim to be in charge of some institutions in Hungary and be able to tell them who should run these. The Erasmus debate can be translated into this sort of area.

The European Commission also recognizes that if it maintains its position in the long term in which foundation institutions cannot receive EU funding,

it puts these universities at a very serious competitive disadvantage in a discriminatory way.

It is not just a question of students going to EU countries, but also of exchanges of teachers, research, and development projects. This is a very serious interference in Hungarian academic freedom. It sets a precedent that could have unforeseeable consequences. I think that this is part of a negotiating position, but it is a position that the Commission itself cannot consider sustainable even in the medium term. Therefore, this problem must be resolved soon- within six months. This is terrible, because we are talking about Hungarian universities being at a competitive disadvantage compared to foreign universities.

Attila Kovács:
– When Western European universities have former or active politicians on their governing boards, the EU is not interested. When Hungarian politicians are on university boards of trustees, it immediately puts them in the crosshairs of the European Commission.

Name one single foundation university that has not had a major pay raise in the last semester! Everywhere there have been very serious increases in lecturers’ salaries. Here, the model change is framed in negative terms by Brussels, but the significant wage increase that this implies is somehow being glossed over.

There have been very serious positive consequences emanating from the model change in the academic world, so it is incomprehensible that a system that has produced results is now being cut in half.

University projects such as Horizon stimulate the economy. The EU has its innovation objectives, and Hungary is doing well in these areas. The growth of the European economy is being slapped in the face by the Commission’s decision, when every euro cent should be spent on developing the economy at a time when the EU region is close to recession. 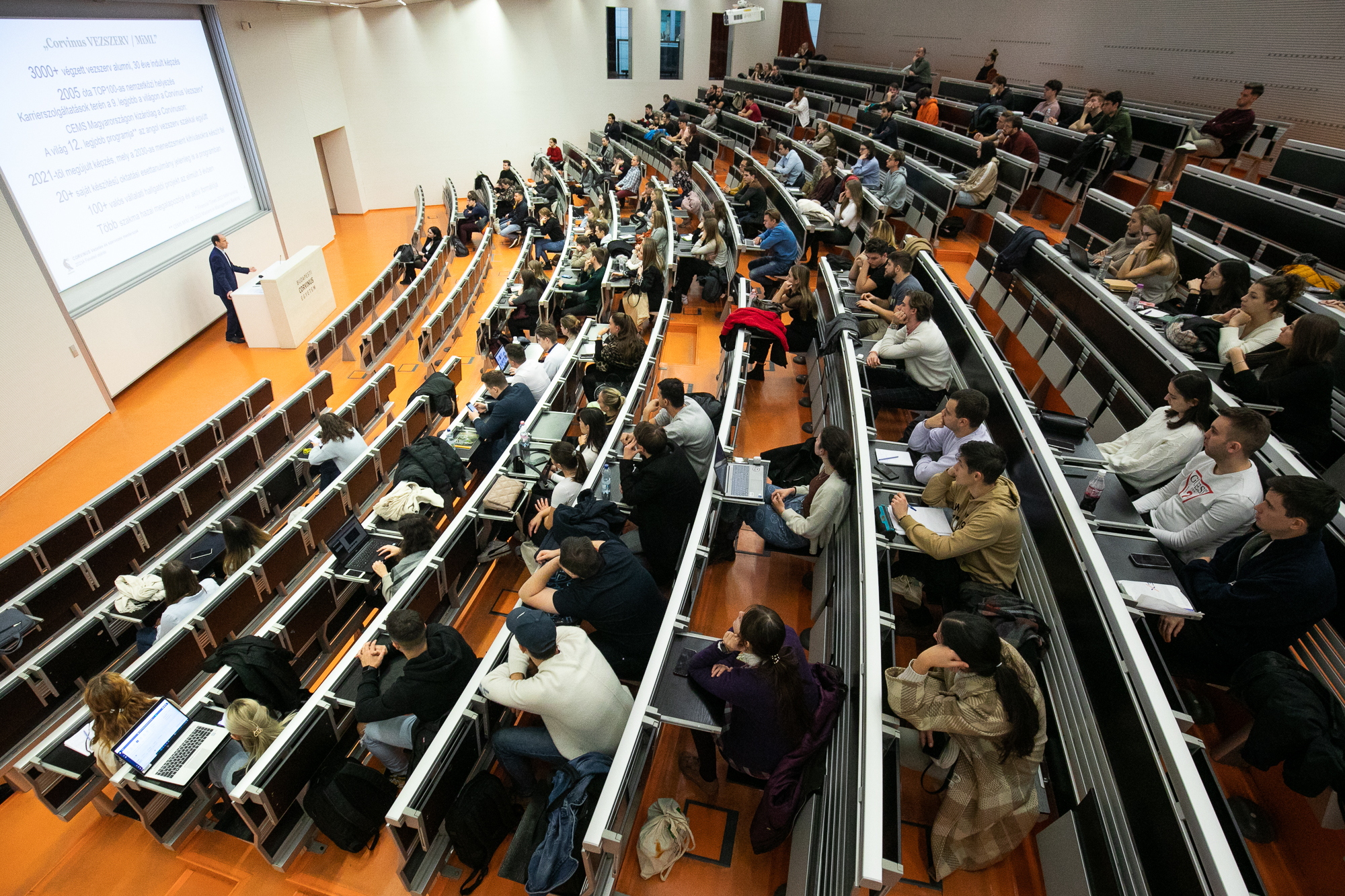 According to Minister Tibor Navracsics, the government has addressed all the concerns previously raised by the Commission.Continue reading