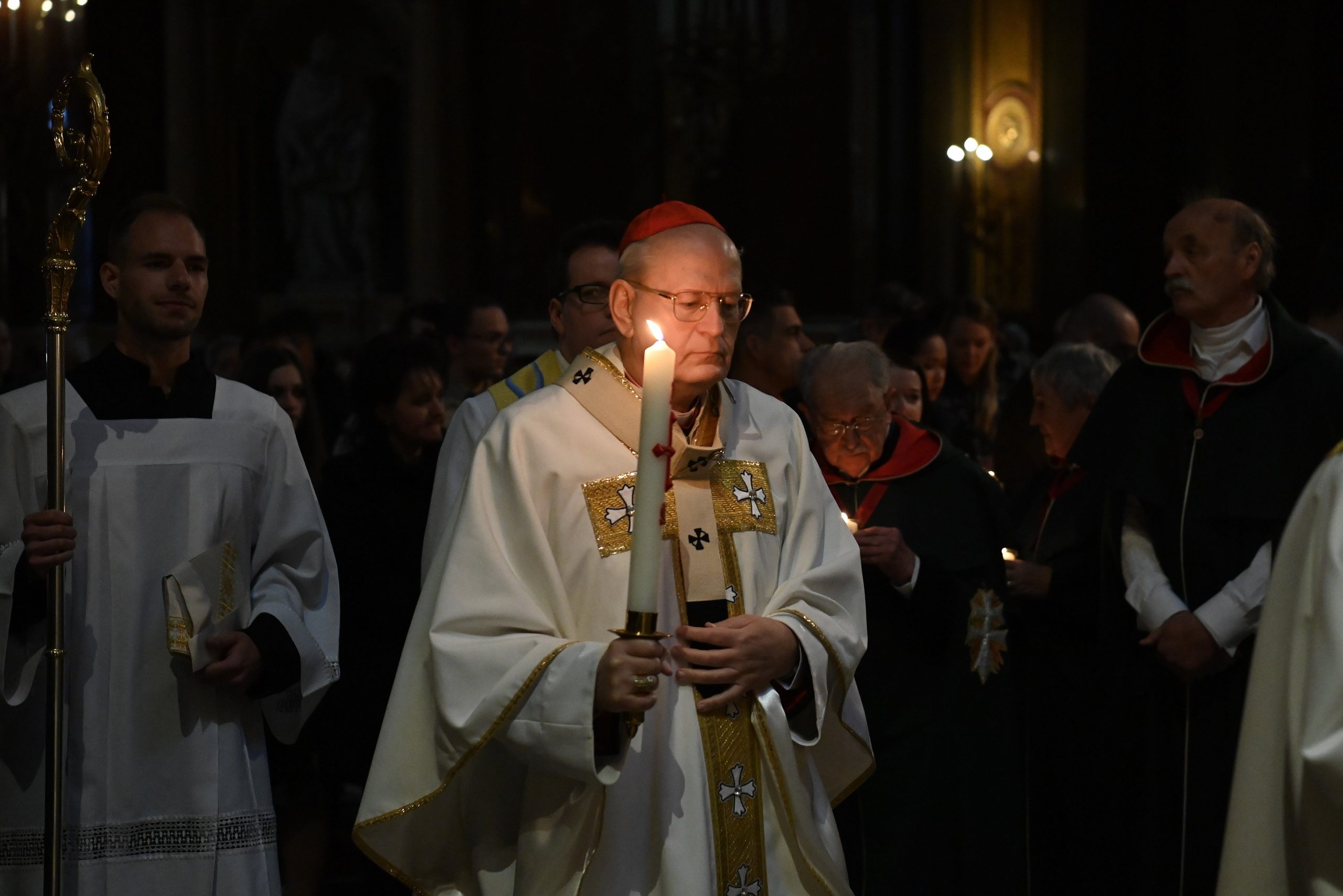 Jesus “sacrificing his own life restores peace between the world and its Creator and makes peace an obligation for man”, Cardinal Péter Erdő, the head of the Hungarian Catholic Church, told MTI on Saturday, celebrating Easter.

The Cardinal said Jesus had greeted his disciples with shalom, the ancient Hebrew greeting, and said “again and again we are obliged to meet the challenge in Christ’s salutation”. “We must overcome ourselves, reining in our own passions and wishes,” he added.

Erdő highlighted the work of the Catholic Charity helping Ukrainian refugees in Hungary and called special attention to children among them. He said it was important that their schooling should not be interrupted “or else their chances in life could irreversibly diminish”. Some 200 teachers in Catholic schools have volunteered to teach Ukrainian children, and several schools in and outside Budapest have now started the classes for children speaking Ukrainian or Russian only, the cardinal said.

Erdő noted Pope Francis’s recent calls for peace and said “we believe in the strength of prayer… we allow the people we pray for into our hearts.”

The Catholic Church is in an “ecumenical relationship” with both the Ukrainian and Russian Orthodox churches; it “has been and will be ready to promote dialogue,” the cardinal said.

Bishop Zoltán Balog, head of the synod of the Hungarian Reformed Church, told MTI that “the suffering we endure or witness will not alienate us from God but bring us closer to Him”. “Celebrating Easter in the shadow of war provides an opportunity to think about suffering in the light of resurrection,” he said.

Balog said he was “grateful and proud” to see that “Hungarians are helping on both sides of the Hungary-Ukraine border”, adding that the Reformed Charity had mobilised 5,000 volunteers, with church members opening up their homes and accommodating over 6,500 refugees.

The Reformed Church has also raised “the highest amount in 33 years” in donations to help refugees from Ukraine.

“Christians must not approve of war… blessed are those that build peace while those waging wars are evil,” Balog said. He said “no alleged or real grievance could legitimise Russia’s aggression” but called for prayers for Russians “because they, too, are suffering a lot”.

Bishop Tamás Fabiny, the head of the Hungarian Evangelical Church, told MTI that “each suffering or persecuted individual carries the wounds of Jesus”, adding that support between people “is rooted in recognising Jesus in the other person”.

He said this year’s Easter had the symbolic meaning that “Jesus would not want us to live behind closed doors and leave those doors closed before people of a different nationality, religion, or thinking”.

Asked what churches could do for peace, the bishop said “pray, speak up, and help those suffering”. He said he was glad to see that people have showed solidarity and were ready to help. He said his community donated money and accommodated refugees in their homes at the first call. 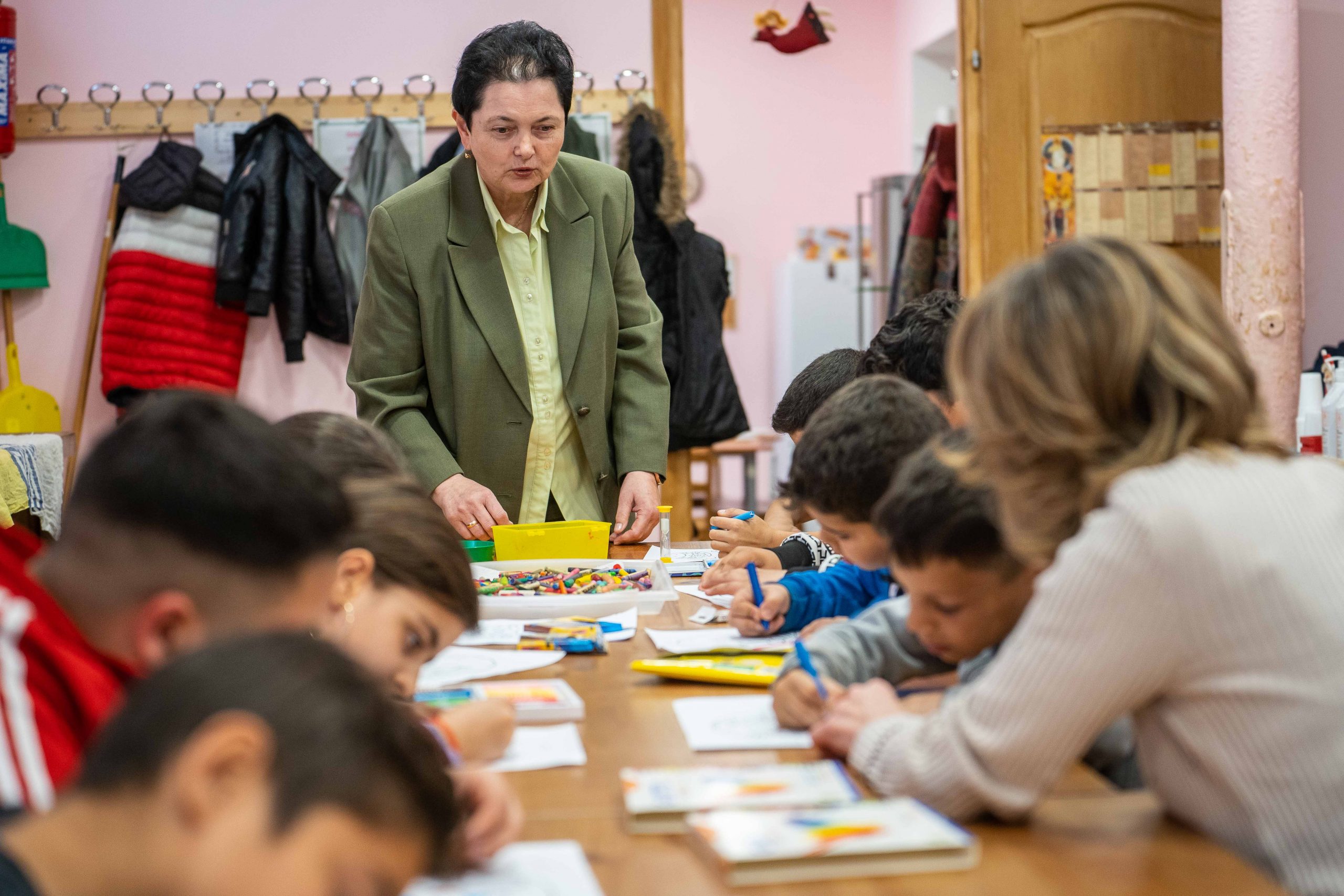 The Greek Catholic Church - the Eparchy of Nyíregyháza - began its service in the Hussar district 10 years ago. They took over the kindergarten and school, which is attended almost exclusively by Roma children, and founded the Magvető Day Care Center for the most disadvantaged families.Continue reading

The Evangelical Church is now in the process of organising tuition in Ukrainian in some of their schools, using bilingual teachers from Transcarpathia, Fabiny said. He added that his church was receiving help from Bavaria, the United States, and Norway to provide financial and material aid to the refugees and Hungarian families accommodating them. 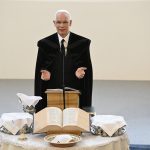 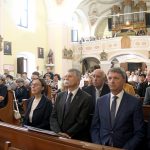