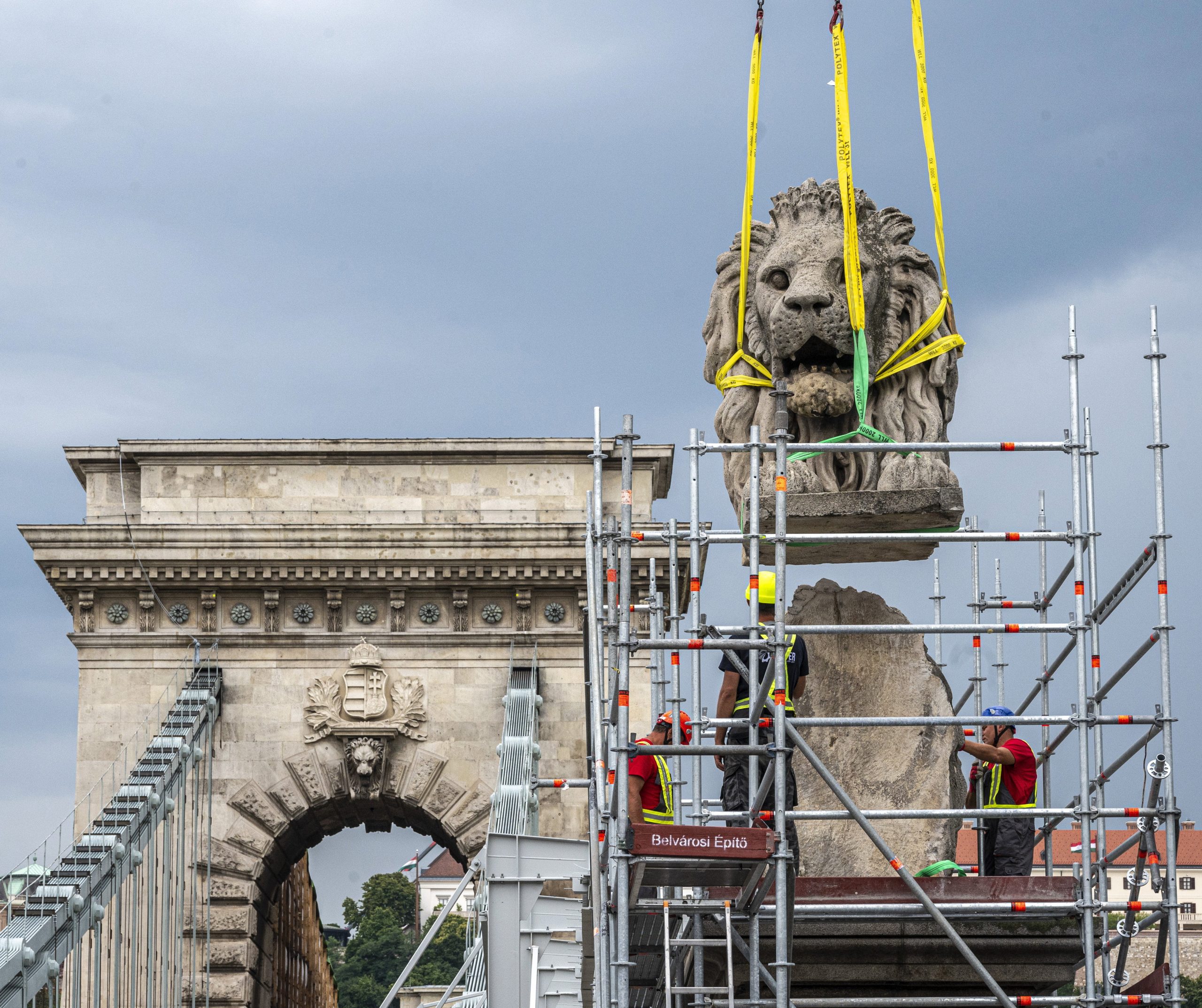 Perhaps one of the biggest spectacles to the restoration of Budapest’s Széchenyi Chain Bridge is the removal of the first of its lion statues on Thursday. The lions at the bridge’s two entry points are characteristic symbols with their own legends surrounding them. They will all be sent to a studio in Újpest where they will be analyzed and refurbished.

Everyone who has visited or lived in Budapest has experienced the grandiose feeling of standing in front of the giant lion statues guarding the beautiful Chain Bridge of Count István Széchenyi. 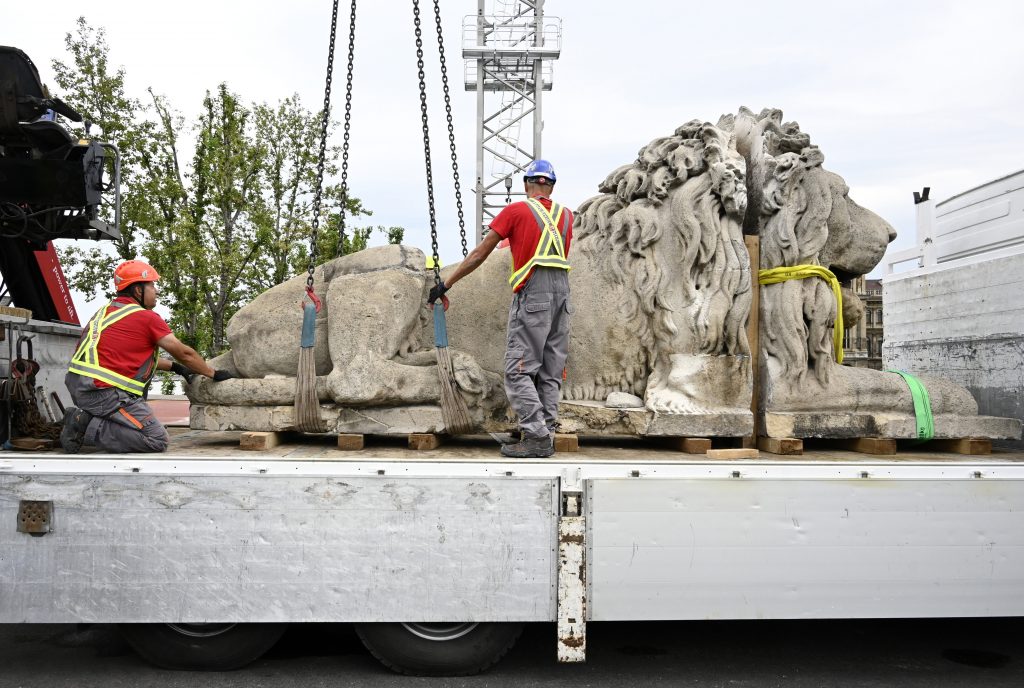 The lion statue in front of the Pest entry point of the Chain Bridge is transported away. (Photo: Zsolt Szigetváry/MTI)

The rulers of the animal kingdom have been roaring at visitors ever since they were placed in front of the bridge’s entry points in 1852, three years after its construction was completed. Anett Puskár, head of communications for A-Híd plc., the company in charge of restorations, explained the process of removing and returning the lions.

The lions are made up of three stone sections, until now they were simply connected through cement. Now once again the three individual sections of each statue will be lifted away individually.”

Puskár explained that after they have been taken to a studio in Újpest for their restoration, the statues will be returned to their places in front of the bridge as soon as it is open to the public once again. 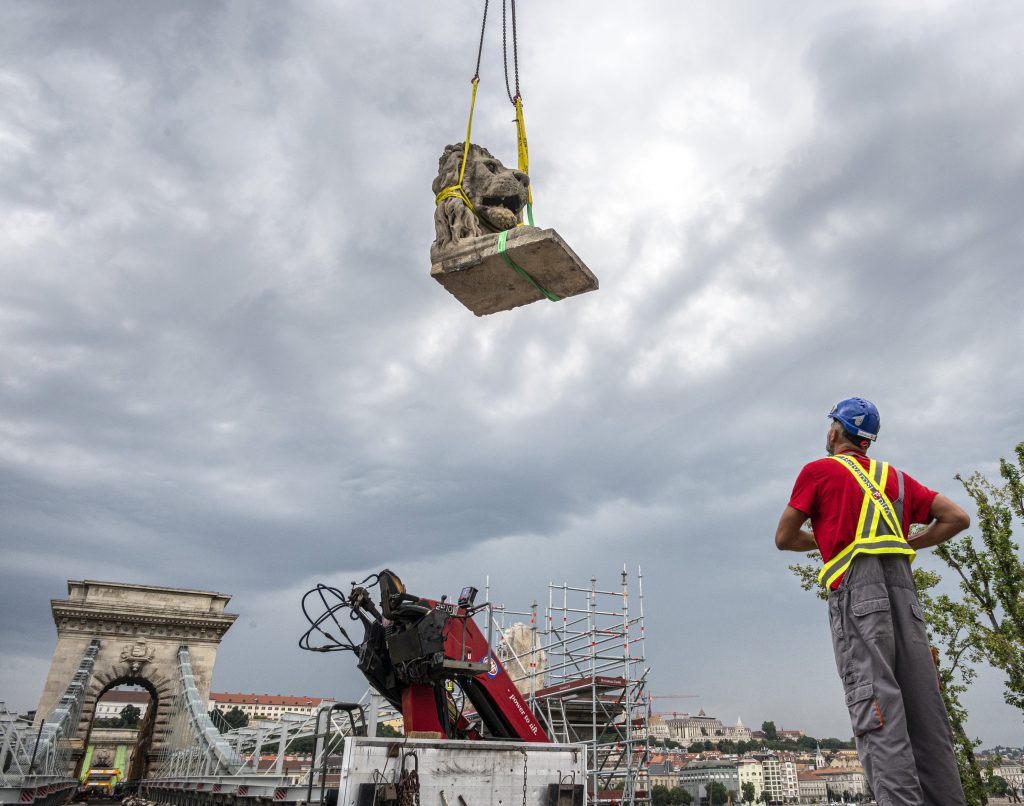 The head of communications also brought up one of the legends around the lions, according to which their creator, János Marschalkó, jumped into the Danube when it was revealed that the statues were not given tongues. Of course, this legend is debunked when a closer inspection reveals that the lions do in fact have tongues.

New and Improved Lions to Return to the Chain Bridge

The restorations of the the lions will first involve an analysis of how stable they are structurally, since limestone sculptures can slowly be eroded by weather over a long period of time. After this they will be cleaned and corrections will be made. 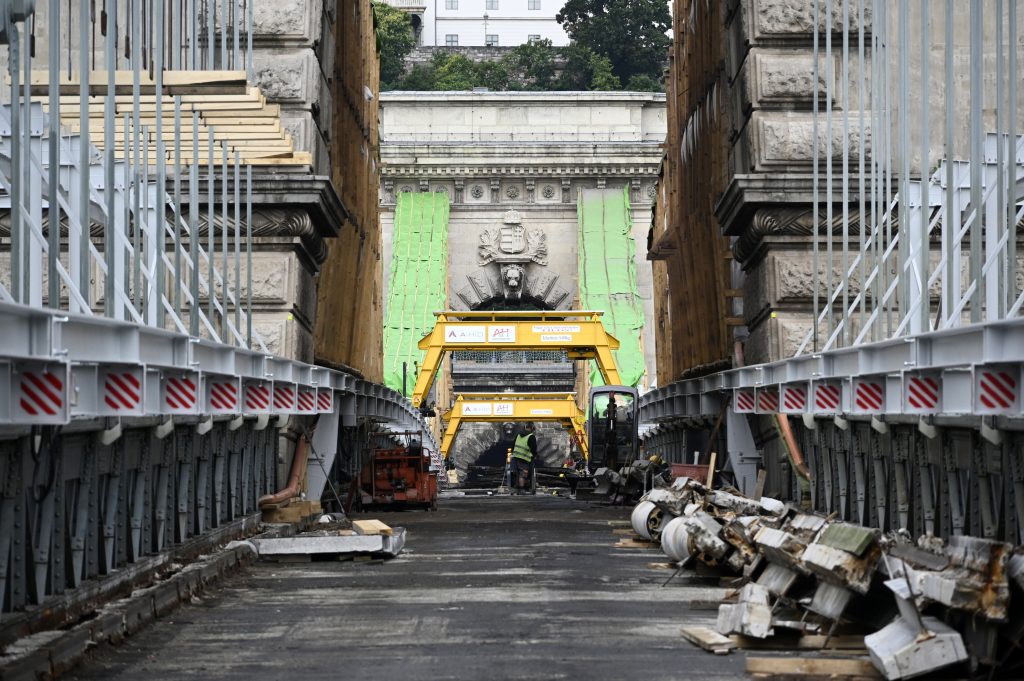 Puskár emphasized that those working on the lions’ restoration will only fix what is broken, meaning that nothing extra will be added, they will be returned to their positions as if they were brand new.

So far only the northernmost statue on the Pest side has been removed from his post, the second will follow in the coming days. The lions on the Buda side of the bridge will be removed in the second half of August. 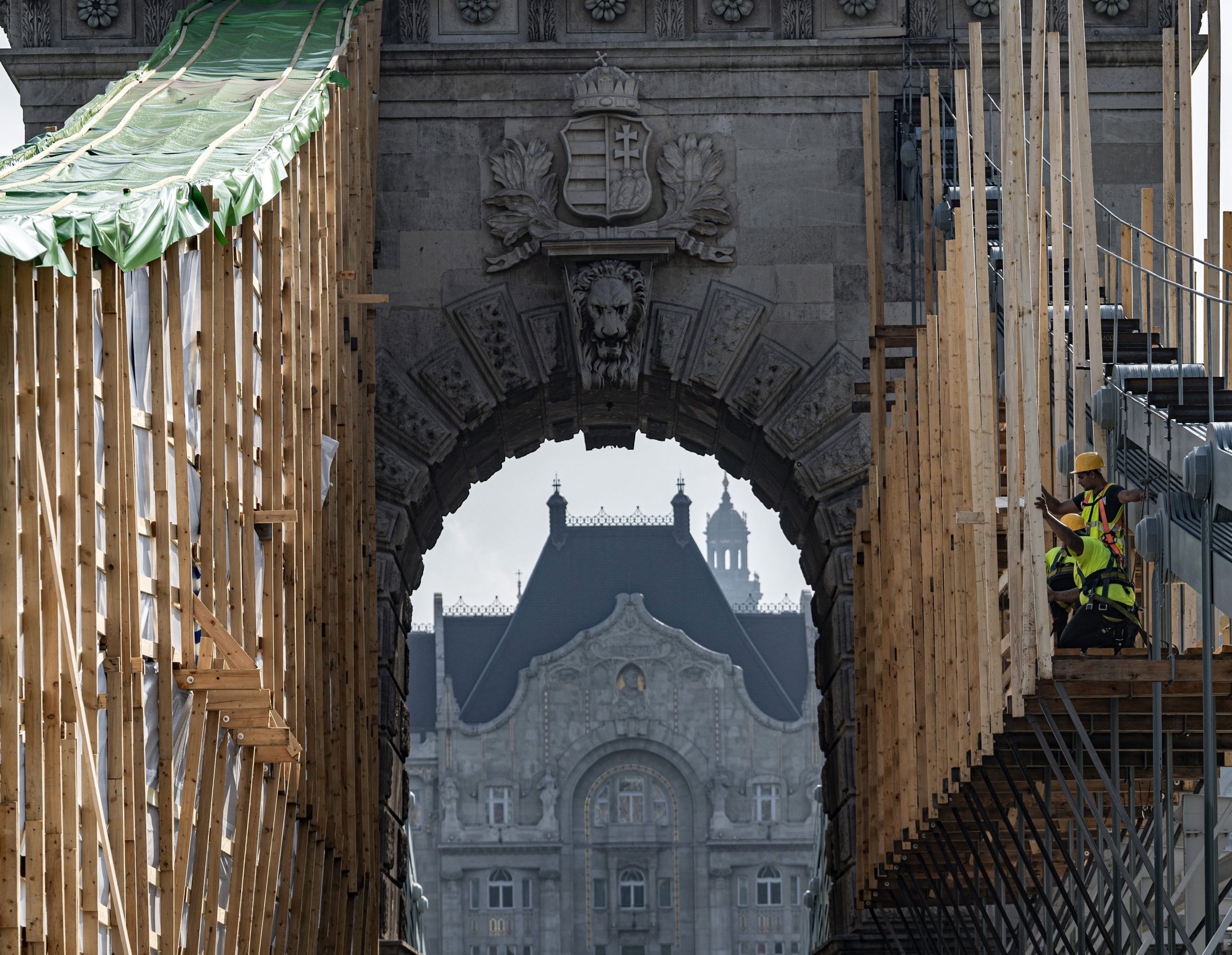 Much of what made the bridge previously recognizable has been stripped away, and the project of removing the entire concrete layer on top of the foundation has been going on for the past week.Continue reading

The restoration of the bridge itself is going according to plans. Puskár told MTI that the bridge is expected to reopen to the public at the end of 2022, by which point the lions will return too. 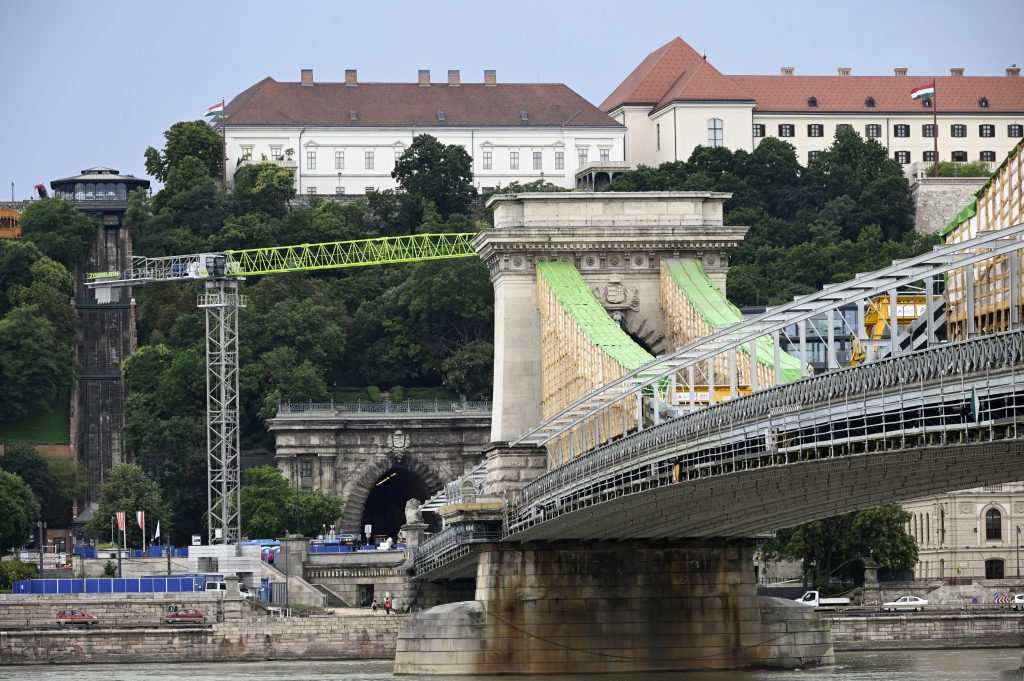 In the featured photo, the head of the Chain Bridge’s northernmost lion statue on the Pest side is lifted away from the other two stone segments. Featured photo by Zsolt Szigetváry/MTI