In an attempt to curb inflation, the National Bank of Hungary (NBH) once again decided to raise its base rate 30 basis points to 1.50%. In addition, the central bank also announced that it would gradually start withdrawing its government bond purchasing program. The move pushed the forint to a two-month high against the euro.

The National Bank of Hungary (NBH),  for the third time in a row, raised its base rate by 30 basis points to now 1.50% at its monthly policy meeting on Tuesday. The NBH also decided to raise its one-week collateralized loan rate and the overnight deposit rate by the same margin to 2.45% and 0.55%, respectively.

The central bank announced back in May that after 10 years it would start a cycle of interest rate hikes, as the means to fight off Hungary’s high inflation rate fueled by the government’s policies aimed at relaunching the country’s pandemic-hit economy. After the first hike in June, central bank governor György Matolcsy outlined that the monetary council would keep raising the base rate until inflation returned to the 2-4 percent target range of the NBH.

As headline inflation only slowed to an annual 4.6% in July from 5.3% in the previous month, analysts were not surprised that the central bank decided to raise rates again.

This is unlikely to be the last rate hike. The MNB expects inflation to rise again temporarily in the autumn due to base effects, so that by the end of the year it will remain outside the tolerance band of 2-4 percent, only returning to the bracket in early 2022 and stabilizing around 3 percent by mid-2022.

According to a recent datasheet by Eurostat, Hungary’s annual inflation rate is the highest in the whole European Union.Continue reading

In addition to the rate hike NBH also made a more unexpected decision and announced that it would start gradually withdrawing its government bond purchasing program, essentially reducing its support for the government’s spending.

As a first step, the central bank is set to reduce its weekly purchases from 60 to 50 billion, although it may flexibly deviate from this. It will then decide on further steps of withdrawal at the end of each quarter, starting in September.

The base rate hike and the reduction of the purchase of government bonds had a noticeable impact on the forint.

At first, right after the NBH’s announcement the forint slightly weakened from 349,33 to 349,56. But the central bank’s reduction of its government bond purchasing program likely surprised the market, resulting in an unexpected firm of the currency.

The forint’s exchange rate against the euro quickly jumped to 348 on Tuesday from around 360 at the time of the previous rate increase, hitting a two-month peak. 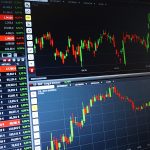