Cardinal Bo of Myanmar: “Those With Patience Turn Every Challenge into a Life-Changing Opportunity” 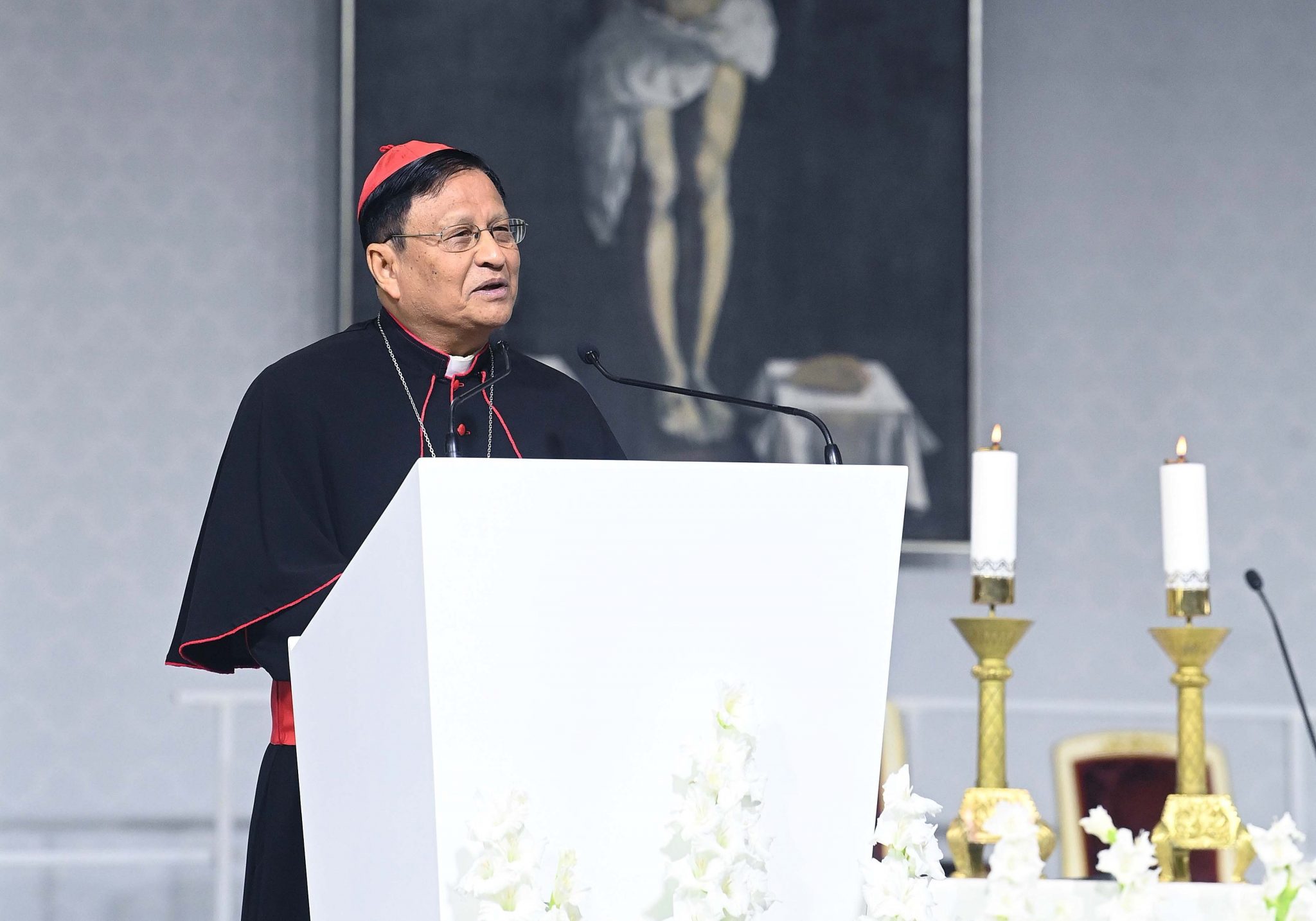 “The Budapest International Eucharistic Congress is a strong witness to a living and vibrant faith,” said Cardinal Charles Bo of Myanmar, adding that “…our languages may be different. But we are united in the message of Jesus.” The 72-year-old Cardinal Bo has been archbishop in the Myanmar metropolis of Yangon since 2003. In his remarks in Budapest, he again asked for prayers for the people of Myanmar, who have faced “conflict, covid, the collapse of the country, and climate disasters” in recent months.

The cardinal greeted the participants with “Jó reggelt!” (“Good morning” in Hungarian), asked them, “Hogy vagytok?” (“How are you?”), and then expressed his joy at having come to Budapest.

At the beginning of his speech, the cardinal praised Hungary for having shown patience and tolerance throughout its long history. He commemorated St. Stephen, the long line of Hungarian saints, and the way this nation has kept the faith in the face of historical adversities, Magyar Kurír reported. He also spoke about how Hungary managed to bring the virus under control and that after the epidemic we can now celebrate the victory of perseverance together.

Bo recalled the challenges of poverty, the COVID pandemic, and conflicts in his home country.

“I am firmly convinced that this congress is the starting point for worldwide healing,”

said the cardinal and president of the Federation of Asian Bishops Conferences. The cardinal’s most important message was one of patience.

“Those who have patience turn every challenge into a life-changing opportunity,”

he said. Patience is also “the only way this world can live in peace,” referring to historical developments in which “impetuous, impulsive, impatient leaders have led the world to catastrophe.”

Cardinal Bo described the centuries-old devotion to the Blessed Virgin Mary as the untangler of knots, which is also supported by Pope Francis himself. In the well-known painting, an angel offers Mary a rope full of knots, while another angel takes the other half, already smoothed by Mary, and offers it to the people. “With patient obedience, Our Lady unties the knots that represent the spiritual and physical difficulties caused by others or by ourselves, as well as the seemingly unsolvable problems caused by the world itself.”

The baroque icon “Mary, Undoer of Knots” (or “Mary, Untier of Knots”) was donated in 1700 by the Augsburg patrician Hieronymus Ambrosius Long Coat (1641-1718), canon at St. Peter’s Abbey in Augsburg, for the altar of the “Our Lady of Good Counsel,” and was created by the Augsburg artist Johann Georg Melchior Schmidtner. It shows the Madonna standing on a crescent moon, untying knots from a long white ribbon, and at the same time, stepping with her foot on the head of a snake- a symbol of the devil and the Fall of Man, thereby undoing it. The knotted shape of the snake mirrors the knot Mary holds in her hands. The Madonna is surrounded by twelve small angels, two large angels, and a wreath of stars with seven visible six-pointed stars. Above her head hovers the Holy Spirit in the form of a dove – an allusion to Mary as the bride of the Holy Spirit. She is clothed by the sun, as described in the Revelation of John. (Via: wikipedia.org)

The cardinal also stressed the significance of the sacrament of the Eucharist for the faithful.

“As the source and summit of spiritual life,” the faithful were deprived during the pandemic. According to the cardinal, however, the Church’s understanding of the Eucharist goes beyond this point. In the spirit of combining Eucharistic devotion and charitable work, there is a need for a “global Eucharist of common resources, economic and ecological justice – a world in which God’s justice triumphs,” Bo said, reported kathpress.at.

“The Eucharist is a prophetic cry that goes out from millions of altars: a cry for justice, for a war against poverty, against hunger, against the oppression of the weak.”

Today, more than 340 million Christians face daily discrimination because of their religion. In Burma, Southeast Asia, members of the community have been subjected to oppression and persecution for decades. Buddhists are in the vast majority in the country of 53 million people. One percent of the population is Christian and four percent is Muslim. Despite the oppression and minority status, the Burmese church has grown even in the most repressive times. The number of believers has grown from 100,000 to 700,000. The 160-member clergy grew to 700, while the number of monks increased from 300 to 2,000, most of them under the age of 40. Charles Maung Bo said in a recent lecture: “…the church was like a mustard seed that grew into a tree, as in the parable in the Holy Scripture.” The strength of the community is shown by the fact that 16 charities now support those in need.

Catholics in the country have also suffered greatly, and “churches have been attacked,” the cardinal said. “Many of our people are refugees in our own country.” He said the Catholic Church in Myanmar is trying to accompany people “in their tears and their brokenness.” “Our nation needs healing,” Bo further stressed.

The Myanmar cardinal quoted Pope Francis, who himself sees the pandemic as a lesson about the consequences of selfishness and wasteful living, and a choice between continuing on the same path or embarking on a new one.

“And indeed, during Covid, we learned a lot about patience, but after the mental and emotional darkness, we can also experience rebirth and see the value of our lives more realistically,”

the cardinal said, finally adding that “God has been patient with people countless times in salvation history, and Jesus himself was patient in situations of rejection or refusal.”