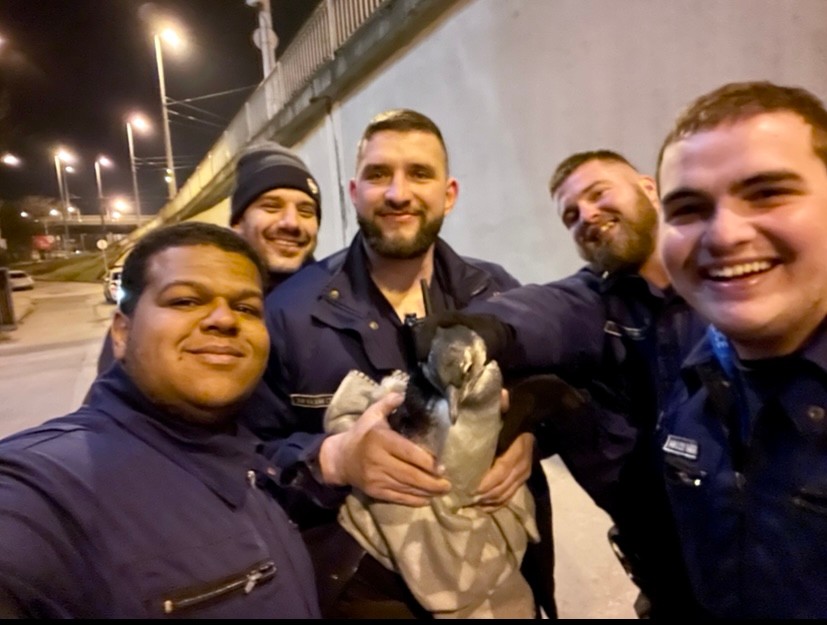 “An unusual runaway was caught by our colleagues on a busy street in the capital,” reported the Budapest Police (BRFK) on their Facebook page. Police officers from Zugló were greeted on Dózsa György street by a rarely seen irregular road user: a penguin, waddling in front of the police car, violating traffic rules, BRFK added.

The police and Zugló vigilantes on duty with them stopped vehicle traffic to carefully capture the penguin, then wrapped the bird in a blanket. The police then informed the Budapest Zoo and took a group photo of the unusual “catch.”

“The lost penguin was brought safely to its home by patrols and handed over to the Budapest Zoo staff,” the post reads.