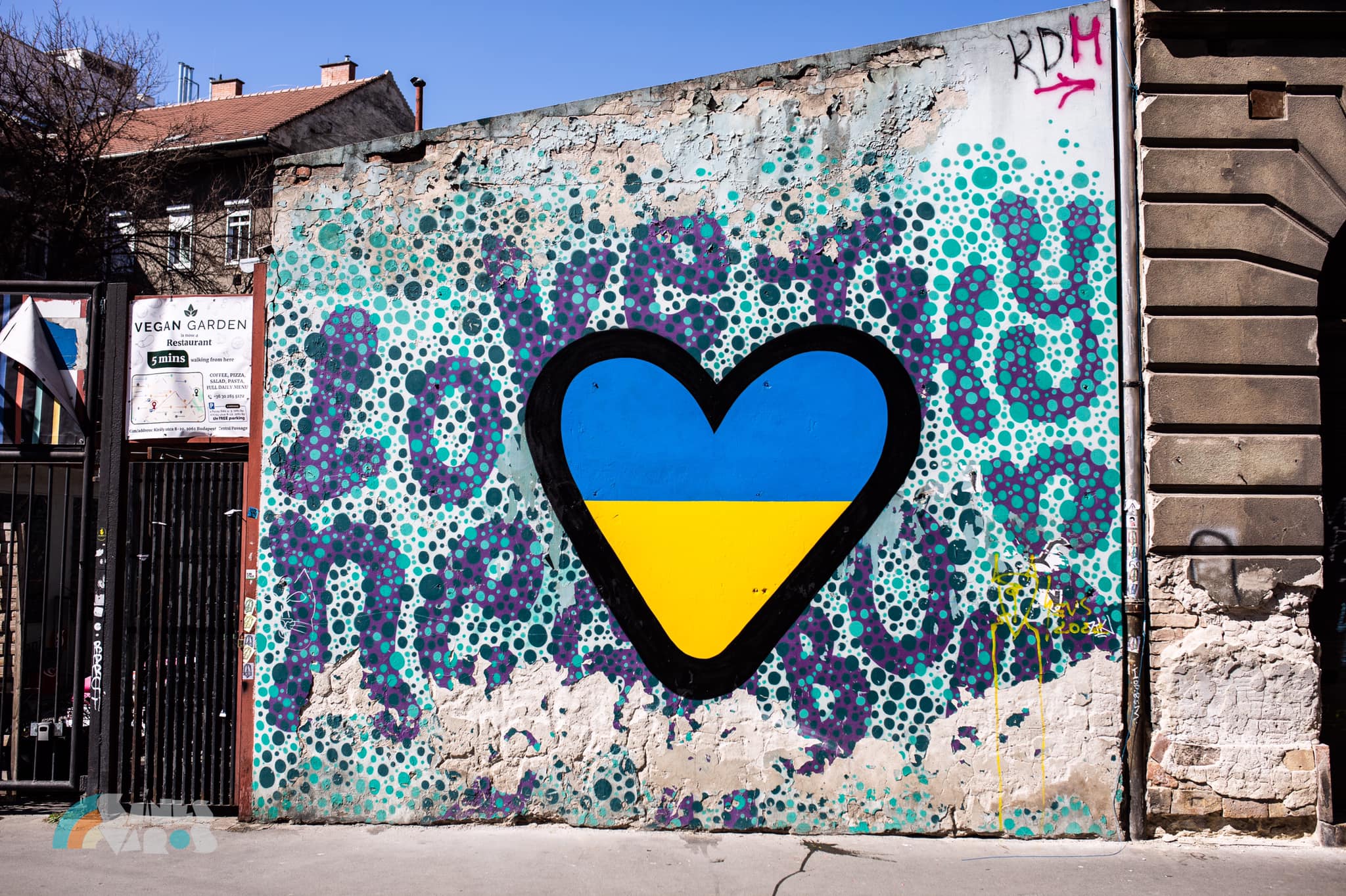 The original red heart in the capital’s Dob Street has now been repainted in the colors of the Ukrainian flag, blue and yellow.

British-born artist Luke Embden created the mural of a red heart, which has since been the subject of thousands of selfies. The painting, now commissioned by Colorful City Group, has the words “love your neighbors” written in the background.

Péter Flór, an activist from Colorful City, said that they asked the British artist for permission to paint the red heart in the colors of the Ukrainian flag.

This is a very difficult time for all of us, so we are trying to express our solidarity with Ukraine through our own means. Soon we will also create a coloring book based on the murals in Budapest, which will be donated to Ukrainian children who have fled to the hostels… We have limited resources, but we feel that if we can do even a small thing, we will do it,”

Recently, graffiti was created depicting Russian President Vladimir Putin standing in the middle of a blazing battlefield as Jesus points to him and tells him to end the war. 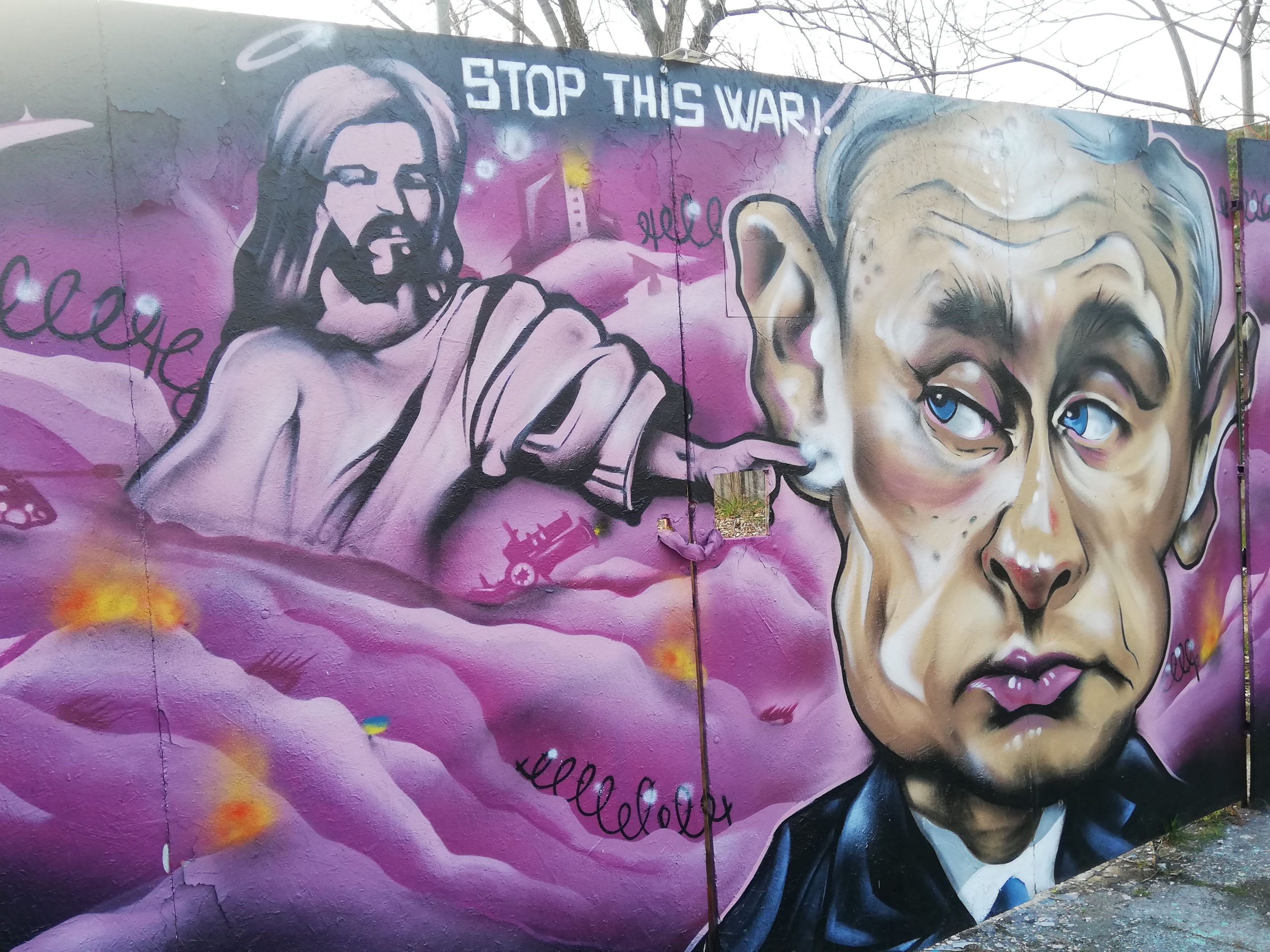 The graffiti art shows Vladimir Putin standing in the middle of a blazing battlefield as Jesus points to him and tells him to end the war.Continue reading