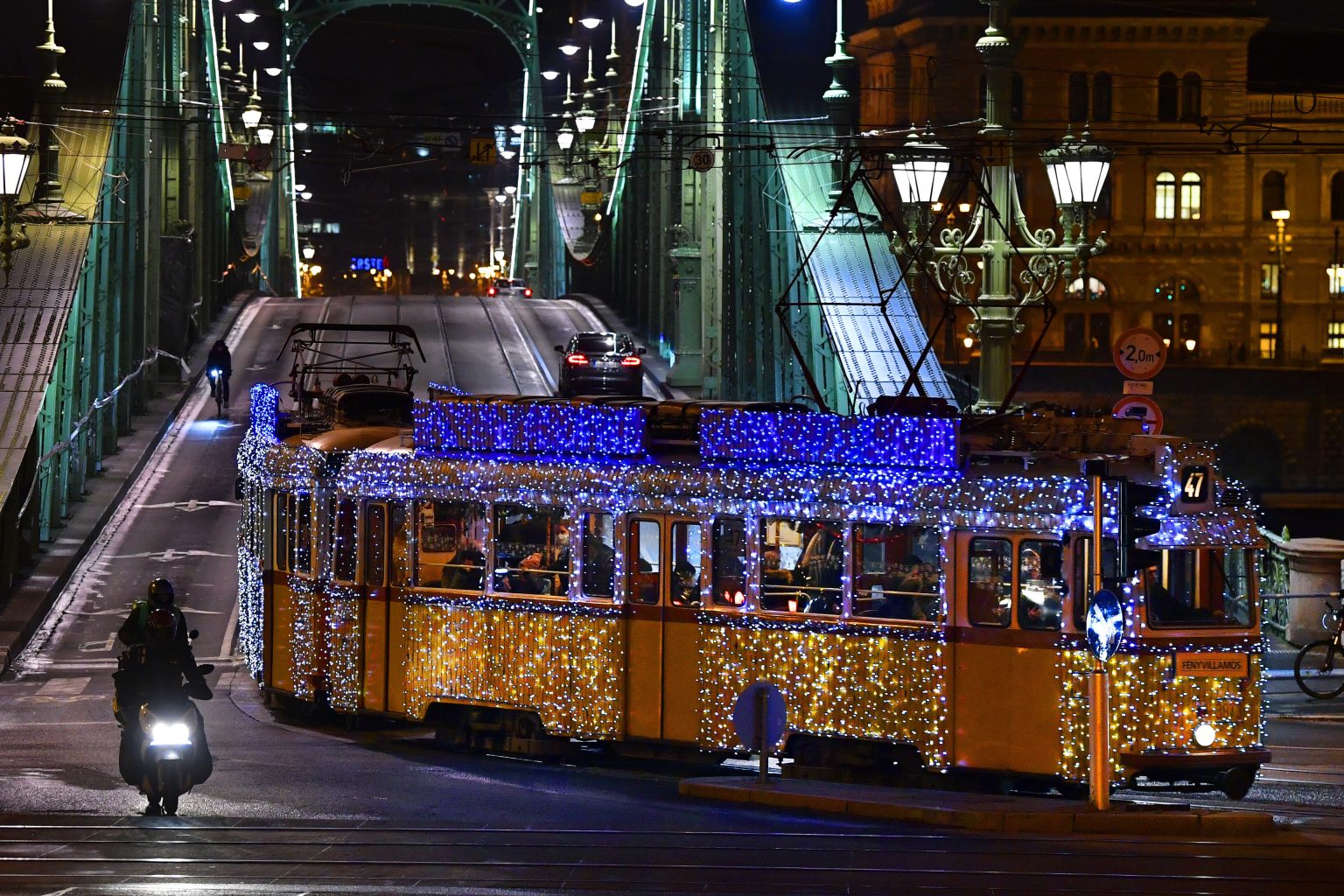 On Wednesday, the “Light Fleet” of the Budapest Public Transport Company (BKK), consisting of six different tramways and a cogwheel train, was launched. The Budapest-Szentendre local railroad is also decorated with festive lights.

“The Christmas lights of Budapest have included lights on trams for 13 years now. This year, even more Budapest citizens will be able to see the vehicles decorated in this way, as they will travel to even more places in the capital than in previous years,” said Gergely Karácsony, mayor of Budapest, at a press event on Wednesday at the Hungária tram station. 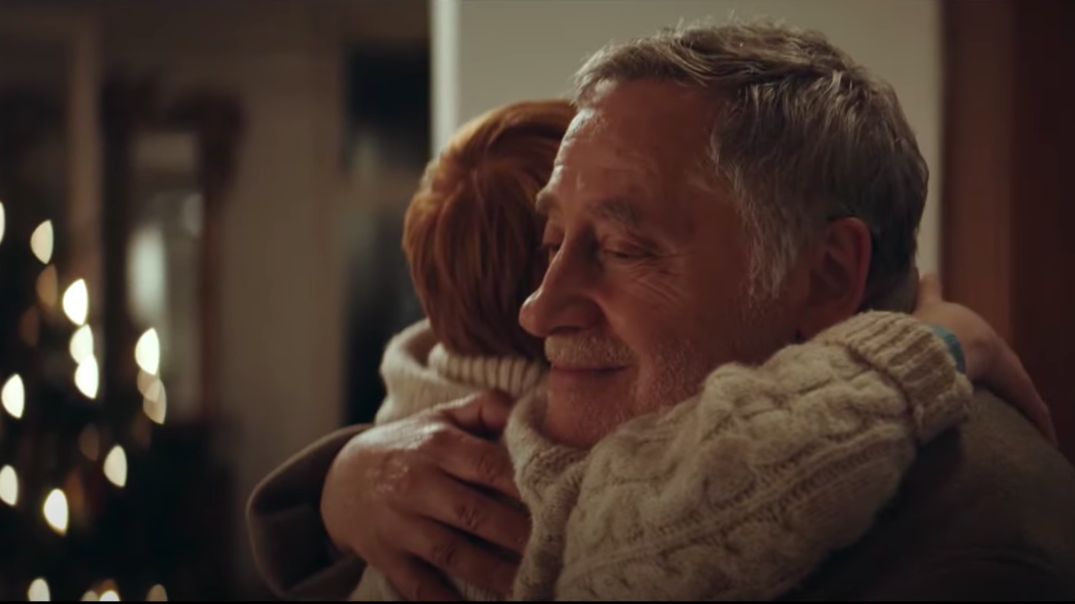 Tibor Bolla, the chairman of the board of BKV Zrt., pointed out that in the first years there was only one decorated streetcar in Budapest, while last year the employees of BKV Zrt. decorated three streetcars with festive lights, and this year they decorated six streetcars and even one cogwheel train. Interestingly, the LED lights on six streetcars are three kilometers long. 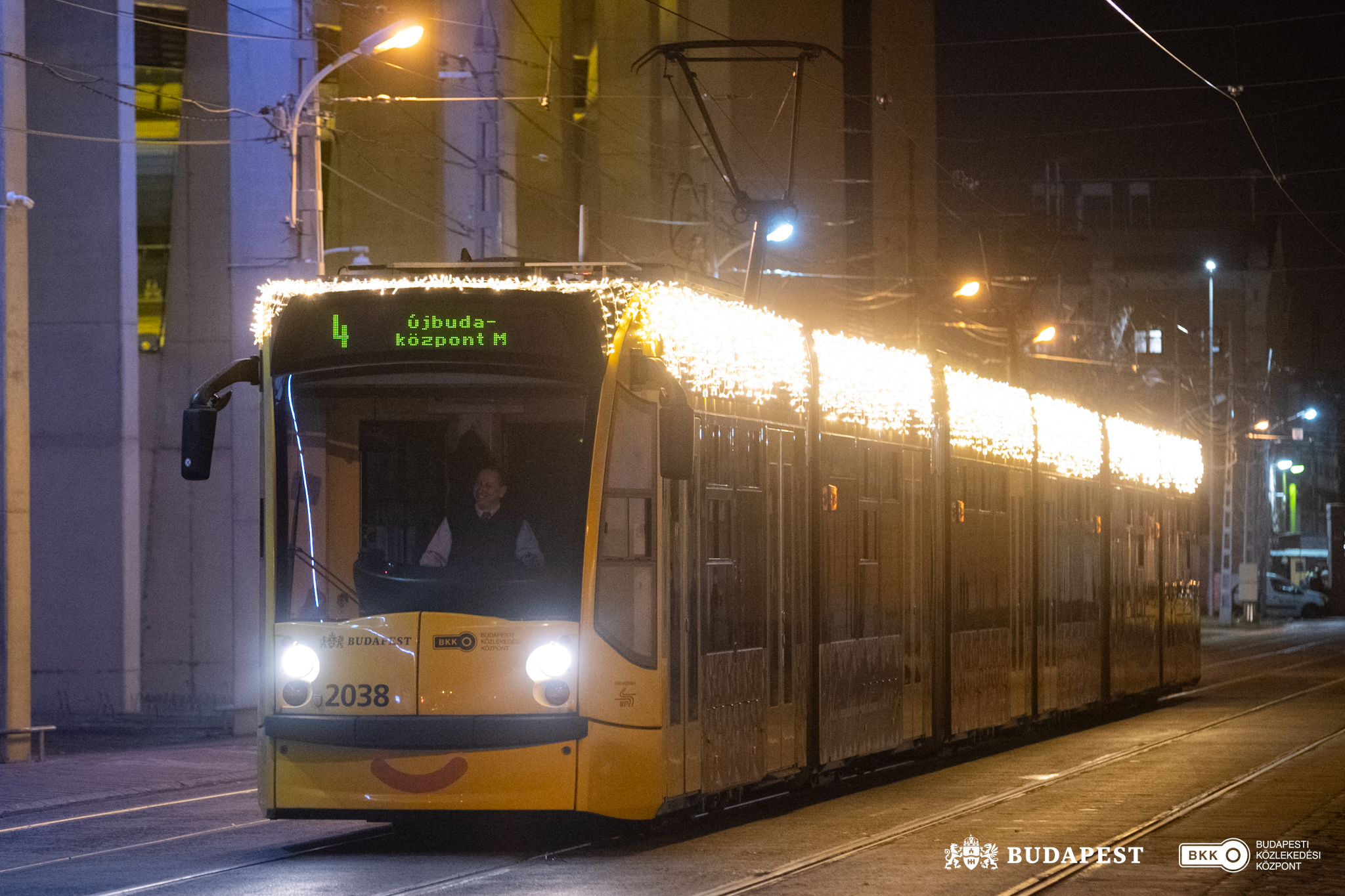 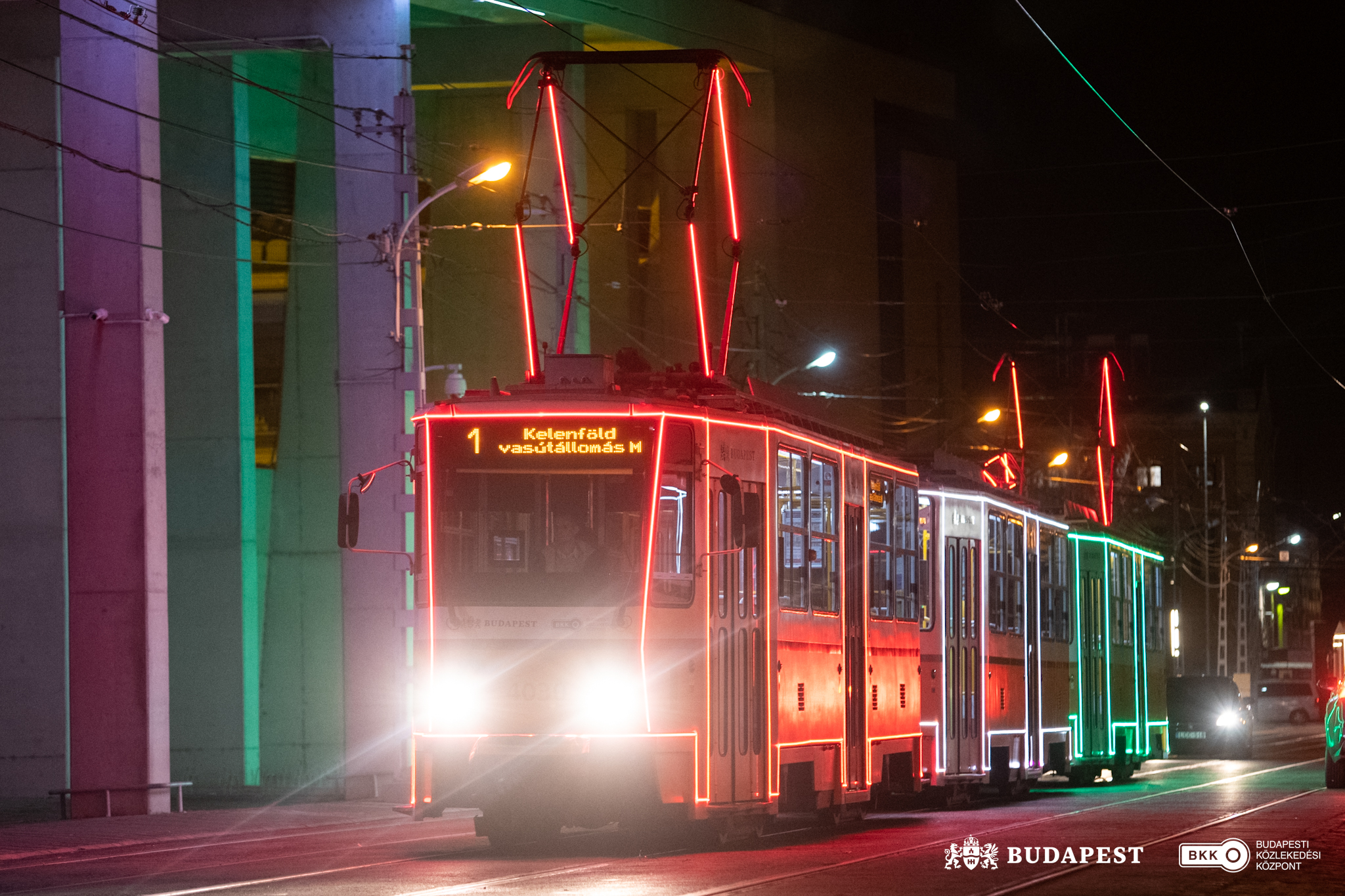 The Hungarian Tramways (MÁV) have also prepared for the Christmas season: namely the Light HÉV, the Budapest-Szentendre local railroad decorated with lights, is running again between December 1 and 5. This year the train consists of an LVII locomotive, a PXV wagon, and an MVIII railcar. The illuminated trains will run on the H5 line in the afternoon with the normal fare. It is necessary to register at the email address kulonhev@mav-hev.hu, indicating the time of the trip, the number of passengers, and the place of boarding and alighting.