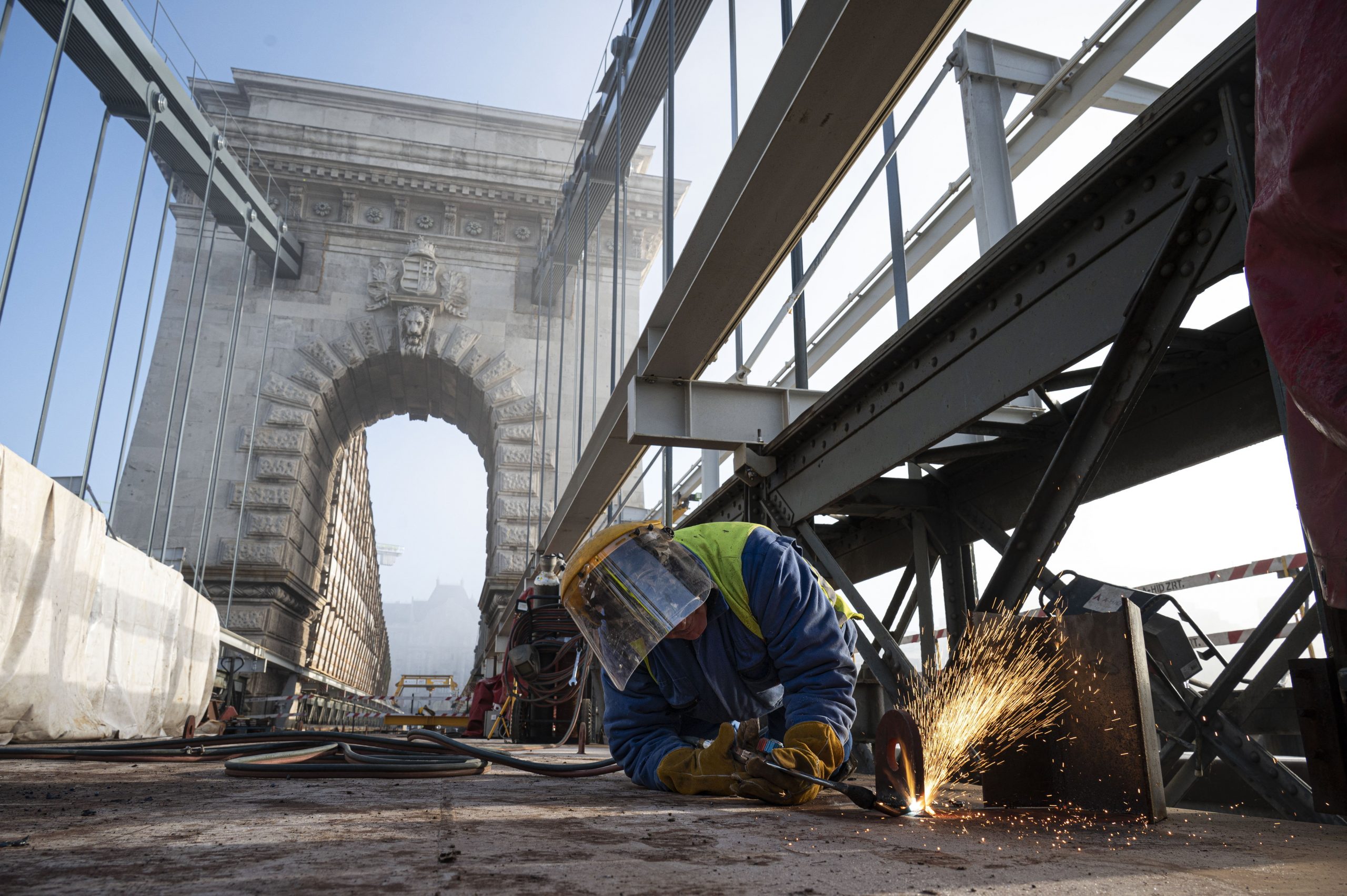 The renovation of the Budapest Chain Bridge has reached a new milestone: namely, on Tuesday the last steel plate of the road surface was installed. Drivers are expected to be able to use the bridge again in a year.

The renovation of the oldest bridge in the capital began in March 2021, when traffic was closed to pedestrians. Cars have not been able to use the Chain Bridge since June. Work is progressing at the originally planned speed, so car traffic is expected to be allowed again in a year. 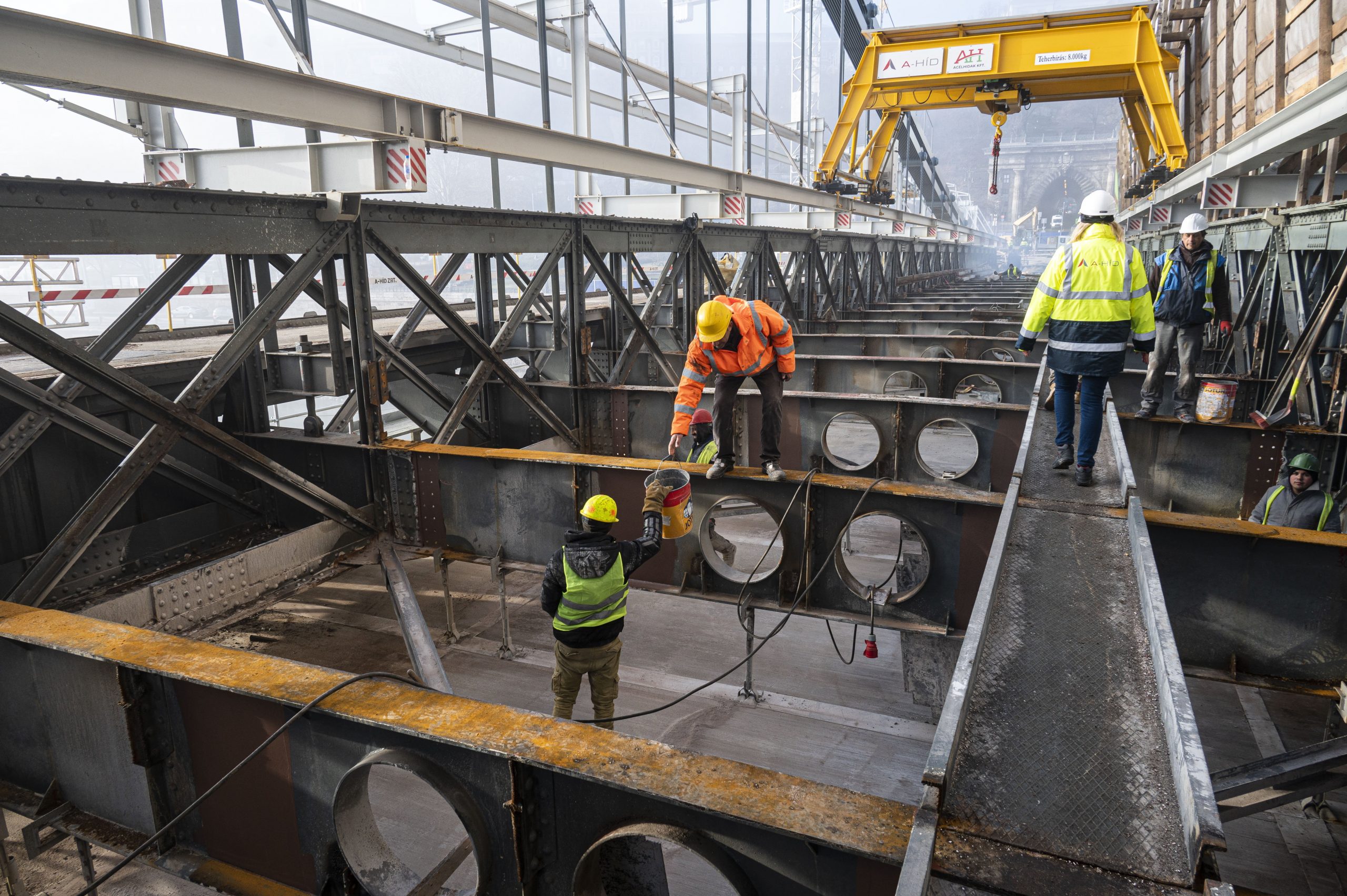 The Chain Bridge, under renovation, where the last new steel track girder in the embankment arch was put in place on 14 December 2021. Photo by Zsolt Szigetváry/MTI 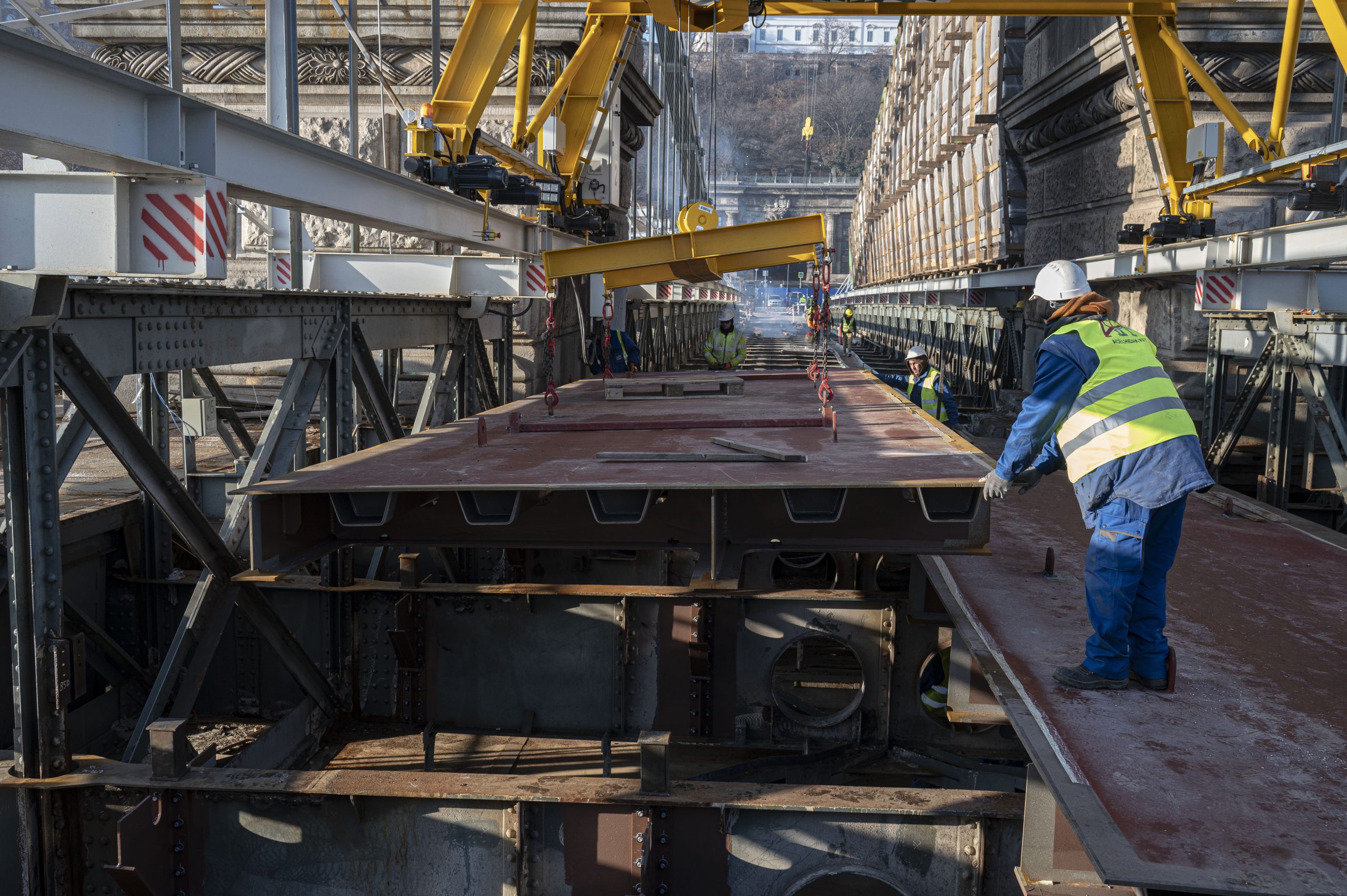 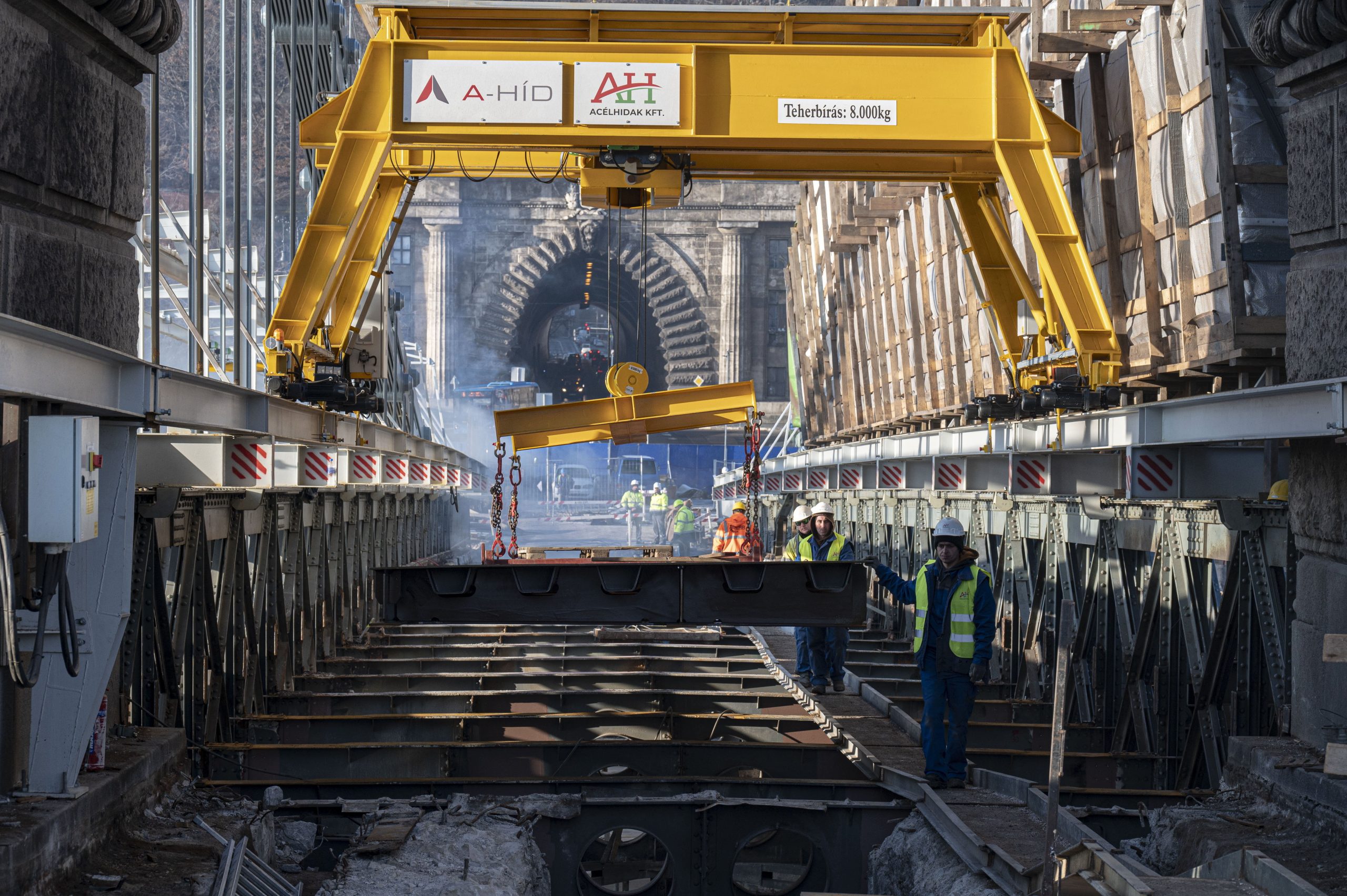 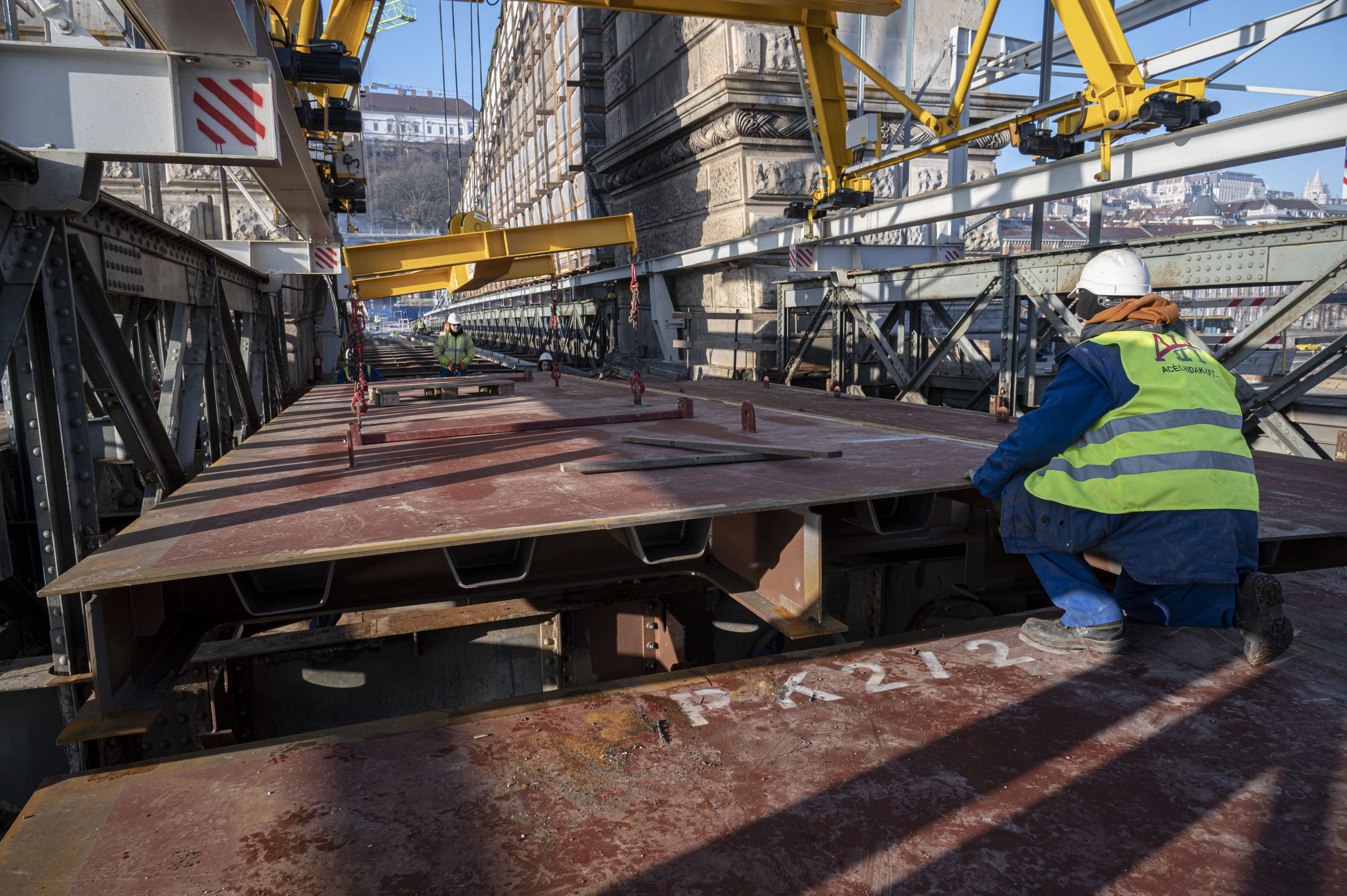 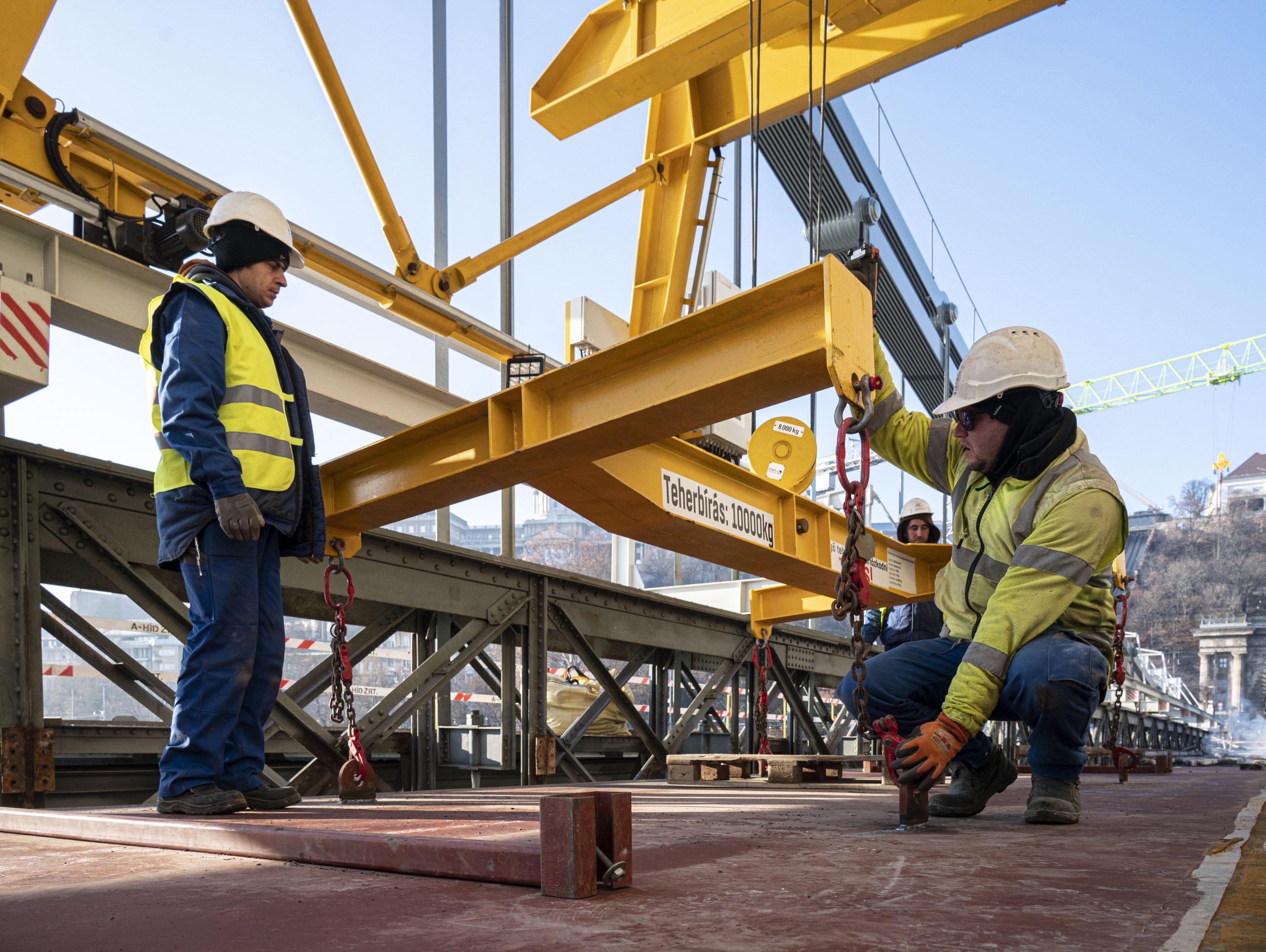 The stone and iron conservators are also already busy renovating the lion statues, candelabra, and railings. 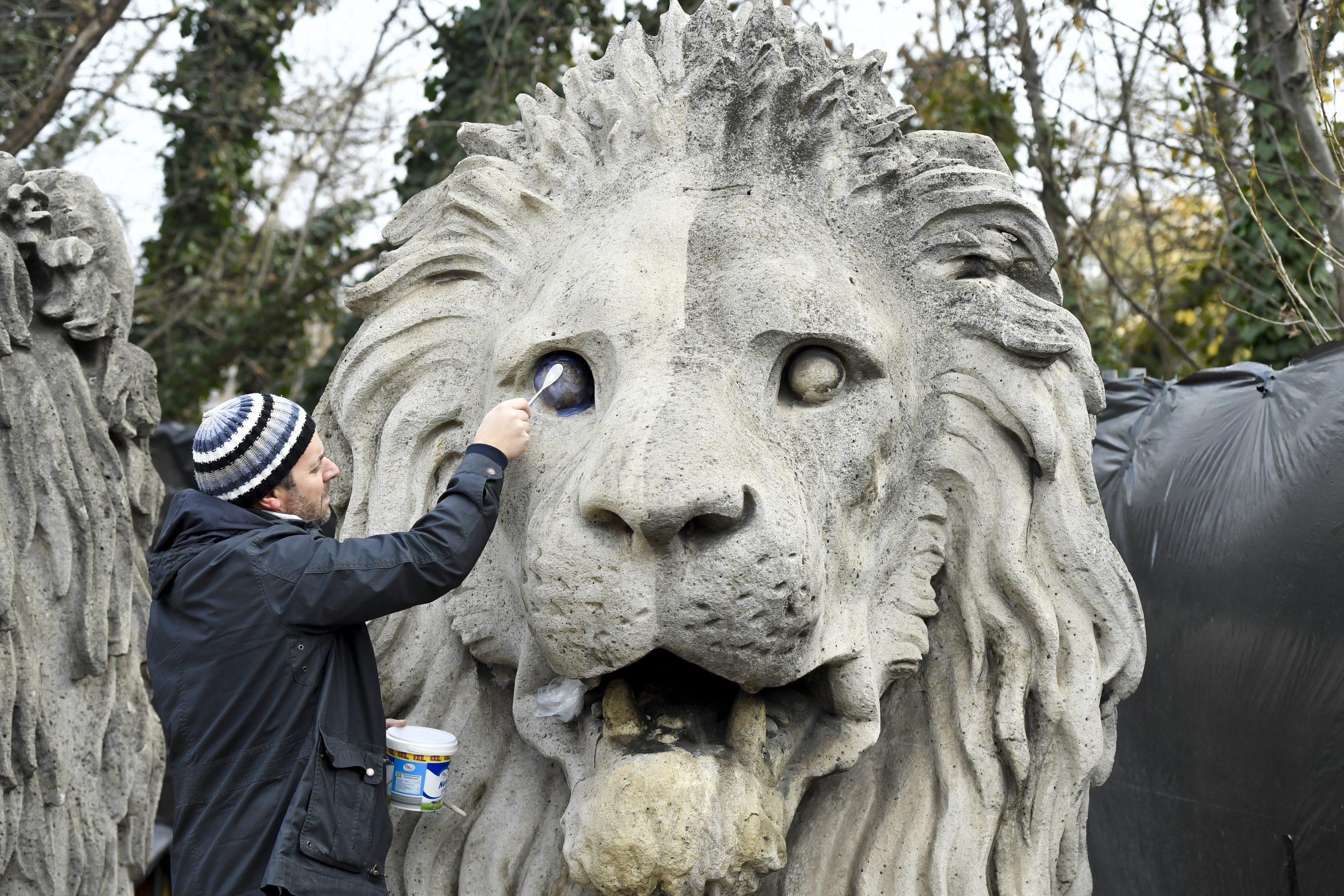 Not all traces of time are removed from the surface of the sculptures, for example, by retaining small dimples that have naturally formed on the limestone surface.Continue reading