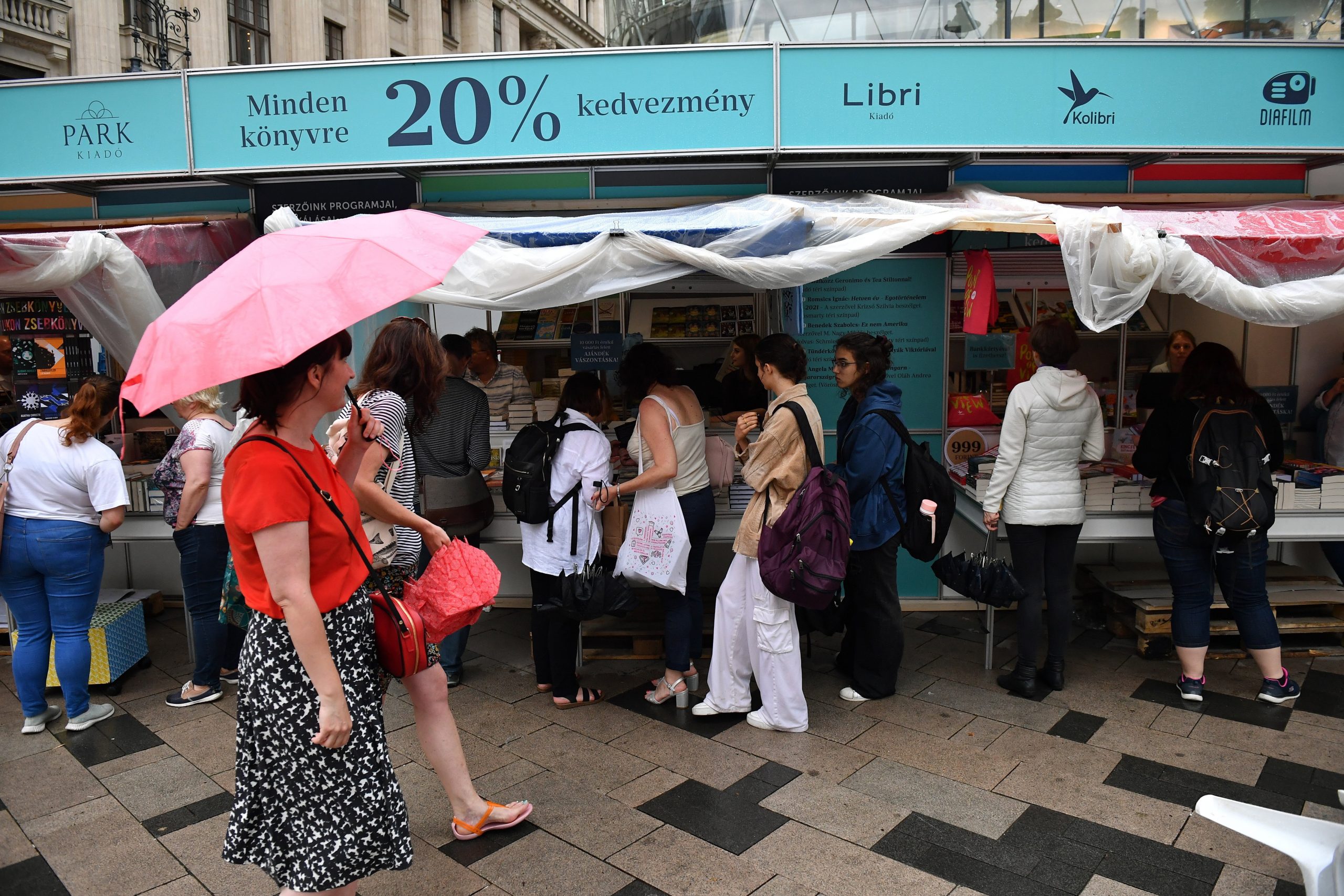 One hundred and seventy-six pavilions with books from one hundred and eighty-two publishers opened the 93rd Festive Book Week on Thursday at Vörösmarty Square, which awaits visitors in the capital on the Danube embankment and in several cities until Sunday.

Book Week 2022 kicked off to a stormy start. From Vörösmarty Square, the fear of drizzle drove people to the Atrium of the Gerberaud Café, which with its glass roof, protected the crowd from the rain.

Due to the rainy weather, Gergely Karácsony, the mayor of the capital, welcomed visitors there. In his speech, he stressed the importance of reading and emphasized that this event is a way to raise interest in books, empathy, and intelligence.

Kossuth Prize-winning author Péter Nádas said that he has no oratorical skills, so he opened the festival in Café Gerbeaud by reading a story. 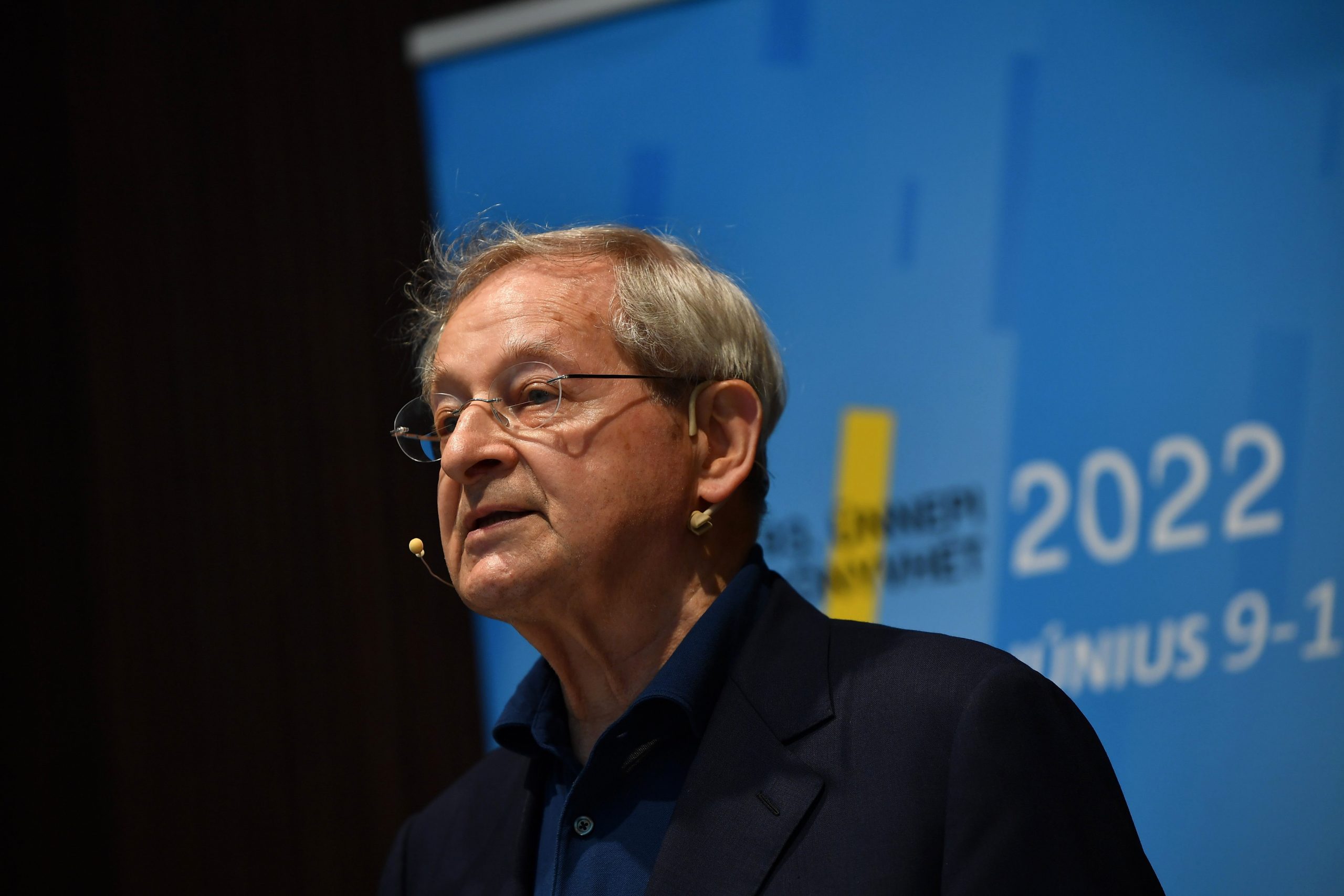 Péter Nádas at the opening of the 93rd Book Week on June 9, 2022. Photo by Márton Mónus/MTI

The idea for Book Week was put forward by Géza Supka, a journalist and art historian, in 1927. He proposed a motion to the Hungarian Publishers and Booksellers National Association to promote Hungarian books and literature. Two years later, the idea took shape, and on May 12, 1929, the first Hungarian Book Week was inaugurated in the Hall of the Academy by Kunó Klebelsberg, Minister of Religion and Public Education.

During the four days of the 93rd Book Week, there will be more than sixty book launches, around a thousand book signings, concerts, and other events. There will also be a playhouse with special programs and storybooks for children who have fled Ukraine.