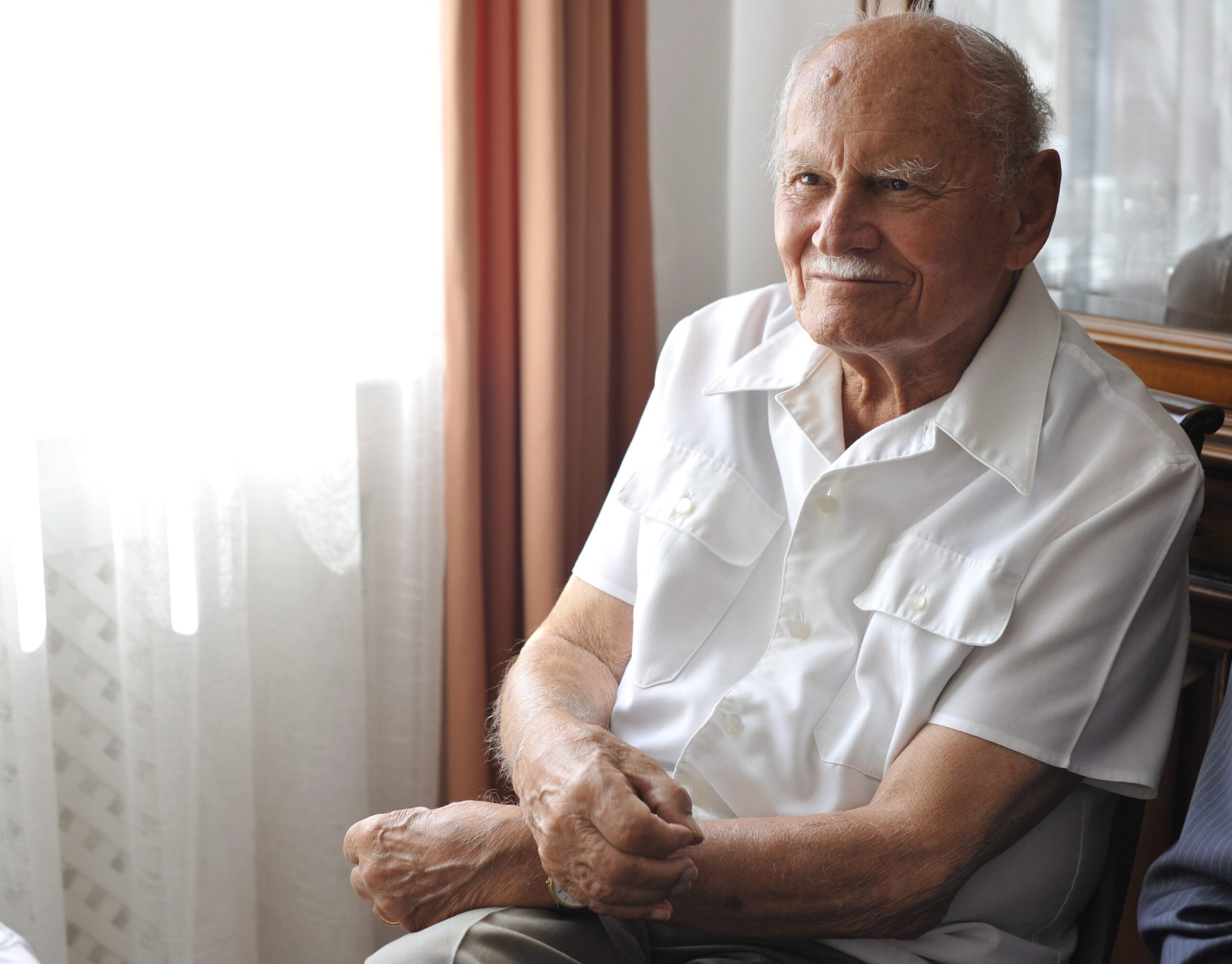 Árpád Göncz, the first democratically-elected head of state after the regime change, was born 100 years ago today. Göncz was involved in politics from the Second World War, had been imprisoned for years after the 1956 Revolution, and eventually became Hungary’s number one public dignitary for an eventful decade. He was the most popular political figure during his time despite controversies, and gained international recognition too.

Resistance in WW2, life imprisonment in 1956

Göncz, born and raised in Budapest, worked for a banking organization and studied law during WW2. After graduating, he was enlisted in the army in February 1944, but deserted after the German occupation of Hungary and made contact with the resistance, involved in the illegal anti-German Táncsics brigade of Hungarian students.

He began his political career back in 1945, when he joined the Independent Smallholders’ Party (FKgP), and was an important member of the side until the communist takeover, after which he worked in factories as a welder and tube-fitter.

He returned to politics in 1956, taking an active part in the debates of a discussion club called the Petőfi Circle. He also joined the Peasant party and worked for the Hungarian Peasant Alliance.

On October 23, 1956, he was present at the peaceful mass demonstration, on October 29, 1956, he assumed a political role in the events and participated in a meeting at Prime Minister Imre Nagy’s house (in an interview later, he said he had sympathized with Nagy’s political vision).

After the Soviet intervention on November 4, 1956, the Revolutionary Council of Hungarian Intellectuals  (writers, journalists etc.) issued statements of protest against the Soviet army’s invasion and appealed for help and mediation from the western world, and Göncz participated in the writing of several memorandums.

One of the most influential writings was the Draft Proposal for a Compromise Solution to the Hungarian Question by István Bibó (famed political theorist), who also served as Minister of State in Imre Nagy’s second and third government. Göncz took part in the debates on the proposal, which he later forwarded to the Indian Embassy. India’s mediation attempt, however, ended in failure due to the Soviet Union’s lack of interest).

Göncz also helped to transfer a manuscript by Imre Nagy (“On Communism in Defense of New Course“) abroad through the assistance of László Regéczy-Nagy, (famed revolutionary, then driver to head of the British Legation in Budapest), hoping that it might help rescue Imre Nagy from show trial and execution. The document was eventually translated into several languages for several countries, including Italy, France, and West Germany. Before his arrest, Göncz was also campaigning for the Hungarian Aid movement and organized to donate the emigrant Hungarians’ support for families in need of help.

For his involvement, he was arrested in May 1957, together with aforementioned Bibó and Regéczy-Nagy. Later on, he reportedly only narrowly escaped execution. Eventually, he was a given a life imprisonment sentence. Later, he believed he could only avoid capital punishment thanks to Nehru’s intervention. Under his term in prison, Göncz began learning English and was also translating.

Finally, he was released in July 1963, after Kádár had ordered a mass amnesty in May in exchange for his government’s international recognition by the United Nations.

Later, he recalled the 1956 events as a “turning point” in his life despite the fact that he didn’t participate in the armed resistance.

Starting in the 60s, he had been working as a specialized translator, translating over a hundred English language literary works. He translated some of the works of the likes of Thomas Wolfe, William Faulkner, John Updike, William Golding, Ernest Hemingway, and William Styron. His most famous translation work is perhaps still J. R. R. Tolkien’s The Lord of the Rings trilogy. Besides his translation work, he also authored several books and plays.

The most popular leader in the 90s

His re-entry into politics took place in 1988 as a co-founder of the Committee of Historical Justice (led by the daughter of Imre Nagy), which intended to revise the official communist stigmatization of the 1956 revolution. He also co-founded the liberal Alliance of Free Democrats (SZDSZ), an likewise to fellow dissident Vaclav Havel in the Czech Republic, he became his country’s first democratically-elected president (as a consequence, he resigned his party membership).

“I am not, I cannot be a servant of parties, party interests. In my whole life, within and outside the party, I served and I will serve for national independence, freedom of thought, freedom of faith in the idea of free homeland, and social justice with human rights without discrimination and exclusion,“

he said, adding that “I would like to serve the unprotected, the defenseless people, those who lacked the means to protect themselves both in the “feudal crane-feather world” [referring to controversial governor Miklós Horthy’s Hungary] and in the “world of more equals among equals” [the communist regime].

Reportedly, he played a crucial rule in preventing the taxi blockade (that broke out after the conservative government of József Antall raised petrol prices) from escalation. However, many suspected his former party, SZDSZ, behind the blockade.

He also got into conflict due to debates about the accountability of those involved in the running of the communist regime. For example, he refused to sign a law which determined that communist political crimes were not subject to the statute of limitations, declining the method of retroactive legislation, and fearing that the law will be a tool for political revenge. This generated criticism against him in both conservative and far-right circles.

He was a loud supporter of Hungary’s integration to the West. Somewhat controversially, he signed the so-called Bokros package, an extensive austerity measure of the Socialist-liberal (MSZP-SZDSZ) Horn government.

His terms as president were not free of controversy: as under the post-communist-liberal coalition’s government he was very supportive, during conservative governments (the Antall administration and the first Orbán government) he was much more critical. During the Antall government, he even called for the West’s helps to “save” Hungary.

Göncz completed the five years of his second term on August 4, 2000, to be replaced by Ferenc Mádl, elected by the National Assembly’s right-wing majority. After his retirement, he played no further active role in politics.

During his time as head of state, he was constantly polled as the most popular politician in Hungary. He was granted recognition several times, with several universities having made him an honorary doctor, and an honorary citizen in a number of cities.

In 2000, the US government established an award in his honor, handed out each year to a person who has achieved outstanding performance in championing for democracy and human rights. Upon the occasion of his 90th birthday in 2012, his children set up the Árpád Göncz Foundation to celebrate his life as a writer, literary translator, and politician, as well as promoting the memory of the 1956 revolution, cherishing Hungarian democratic and liberal traditions, and assisting the publication of both his own works and those about him.

Interestingly, his daughter, Kinga Göncz, has also made it to the highest ranks of politics, having served as foreign minister between 2006 and 2009 in Ferenc Gyurcsány’s Social-liberal government.

Göncz died on October 6, 2015. In 2016, the Budapest municipal assembly decided to name a newly-built quarter of the capital’s District XIII after him, that later included the renaming of the Árpád Bridge metro station, too. There is also an increasing number of statues of him around Budapest. 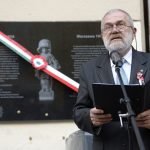