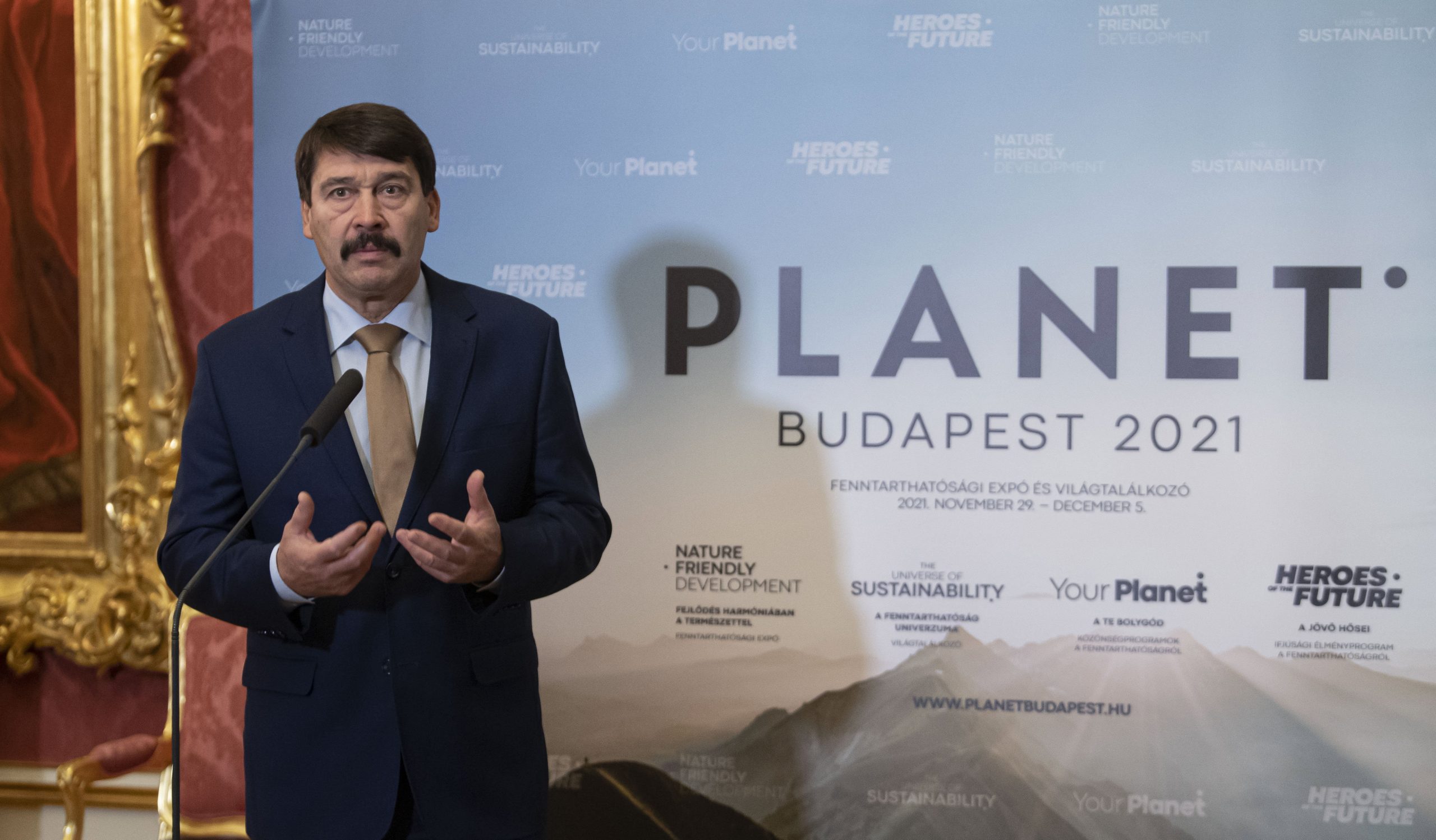 Many of these ideas and initiatives will be presented to visitors during the Planet Budapest 2021 Sustainability Expo and Summit to be held from Nov. 30 to Dec. 5, Áder, who is the chief patron of the event, said.

Three-quarters of the population are likely to live in large cities by 2050, Áder said, with around one million moving to cities each week. Whereas in 1960, there were few cities with more than 5 million residents, currently there are 31 with more than 10 million, he added.

This high level of concentration entails severe burdens when it comes to energy and water consumption, waste management, transport, and pollution, he noted. Not only does this raise sustainability challenges; extreme weather conditions such as flash floods and heat waves are also associated with dense populations.

It has been projected that the same amount of new infrastructure will need to be built by 2050 as the total infrastructure built in the past 2,000 years, he said. Old city districts will have to be revamped in terms of energy efficiency and new green surfaces will be needed to improve air quality and reduce growing heat, he added.

City leaders can play a key role in solving such sustainability problems, he said. Budapest and other big cities in Hungary belong to an international initiative which targets climate neutrality by 2050, the president noted. Some 260 cities, provinces and countries with 1.7 billion residents, representing half of global GDP, are part of it, he said, adding that its success depended on good planning.