He should not be the one offering explanations in the case of Roma Holocaust, but those, who are making the allegations, said Zoltán Balog in response to recent a controversy, reports news agency MTI. The Minister for Human Resoursces clarified his previous comments on the Roma Holocaust in Szeged as opposition parties demand the resignation of Balog.

The original comment, published on hirado.hu and spoken in Rádió Kossuth, wrote “it is important to emphasize, there was no Roma deportation in Hungary, the Hungarian gypsies were brought to Austria.” The minister in response to the outcry commented that he is attacked with misstatements and lies, as he were organizing Roma Holocaust memorials way before he was a minister, a secretary of state or even a politician.

Balog also clarified his previous comments, saying “the organized deportation – direct to concentration camps – that happened to the Jewish population is a great disgrace”, and the Hungarian government played a different part in the Roma Holocaust. The minister added “reading the complete script of the interview clarifies, that I was in a hurry to a Roma Holocaust memorial, where I advocated humility and apology towards the victims, and I will continue to do so, whatever attacks I receive with this controversy.”

Socialists have called for the resignation of Zoltán Balog, but the minister and Fidesz both rejected the claim, saying instead of accusations, the responsibilities of the Gyurcsány-Bajnai governments should be explored in the Roma killings. (MTI) 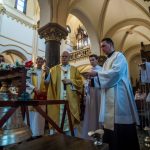 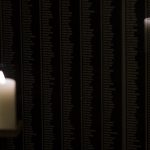