The editorial staff of pro-government news site ‘Pesti Srácok’ organized a protest in front of Google’s Budapest office on Thursday. The demonstration was held because the company had deleted the portal’s YouTube channel without giving any justification for doing so. The portal’s editor-in-chief said he hoped that this demonstration would help achieve the goal of tech giants operating under even stricter rules.

As we have previously reported, the dispute started after the news site created a documentary video aimed to expose a child pornography case and in that video, they used a short piece of formerly acquired child pornography footage as an illustration.

The video was not shared publicly on YouTube and the “problematic” parts were blurred out, but the video-sharing platform immediately deleted their account without any notification, arguing that their terms and conditions clearly state that “YouTube has zero tolerance for content that sexualizes or exploits children.” At that time, the platform didn’t give any warning, because violating their child safety policies are among the most serious cases, therefore, they act immediately. YouTube later banned Pesti Srácok’s second channel as well, because according to them, the portal was trying to bypass the ban.

As it turns out, Pesti Srácok was trying to unveil a crime that the police had already known about, liberal 444.hu reports. The police started investigating the particular case in 2018, the perpetrators had been identified, and the proceedings were being carried out.

Among many others, István Stefka, the managing director of Pesti Srácok, and Gergely Huth, editor-in-chief of the portal, spoke at the protest. However, not only pro-government journalists gave speeches.

András Schiffer, founder and former leader of the opposition green LMP also appeared at the event. Schiffer said he was happy to take part in the demonstration, despite often being bad-mouthed in the comments section of the news portal.

He said if a site’s Youtube channel is deleted without justification, then it’s not the portal’s private matter anymore.

What is outrageous is not that hosting service providers have general terms of use and conditions, he said, but the fact that tech giants such as Google dictate the terms which don’t have any proportionality, user personalization, and no clear legal redress.

“Whoever owns the online public will be the one dominating the political and cultural public. And they cannot be replaced(…) That’s at stake now, so it’s not only the concern of Pesti Srácok,” he said.

In his speech, István Stefka argued that the search giant had already influenced the local government elections in the fall of 2019.

András Bencsik, editor-in-chief of the pro-government weekly ‘Demokrata,’ spoke about cyber-Stalinism, underhanded dictatorship, and he also brought a copy of the Hungarian constitution signed by the speakers to Google Hungary’s country manager.

“Everyone has the right to the presumption of innocence and the right to appeal. But these are not granted here, there’s not even a justification, they only execute you,” he emphasized.

Gergely Huth, editor-in-chief of Pesti Srácok was the last speaker. “If we do not curb Google and Facebook now, they will be the ones deciding the 2022 election,” he said. 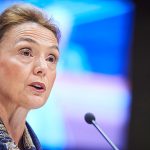 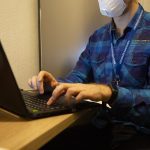