Yair Netanyahu: Soros’ Organizations Destroying Israel from the Inside 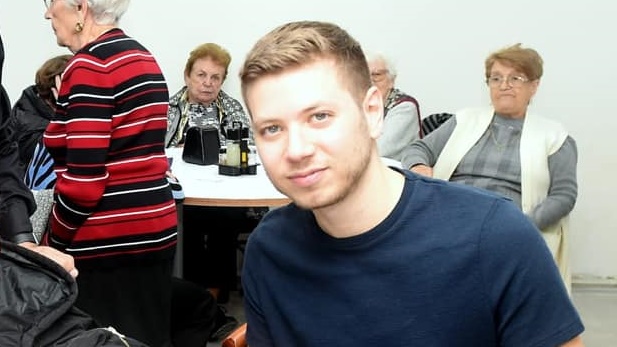 Businessman George Soros “is destroying Israel from the inside”, his organizations “are working day and night with an unlimited budget to rob the country of its Jewish identity”, conservative commentator, adviser Yair Netanyahu said on Tuesday in Budapest.

According to the report from Hungarian news wire MTI, Israeli Prime Minister Benjamin Netanyahu’s son came to the Hungarian capital at the invitation of pro-government think tank, 21st Century Institute (XXI. Század Intézet), where he gave a lecture titled ‘Israel and the elections.’ (As we have previously reported, the Mária Schmidt-led institute is the one which almost the entire staff left a few months ago.)

Yair Netanyahu claimed the EU was funding hundreds of “radical Soros organizations” in Israel with a vast amount of money. Their common goal is to end the Jewish state in its current form, he added.

He suggested that Hungary was right to support Israel because of their common historical roots. Also, as a Christian, this is the right thing to do, for Israel is the only defender of Christianity in the Middle East, said Yair Netanyahu.

Hungary can help Israel by putting pressure on the EU by not supporting Israeli radical NGOs and companies with millions of euros. They are anti-Zionist, anti-Semitic, anti-Christian, anarchist, and Palestinian supporters, some of whom are even launching uprisings and barricading freeways, he listed. Some organizations aim to eliminate Israel’s Jewish identity, while others seek to flood the country with illegal immigrants, he said.

These organizations receive legal and other services from Soros and the EU and are therefore extremely strong. Although they represent only 5% of the population, they cause terrible damage to Israeli democracy, emphasized Yair Netanyahu.

Orbán’s Former Adviser Makes ‘The Case for Populism’ in NYT

He said that if the EU insists on spending millions of euros outside its territory, Hungary should insist that it does not interfere in the internal affairs of a “friendly democracy,” but should use the money, for example, to help African people suffering from hunger.

At the round table discussion following the lecture, Yair Netanyahu said that their number one enemy was Iran, which is determined to wipe out Israel from the face of the earth.

Mária Schmidt, Director general of the House of Terror Museum, said in her welcome speech that what happened in the Middle East had a direct impact on Europe, and Hungary in particular. However, news about the region often remains fragmented, not bringing us closer to understanding why there is “no ray of hope” in the Middle East, she added.