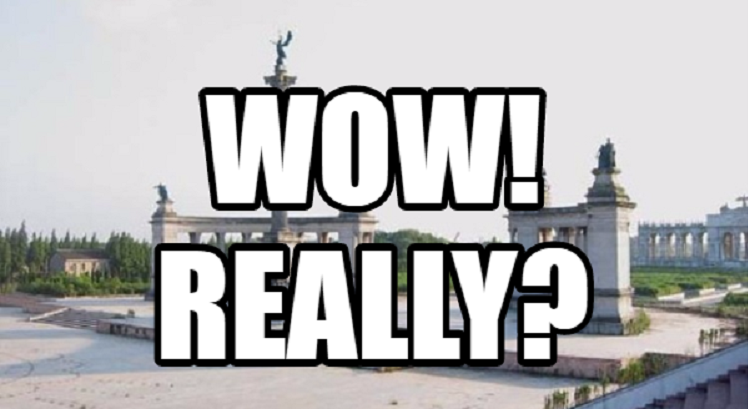 In our newest (semi)regular segment, Wow! Really?, we examine little-known or unexpected facts about Hungary and Hungarian culture.

Located just over 20 kilometers from downtown Shanghai, the Global Paradise Theme Park cost $60 million to build. Within its grounds one can find dozens of World Wonders, all in one park. For those Chinese citizens who lack the resources to travel the world, the park offered up a far cheaper alternative. For the price of admission visitors could visit the Great Pyramids, the Acropolis of Athens, the Brandenburg Gate, and of course Budapest’s Heroes’ Square. According to the Wall Street Journal, there was even “painted-on waterfalls at the imitation Niagara Falls.” Despite these wonders, business has apparently been slow, as based on numerous photos the park’s monuments appear to be in a state of serious disrepair. 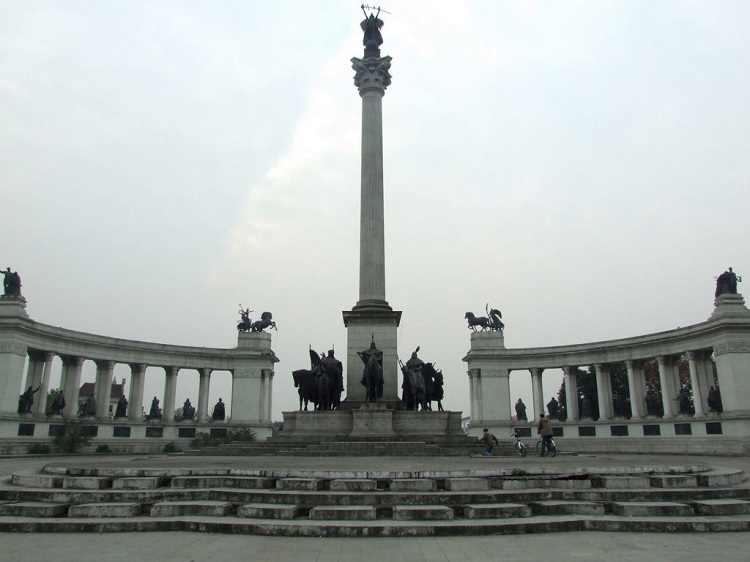 The Chinese ‘copy’ of Heroes’ Square

Interestingly, Shanghai’s ‘Heroes’ Square’ was built without any consultation with Hungarian governmental or Budapest municipal authorities; where the planners got the plans needed to erect the monument remains a mystery.

Here’s the Shanghai Heroes’ Square in its heyday, in 1996:

But Heroes’ Square is far from the only European monument to receive the distinction of being replicated in China. Located in the Southern-Chinese city of Shenzhen, the Window of the World Theme Park includes replicas Versailles, the Acropolis of Athens, the Colosseum, the Leaning Tower of Pisa, Buckingham Palace, and many other key landmarks of European architecture. Nor does the park limit itself to Europe: the Taj Mahal, the Great Pyramid of Giza, Mount Rushmore, Angkor Wat, and numerous other wonders of the world can all be found in one convenient place. The star of the show, however, is a 1/3 scale copy of the Eiffel Tower, which at 108 meters tall towers over its fellow copy-cat monuments; it differs from its Parisian sibling in that it is now covered in rust.

Window of the World is featured in a rather surreal music video for a song by English DJ Jamie xx, which you can view below:

Via Szeretlek Magyarország, Wikipedia, The Wall Street Journal, and hvg.hu