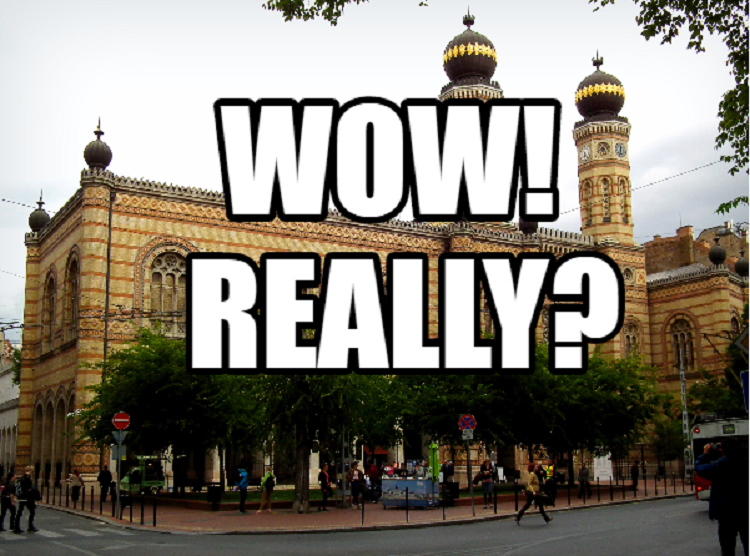 In our newest weekly segment, Wow! Really?, we examine little-known or unexpected facts about Hungary.

Do you know where the world’s three largest synagogues are located? If you guessed Jerusalem and New York…. well, you’d be right. But did you know that the third largest in the world is located right here in Budapest?

The Dohány Street Synagogue, also known as the Great Synagogue, is the largest in Europe. Completed in 1859, up to 3,000 people can be seated within this Neolog Synagogue built in a Moorish Revival style. It is also the third-largest in the world, after the Belz Great Synagogue in Jerusalem and the Temple Emanu-el in New York City.

The synagogue’s neolog Jewish community embraces a less traditional form of Judaism, one which allows women to be seated in the same room as men, and which allows for the use of organ music during the ceremony. In fact, world-famous Hungarian composer Franz Liszt played a concert on the original organ. And in the years since its renovation, famed Hungarian organist Xaver Varnus hsa performed multiple times on the Synagogue’s organ. In addition, the interior of the Great Synagogue eschews the austerity found among some more traditional Jewish sects in favor of extensive decoration and embellishment that is in many ways reminiscent of Roman Catholic architecture.

The synagogue survived the horrors of the Second World War largely intact. Damaged in a bombing by the Hungarian fascist Arrow Cross Party in 1939, the building was extensively renovated in the 1990s through the contributions of many private donors, including most prominently world-famous cosmetics queen Estée Lauder, whose family was of Hungarian-Jewish origin. The Great Synagogue remains the heart of the Budapest Jewish community to the very day. 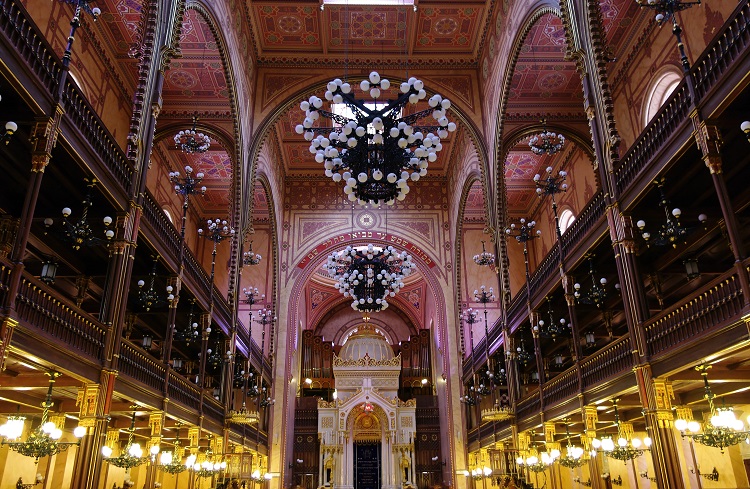 The interior of the Great Synagogue

The complex surrounding the synagogue is home to many important buildings as well; The Heroes’ Temple, located next to the Synagogue, can seat up to 250 people, and is used for services during the winter time. Built in 1931, this temple is dedicated to the memory of the 10,000 Hungarian Jewish soldiers who died during the First World War. Nearby, in a building attached to the Synagogue itself, one can find the Hungarian Jewish Museum. This museum, which chronicles the life of Judaism in Hungary, stands on the site of a home once inhabited by Theodore Herzl, the Hungarian-born father of Zionism. 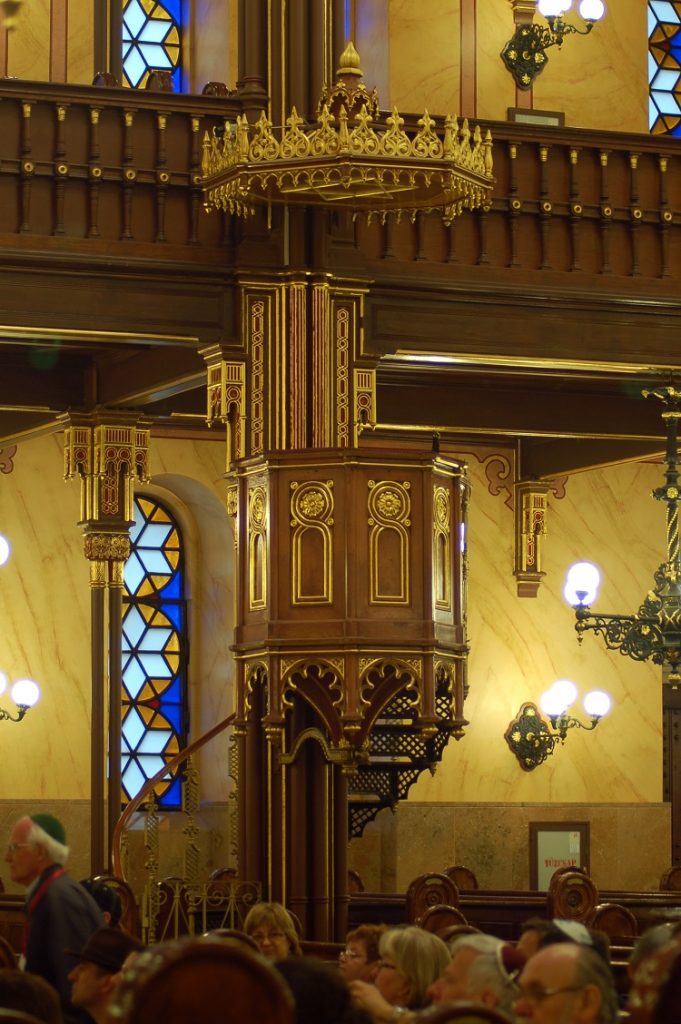 The Synagogue’s pulpit; note the similarities to pulpits found in Catholic churches.

Next to the synagogue one can also find a Jewish cemetery; while in Jewish tradition cemeteries are not usually located next to synagogues, this particular one came about as a result of the tragic events of World War Two. While this grassy spot behind the Synagogue was originally intended to be the site of a pool, the creation of the Budapest Ghetto in November of 1944 led to thousands of deaths from disease, cold, starvation, and outright murder. As a result, with thousands lying unburied by the time the ghetto was liberated in January of 1945, the land behind the Synagogue became the final resting place for over 2000 people, and Dohány Street Great Synagogue became, and remains, the only synagogue in the world with a cemetery attached. 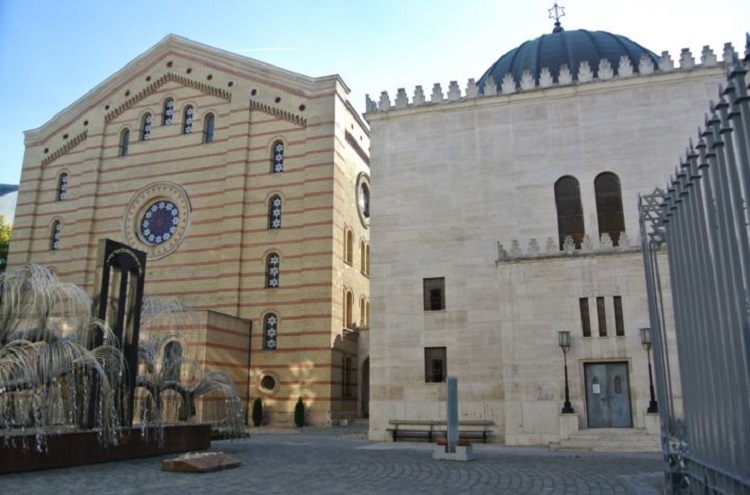 The rear courtyard of the Synagogue; the Heroes’ Temple is on the right, the rear of the synagogue is on the left, while the Holocaust Memorial is in the foreground.

And in the rear courtyard, one can find a memorial to victims of the Holocaust, as well as the Raoul Wallenberg Memory Park. This park is named after the Swedish diplomat who saved tens of thousands of Jews in Budapest during the war (read our article on Wallenberg here). In addition to Wallenberg, the park also commemorates those who worked to protect Jews during the Second World War, including Carl Lutz, Giorgio Perlasca, Angelo Rotta, and Per Anger. The Holocaust Memorial itself, designed by Hungarian sculptor Imre Varga, takes the form of a weeping willow, inscribed with the names of Holocaust victims.

You can view historical pictures of the Synagogue here.

Images via dohany-zsinagoga.hu and wikimedia commons 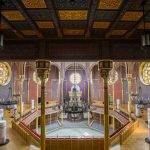