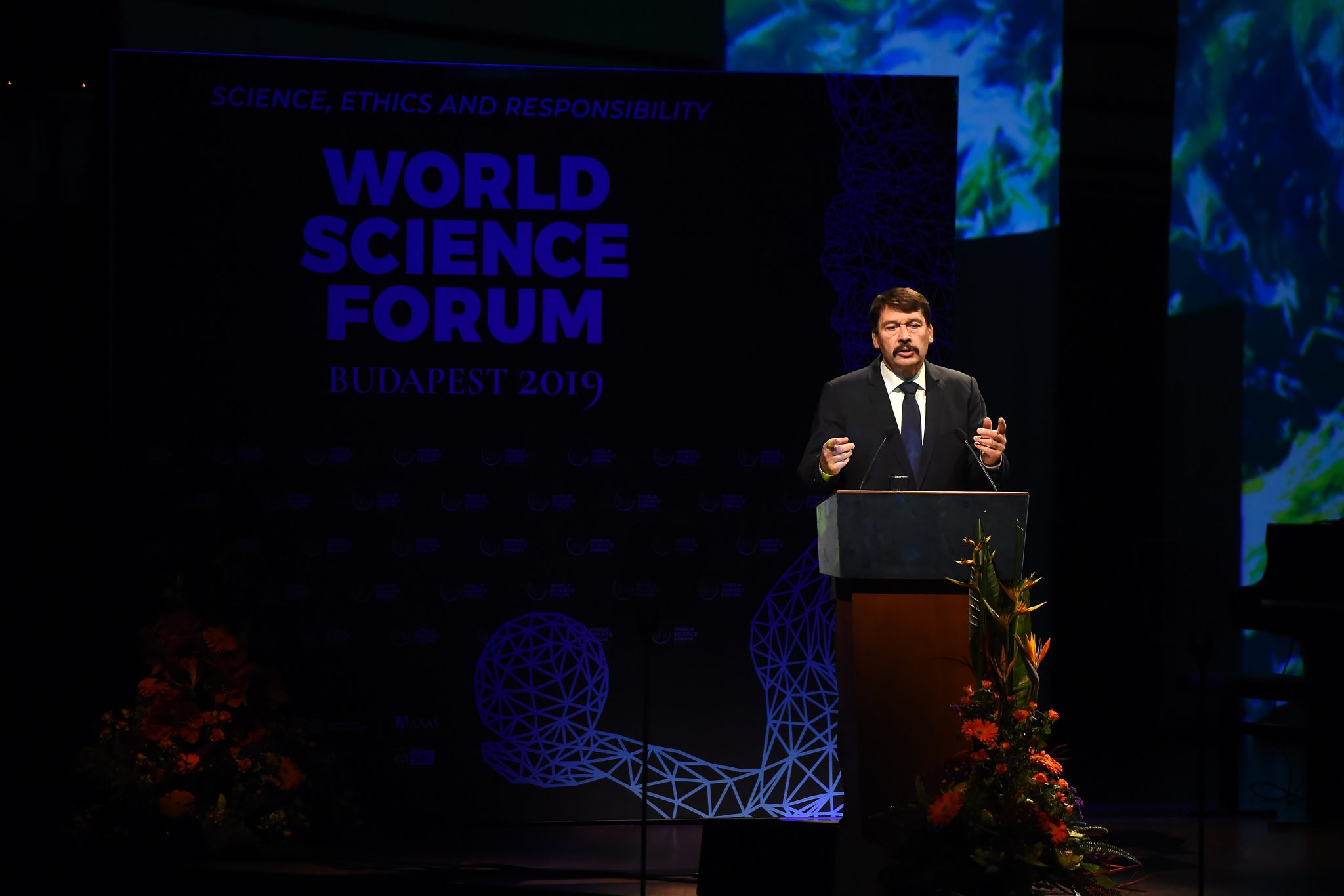 Science is a “shared edifice” on which the researchers of vastly different nations work to understand the same truths, President János Áder said at the opening of the World Science Forum in Budapest on Wednesday.

“The various nations are not working in different scientific fields; they are all working on building the same structure,” Áder said, quoting world-renowned Hungarian physicist Loránd Eötvös. “The end result belongs to all those who contributed to its creation,” he added.

The president said what was true during Eötvös’ time was even more so today.

Topics on the conference’s agenda include ethical problems faced by researchers, the responsible and ethical use of scientific knowledge, science diplomacy, water science, sustainability and more.

The forum will consist of six plenary sessions and some 30 panel sections. It will also feature several fringe and cultural events.

In the featured photo: President Áder speaking at the World Science Forum in Budapest. Photo by Tibor Illyés/MTI