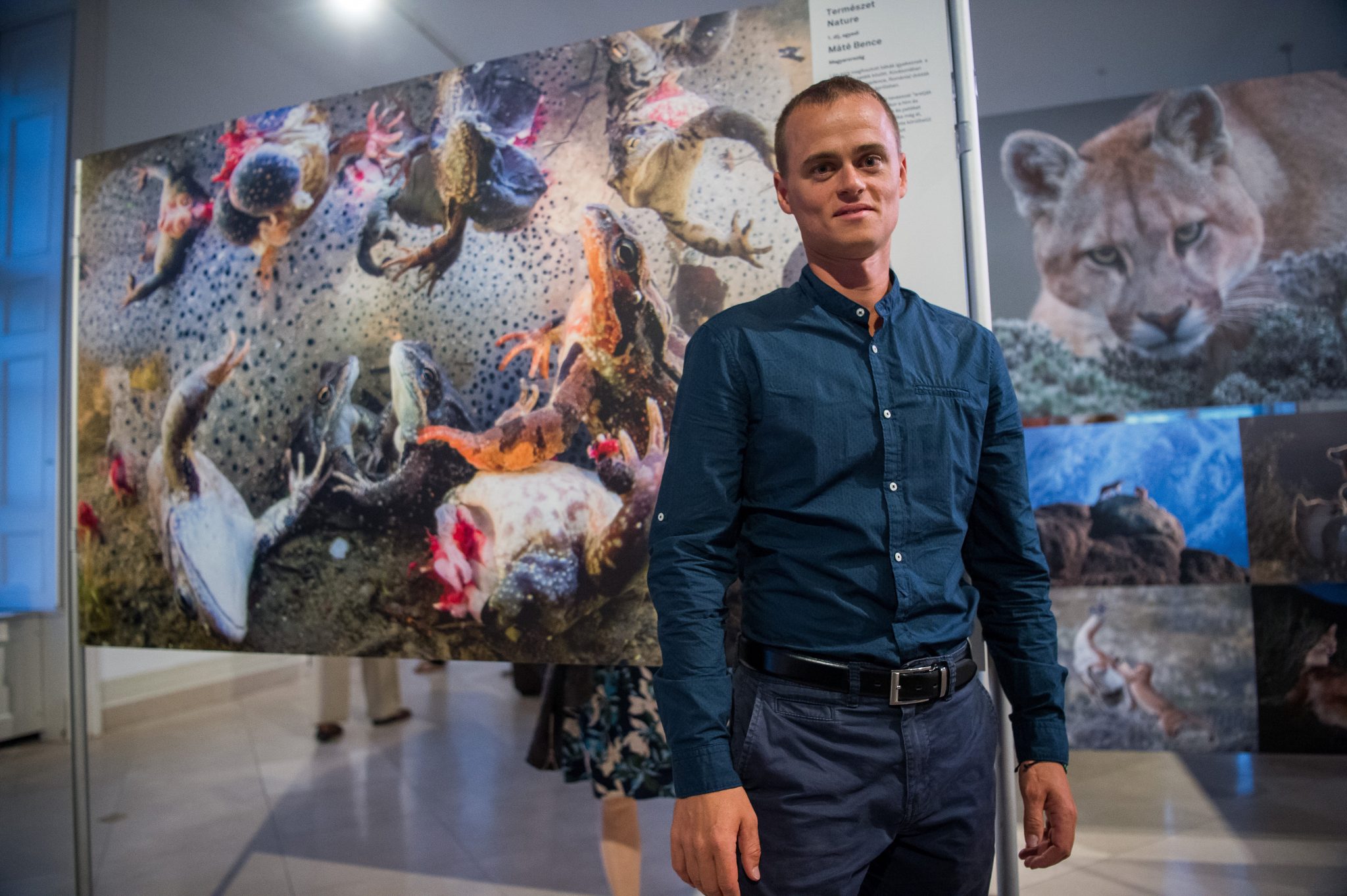 The exhibition shows the best 143 photos chronicling all major events in the world last year and the winners of the international contest’s eight categories, the Hungarian event’s organiser told a press conference on Wednesday.

The main focus of this year’s competition is migration and women issues, but despite the themes the images are less “dramatic” than what visitors would expect, Tamás Révész said.

Bence Máté‘s photo won first prize in Nature category. It shows frogs struggling to the surface, surrounded by frogspawn, after their legs have been severed for culinary purposes and they were thrown back into the water. The photo was made in Covasna, central Romania, last April.

Sophie Boshouwers, curator of the World Press Photo Foundation, told the press conference that the exhibition tours more than 100 cities each year. It generally attracts the second largest number of visitors in Budapest after Amsterdam.

The exhibition in the Hungarian National Museum was opened by Dutch Ambassador Rene van Hell and will run until October 23.

In the featured photo: Bence Máté and his award-winning photography “Survival Instinct”. Photo by Zoltán Balogh/MTI