The World Through The Lens Of The Press: Opening Ceremony Of The 34th Hungarian Press Photo Exhibition

On the 24th of March was held the opening ceremony and the handing out of the awards of the 34th Hungarian Press Photo Exhibition in the Robert Capa Contemporary Photography Center of Budapest. The annually held exhibition has been started in 1982 in the E-club of the University of Technology and Economics, but for today it has became the most important press photo exhibition of Hungary. The exhibition has an impressive international acknowledgment also, it shows well in the members of the jury we can find Jocelyn Bain Hogg, Szergej Makszimisin and Petr Josek with Klára Szarka and Gyula Soproni. 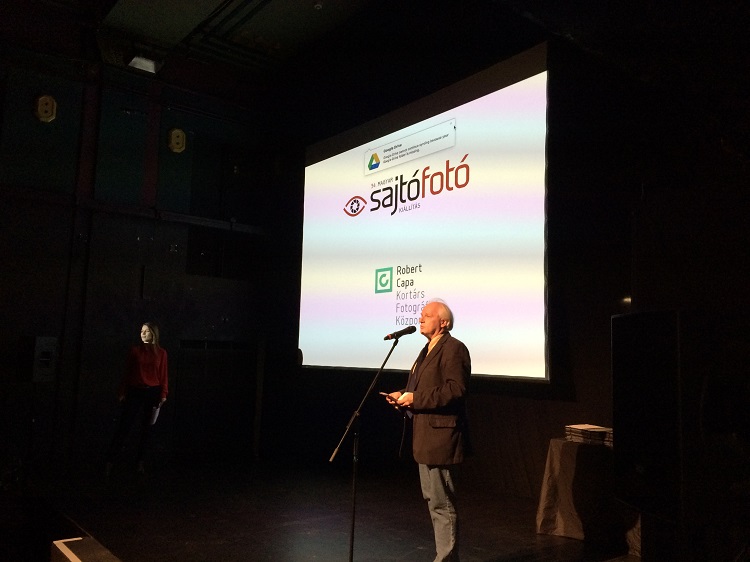 Within the opening ceremony the best press photographers of the year were prized. From 7029 pictures the best 42 photos and photographers were awarded within 14 categories. This year according to the international situation the National Federation of Hungarian Journalists opened a new category, called: Migrants crisis. Five of the photographers got special awards too. The main categories are News, Photostory, Sport, Portrait of Humans, Photos of Art and Works of Art, Nature and Science, Society and Migrant Crisis.

Including but limited to all of the winner pictures we get here for you some of them from the tonight’s ceremony. If you would like to regard others of the awarded ones and the list of the prized photographers click HERE or don’t hesitate to visit the Capa Center. It will open the gates for visitors in Budapest on the 25th of March, and it will travel around in Debrecen, Kisvárda, Gödöllő and Szeged too.

The good photo is that what we can regard at least for more than 2 seconds, said Attila Bartis, writer and photographer in his opening speech. Well, the jury did a really good job this year, because all of the shots are enthralling. We asked Petr Josek the member of the jury about that what was the most difficult decision from the competing pictures and why.

The winners of the Hungarian Press Photo Awards were announced on 25th January, you can see the nominees HERE.