World Family Summit to Be Held in Budapest This Month: Philip Zimbardo, Viktor Orbán to Attend 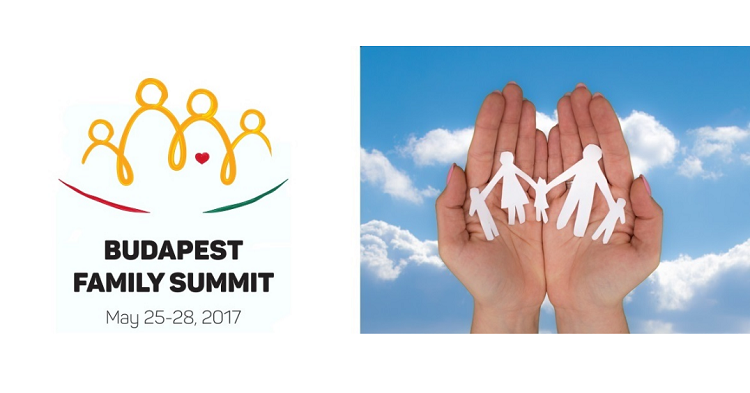 The Budapest Family Summit, an event focusing on, surprisingly enough, family issues, will be held later this month in Budapest, from May 25th to the 28th. The event will include famous politicians, scientists, and thinkers.

In addition, the conference aims to “further enhance Hungary’s favourable international reputation and promote the spreading of family friendly-policy at the international level.”

The event’s programs include talks by numerous important cultural, political, and academic figures; one of the Summit’s most notable guests is famed American psychologist Philip Zimbardo, who will be giving a keynote speech on the afternoon of the 25th entitled “Man, Interrupted.” Zimbardo is known worldwide for his research involving human behavior and the factors that make people commit evil acts. You can view a video of him giving a TED talk on “the psychology of evil” below:

In addition, the Family Summit’s official opening will include a welcome address by Viktor Orbán. Throughout the Summit, figures such a Cardinal Péter Erdő, Archbishop of Esztergom-Budapest and Primate of Hungary, and Allan C. Carlson, founder and honorary president of the World Congress of Families, will participate in various sections.

Describing the goals of the event, the Summit’s official site writes that:

The values of accepting life, undertaking to give birth to and raise children, and families based on the marriage of a man and a woman have been compromised in the past decades but need to be restored in order to implement a sustainable future. We are glad that in Hungary the number of marriages is increasing – we are convinced that the family-friendly measures contributed to this –, the ratio of divorces is declining, willingness to undertake to give birth to and raise children has improved to some extent, and the number of abortions is continually decreasing, furthermore, the number of adoptions is rising.

Building on this, the site explains that the purpose of the Budapest Family Summit is “to promote the creation of a life-, family-, and marriage-friendly environment” in Hungarian and international public discourse. In addition, the Summit aims to examine solutions and “opportunities based on unconventional approaches to demographic challenges affecting several countries,” as well as to exchange “views on efficient and good practices.” 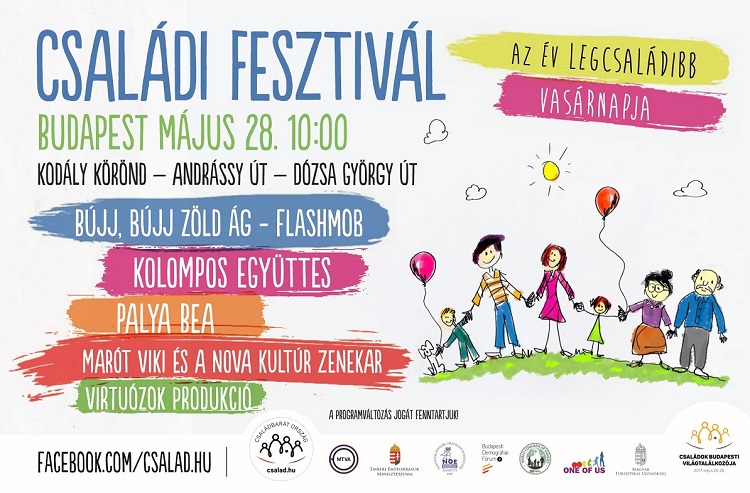 The poster for this year’s “Famiy Festival,” which will be held on May 28th as part of the Budapest Family Summit (Image: budapestfamilysummit.com)

The Summit will host a series of various events. The opening day, May 25th, will host the ‘2nd Budapest Demographic Forum’, which will include lectures by Hungarian and international experts, academics, and politicians on the topics of demography and family policy.

This will be followed on the 26th and the 27th by the 11th World Congress of Families, which is being organized in conjunction with the Summit’s international partner, the World Congress of Families, a US-based organization. In addition, another of the Summit’s key partners, the Hungarian National Association of Large Families, will participate in organizing this event as well. Religious, political, and academic figures from Hungary and around the world will be taking part in the conference.

Also on the 27th, a forum on “the protection of life” will be hosted by the group One of Us. Hungarian and European NGOs, politicians, professionals, and clergy members will be in attendance.

On Sunday, May 28th, the final day of the Summit, a ‘family festival’ will be organized in downtown Budapest, which will include games, cultural events, and concerts, all of which are free, and open to the public.

Via the Budapest Family Summit