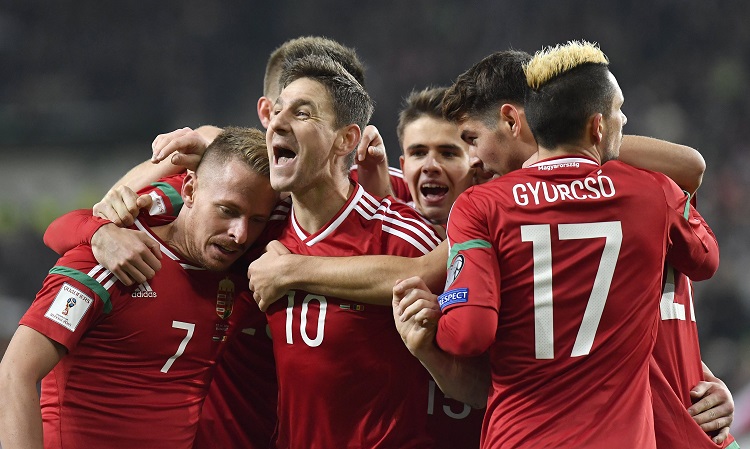 Goals from Zoltán Gera and three of Hungary’s Ádáms – Lang, Gyurcsó and Szalai – crowned a diligent and clinical team performance in a fine 4-0 victory against Andorra in their FIFA 2018 World Cup qualifier tonight. 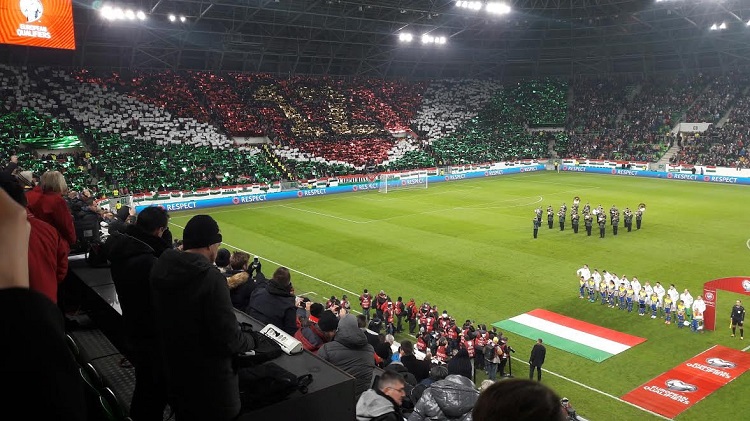 Hungarian fans are behind the national team as “12th player”

It was a quiet, cautious start to the game as Andorra sat back and Hungary attempted with varying success to pass the ball quickly and stretch play to the wings. Eventually Hungary found a way through and it was indirectly thanks to the familiar figure of Balázs Dzsudzsák, albeit via his less vaunted right foot. Stationed on the right wing with licence to cut inside, Dzsudzsák twice beat his opposing defender and crossed low with his right foot to set up uncomplicated finishes, firstly for Zoltán Gera just after the half-hour mark after the Andorra goalkeeper Josep Gomez diverted the ball out to the veteran Ferencváros playmaker ten metres out, before then firing in another fizzing pass for defender Ádám Lang to divert first time into the far left corner of the net two minutes before half-time. 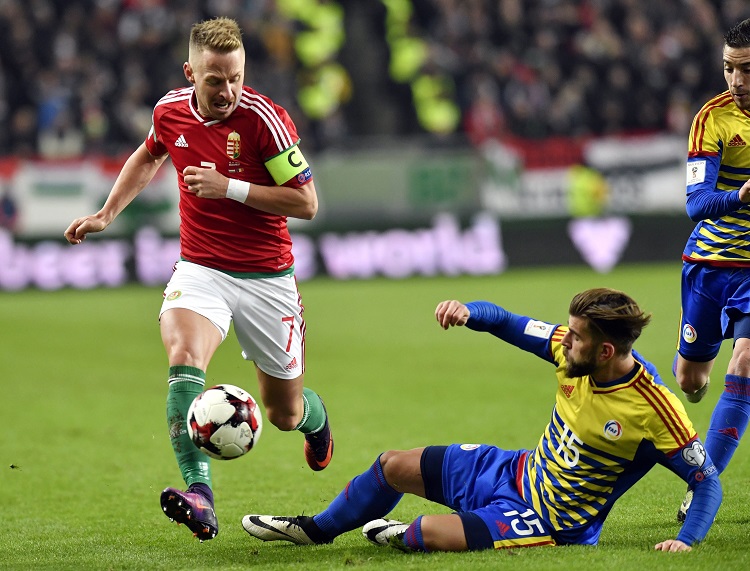 Hungary’s clinicism and Andorra’s defensive nature meant the game was effectively over as a contest by the break, the second period almost resembling a training match as Bernd Storck’s men camped in the Andorra half. It wasn’t until the 73rd minute that Hungary extended their lead though, Gera’s delicious through-ball finding Ádám Gyurcsó free in the left channel and he applied a decisive finish into the far right corner of the goal. There was still time for the coup de gras to be applied though, substitute Zoltán Stieber dancing the byline and slipping the ball to Ádám Szalai who flicked the ball goalwards with his left heel, a shot which still ended up in the net despite the best efforts of a covering defender.

Hungary occupy currently the third place in qualifying group B, five points behind Switzerland and two points behind Portugal. However, tonight’s confident victory has kept Bernd Storck’s men in touch with the leaders ahead of the next fixture, away to Portugal on 25th March 2017. 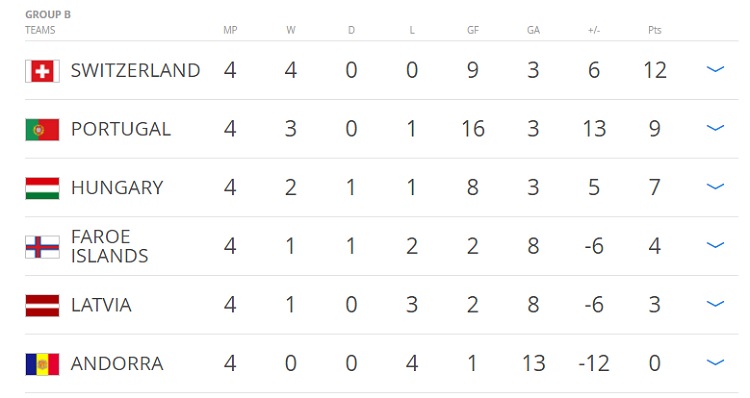 Hungary must defeat Euro2016-winning Portugal to finish second  in Group B (source: fifa.com)

On Tuesday Hungary will play their last game of the year as an international friendly against Sweden will be held to give fans the opportunity to say farewell to national-team stalwarts Gábor Király and Roland Juhász. Both the veteran goalkeeper and the defender retired from international duty after the successful Euro 2016 campaign but they both will make one more special appearance at 19:45 on Tuesday 15th November, once again in the Groupama Arena of Budapest.