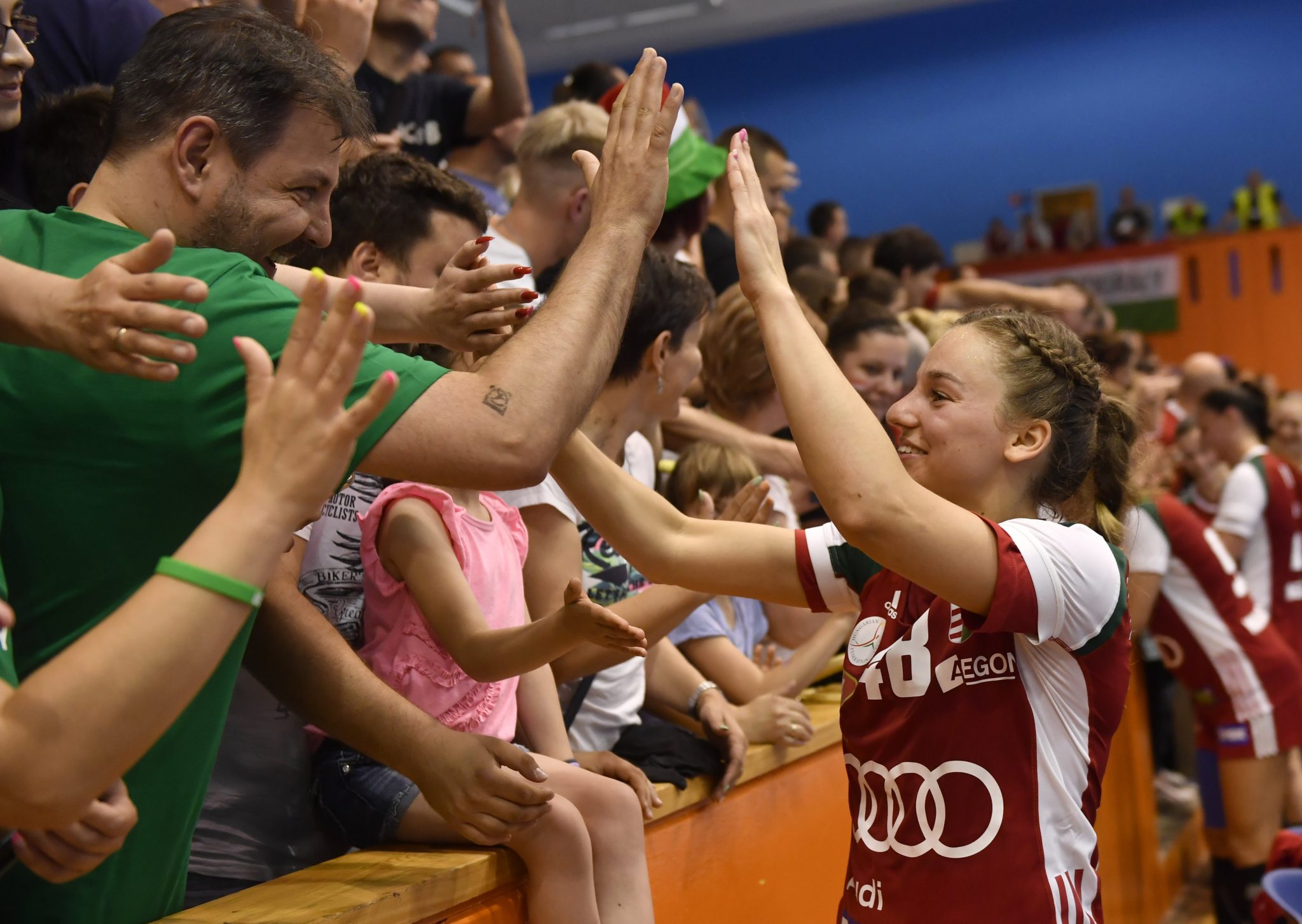 The Hungarian women’s handball team qualified for the world championship by defeating its Austrian opponent in Zalaegerszeg, in western Hungary, on Wednesday. 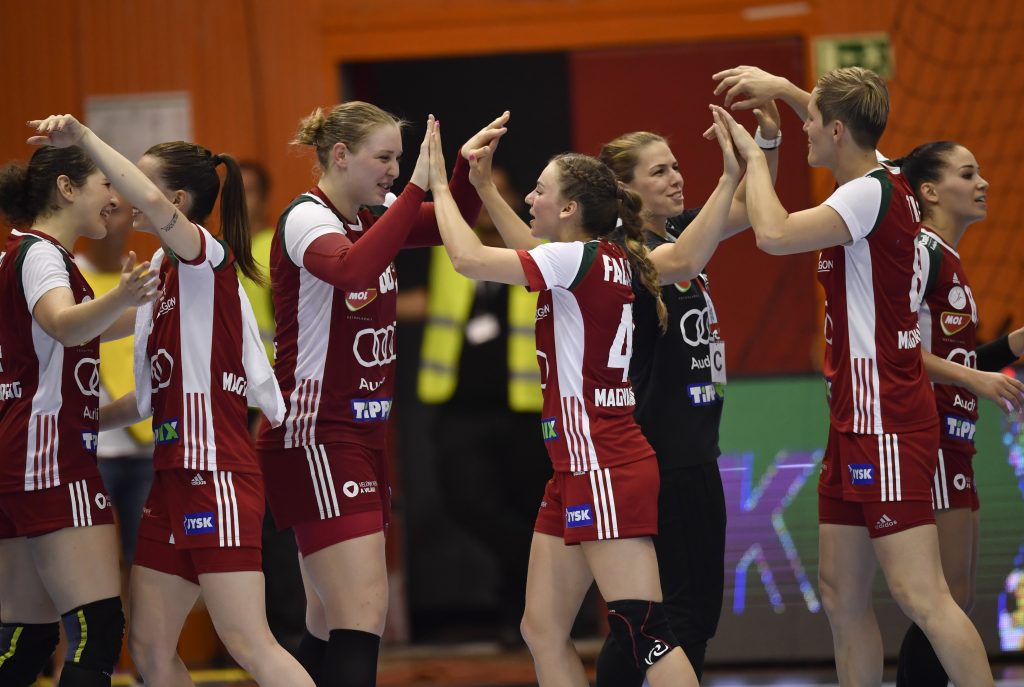 The Hungarian team qualified for the world championship, to be held in Japan late this year, with an aggregate score of 69:42.

In the featured photo: Dorottya Faluvégi celebrating with Hungarian supporters after the qualification. Photo by Tibor Illyés/MTI