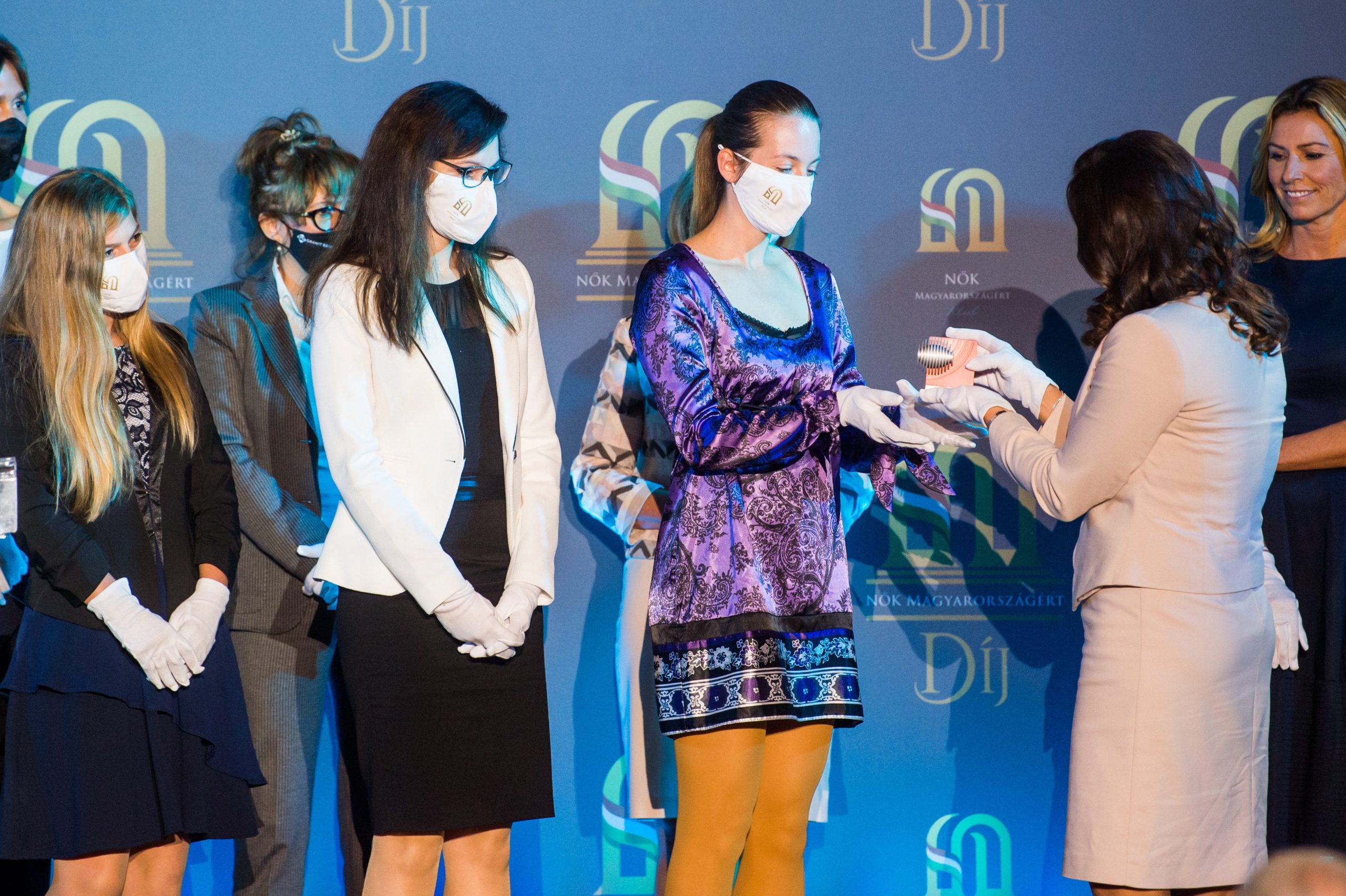 The ‘Women for Hungary’ awards were handed out to women who have shown exemplary behavior during the first wave of the coronavirus. The Minister for family affairs said they want to create a tradition and established the prize so that women could draw strength from it.

At the ceremony, held in Budapest’s Museum of Fine Arts on Monday, Katalin Novák said that the award was given to those exemplary women who have been models for society during the pandemic. Novák, who is also the president of the organization, claimed that the epidemic has drawn attention to ordinary heroes. Women are in the majority in health, education, and the social sphere, areas where care is the focus.

The Minister explained that 18 members of the ‘Women for Hungary Club’ thought that something should be done for them as well.

Awards were handed out in four categories: healthcare, education, social and other fields – with a grand prize of HUF 5 million (EUR 14,000) per category. There were five hundred candidates for the prize, which a professional jury narrowed down to twenty names. They were then put to a public vote, which saw more than 12,000 people deciding on the four grand prize winners.

Healthcare category winner nurse Barbara Fábián worked hard during the epidemic to inform people about risks and prevention. She organized material procurements needed for mask production, and also took a leading role in the distribution of protective equipment, all this as a single mother of three.

Folk dance teacher Katalin Balatoni, winner of the education category, provided online content for teaching not only for Hungarians in Hungary but also for those in the Carpathian Basin and around the world.

Marika Klenik, who won the social care category, for example, left her grandchildren in order to move in to an elderly care facility to help and encourage residents there. She also took up a role in mask production.

The female members of the Virology Research Group of the Szentágothai János Research Center at the University of Pécs won the ‘others’ category by testing basic pharmaceutical products for their effectiveness in the inhibition of the coronavirus.