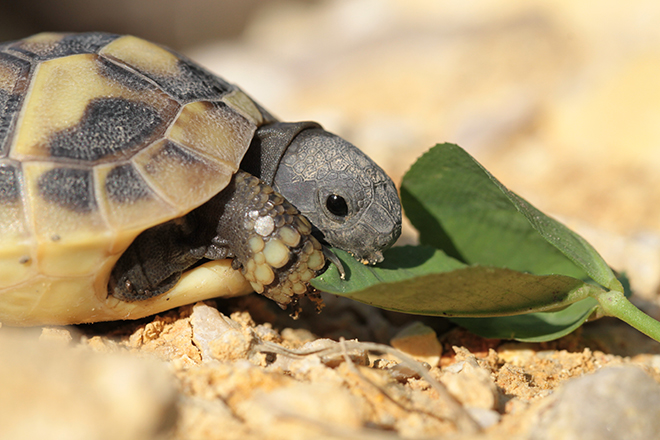 The woman who is suspected of fatally injuring a Greek tortoise with a stone at the Budapest Zoo and Botanical Garden last Wednesday afternoon, was caught by the police last week and her preliminary hearing took place at a Budapest court on Sunday.

The preliminary hearing of the 20-25-year-old woman from Ózd was closed to the public, so it is still unknown what she said in court about her motives. However, the woman answered the questions of the journalists after appearing at court without the presence of her lawyer. According to index.hu, the prosecutor’s office asked for the criminal supervision of the woman: she will have to report to the authorities twice a week, and is not allowed to leave the area of the capital or visit the zoo.

According to the news portal, the woman spoke to journalists “with surprising openness,” showing her face and giving her name along with her statement. However, “she didn’t seem to be 100 percent aware of her words.” The woman came up with an unexpected explanation of why she killed the turtle:

I wanted to draw attention to myself so I didn’t have to beg or become a prostitute.

While, according to origo.hu, she claimed that she wanted to show her friend who accompanied her at the zoo “how a tortoise dies.”

The woman, appearing unhinged and speaking erratically, said she “…didn’t want to become famous because of a tortoise” and that she has been homeless for the past three months. She claimed that she did not want to go to jail, yet “it might be safer” for her there, adding that she has not received any help and has had to live on the streets. According to her, she has a family. Her relatives have jobs and a home and she believes they will understand the situation.

The quite young, 8-year-old animal was found by caretakers of the zoo on Wednesday evening at the pre-closure check, but its injuries were so severe that the veterinarians could not save the animal and it had to be euthanized. The armor covering its body was completely split on both the abdominal and dorsal sides by a two-finger width length, and his internal organs were severely damaged as well. Greek tortoises can live up to a hundred years under the right conditions, and have been categorized by the International Union for Conservation of Nature as a “vulnerable species,” which means they are likely to become endangered unless the circumstances that are threatening its survival and reproduction improve.