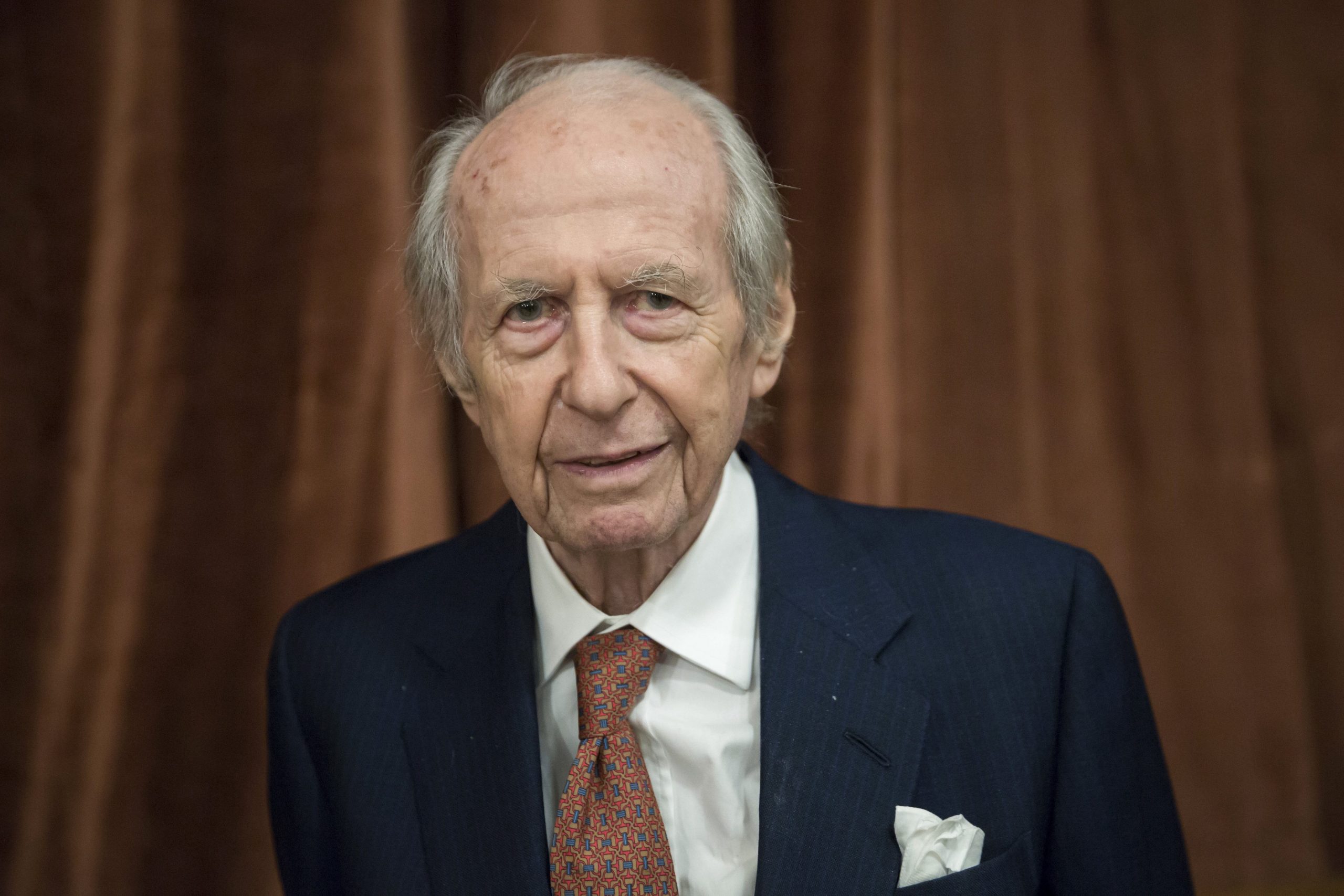 Baron William de Gelsey (Báró Gelsey Vilmos) has passed away at the age of 100. One of the founders of the Friends of Hungary Foundation, Baron Gelsey lived a life of achievement, faith, and community service. Among his many undertakings as an economist and banker, he was the chairman of Gedeon Richter’s board of directors, and became a permanent honorary chairman of the company in 2017.

William de Gelsey was born in 1921 in Vienna to Marguerite and Henry de Gelsey. He was a descendent of the Gutmann family, who, after their involvement in spurring Hungary’s transport business during the industrial period, received the status of nobility and the name Gelsey in 1869, as well as the title of barony in 1904.

From then on, the Gelsey family turned the village of Belistye (Belišće) into a thriving, significant settlement. Gelsey said that when he visited it in 2018 he was treated like a saint.

After completing his master’s degree in environmental sciences at the famous Trinity College in Cambridge, he finished an internship at Imperial Chemical Industries. Initially working as a chemist, he later decided to shift his career path into the field of investment banking.

Gelsey lived in England for most of his life. From 1942 he worked for Imperial Chemical Industries, and in 1960 he became the managing director of Hill Samuel & Co., then vice president of the International Consortium of Orion Royal Bank.

He moved to Vienna in 1988, where he worked as a consultant for Creditanstalt (now UniCredit).

He became the permanent honorary chairman of the board of directors at Gedeon Richter Plc. on January 1, 2017, and then the Senior Adviser to the Deputy Governor of the Central Bank of Hungary.

In 2005, Pope John Paul II. bestowed Gelsey with the rank of Knight Commander in the Order of St. Gregory the Great as recognition of all the work he did for the Hungarian Catholic Church.

Gelsey was also the recipient of the Award for the Hungarian Economy in 2009.

In 2014, the Vilmos Gelsey Pedagogical Institute of the Diocese of Szeged-Csanád created the Báró Gelsey Vilmos (Baron Vilmos Gelsey) award. The award is given to teachers and financial workers of educational institutions who show outstanding work in the field of Christian education. 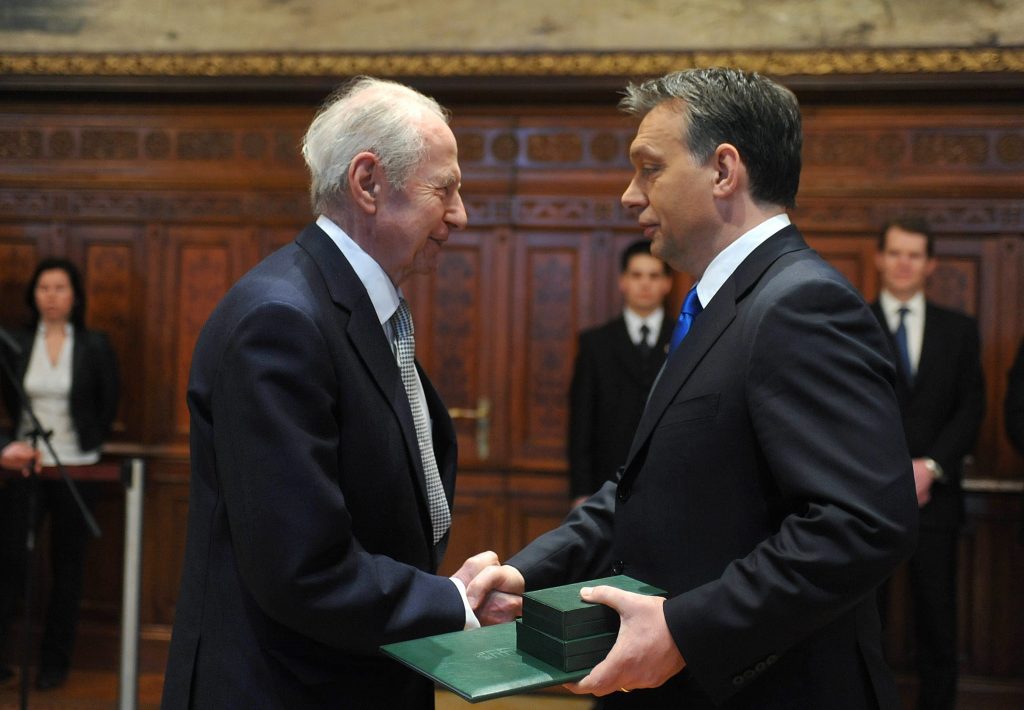 Baron William de Gelsey remained active throughout his entire life. Even he considered himself young at 95, regularly travelling between London and Budapest. He kept himself busy, and followed a precise, strict schedule.

He chose not to get married or start a family in order to have more time for his undertakings.

When asked in 2019 if there was anything that he regretted, Gelsey responded that “at almost 100 years old I can happily say that I am healthy, I can travel and work on my own, and am surrounded by many helpful people. The only thing which I truly bothers me is that I never met my grandfather, since he passed away before I was born.”

In the same interview with Hungary Today, when asked about what he was most proud of, Gelsey responded that “I am most proud of the fact that, 140 years later, the Croatians of Belišće still respect and honor the memory of my family so much that they recently awarded me honorary citizenship.” 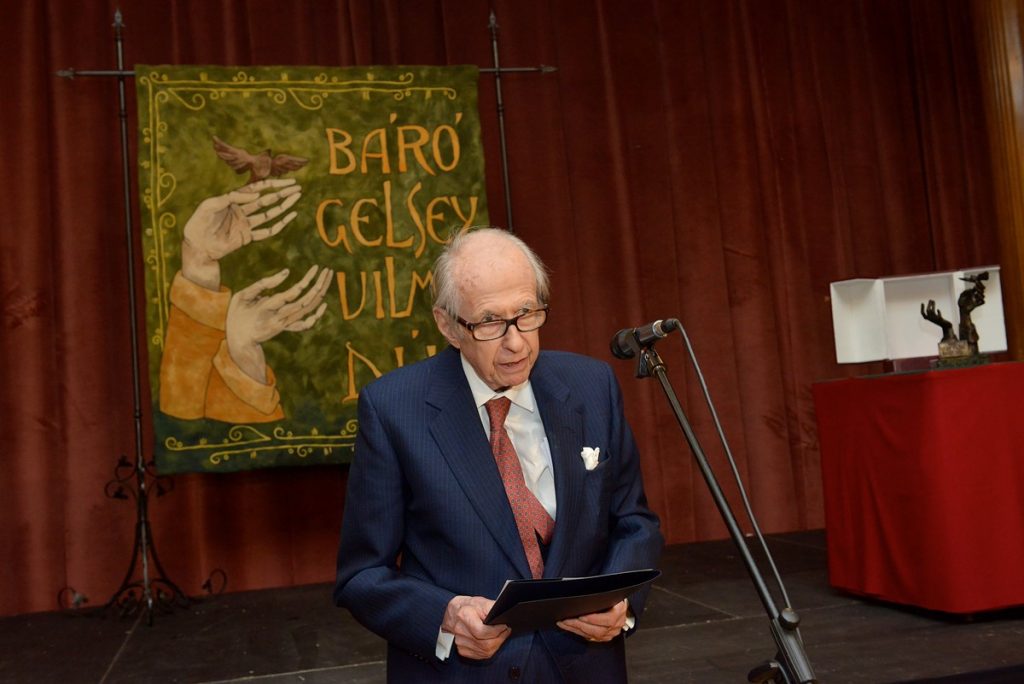 In the 1800s, The ancestors of Baron William de Gelsey (Báró Gelsey Vilmos) gained wealth and prestige as a result of the wood and railway industries. Following his studies at the famed Trinity College, William worked first as a chemist, and then as an investment banker. At nearly 97 years of age, the Baron is […]Continue reading

Gelsey believed firmly that strong foundations are required for any functioning country. In a 2016 Mandiner interview, he said that “If the economy is strong, your money will be strong too,” and vice-versa.

He strongly opposed anything undemocratic. In the same interview he laughed as he said democracy started when “the nobility warned the king: if you don’t behave, we’re going to have problems!”

Respected and remembered for his faith, community service, and inspiring approach to life, Baron William de Gelsey will be greatly missed.