President János Áder called for action to prevent “the natural assets” of the Earth from being completely depleted, in his address to the opening of a World Export Development Forum in Budapest on Wednesday.

The 2017 edition of the annual World Export Development Forum (WEDF) kicked off on Wednesday in Budapest, Hungary under the theme ‘Trade – A Force for Good: Include, Innovate, Integrate’.

Referring to the depletion of the world’s natural resources, János Áder, the President of the Republic of Hungary, warned that “we are not spending the interest on that natural capital but using the capital itself; it is time to change that practice.” He said the world was depleting far too many of its resources every year. The president noted that the turnover of global trade is 32 times as intensive as it was in 1950, and its basic formula was to “extract, process, use, discard” at the highest possible speed. He added that no consideration was being given to such factors as polluting the air or water, ruining bio-diversity or damaging human health. Áder called for making the fuel consumption of ships more efficient. He noted that 80 percent of the world’s merchandise is transported by ship, and cargo ships account for some 3 percent of global carbon dioxide emissions — more than the total emissions of Germany, or 15 times those of Hungary. 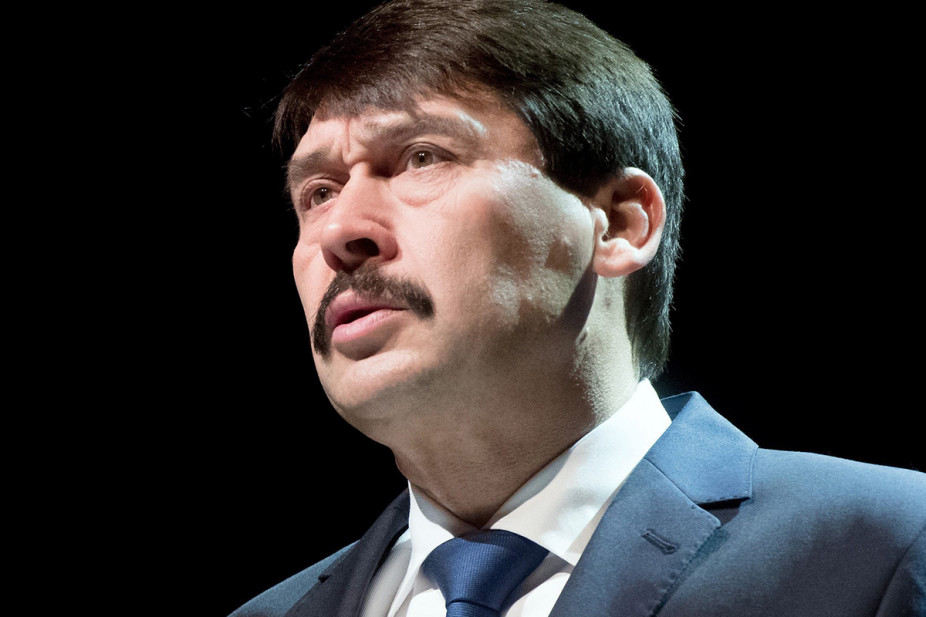 He also warned that by 2050, emissions from ships would reach 17 percent, exceeding the combined emissions of all European Union member states. He said that the Paris Climate Agreement should be extended to cargo ships, too. The president also said it was necessary to switch to more environmentally friendly wrapping materials. He insisted that industry and trade used a tremendous amount of plastic, and said that a truckload of waste was dumped in the seas every minute. “Waste has now formed islands the size of Argentina,” he said. “If that tendency continues, in 2050 there will be more waste in the water than fish.”